Snaith and Fourie warm up Fairview with hot form

After bagging four winners each at the L’Ormarins Queen’s Plate over the weekend, trainer Justin Snaith and jockey Richard Fourie will be super confident for PE. 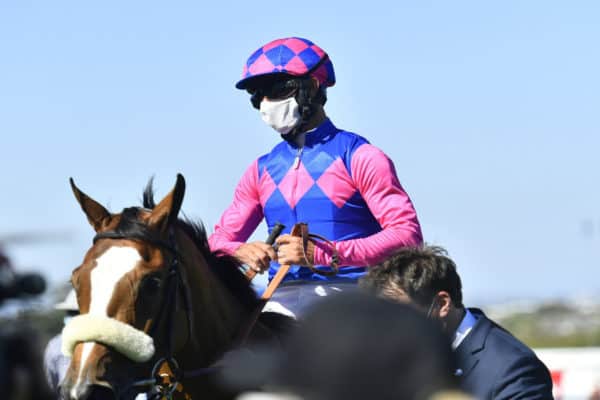 Fresh off a successful L’Ormarins Queen’s Plate weekend, Richard Fourie will be in action at Fairview on Monday. Picture: Ashley Vlotman/Gallo Images

After bagging four winners each on L’Ormarins Queen’s Plate day in Cape Town at the weekend, trainer Justin Snaith and jockey Richard Fourie will be super confident for Monday’s race meeting in PE.

The Fairview Polytrack fare is small beans compared to the swanky goings-on at Kenilworth, but Race 7, the Aloe Handicap, a non-black-type affair for three-year-old fillies, is enough of a lure for the high-riding pair of luminaries.

During his victorious march through Queen’s Plate day – including snatching the main race with Jet Dark – Snaith mentioned that several of his promising horses had been “cooked” by a hard track during the Durbanville season. Zambaq is likely to have been one of them.

She won at the country course on 28 July – to complete a double following victory a month earlier at Kenilworth – but was then out of action for three months. Her comeback reflected a lack of fitness, but then she shot back into the limelight with a battling second to Maledimo in a FM91 Handicap over 1400m at Kenilworth just before Christmas.

All indications are that Zambaq will pack far too much power for the Fairview locals, but young horses can be mercurial. A fellow daughter of burgeoning sire Rafeef, Alan Greeff-trained Franca, is a speedy sort who could give the visiting hot-shots a klap if they drop their guard.

Snaith and Fourie – who combined for two of their respective quartets of wins on Saturday – will also be favoured to succeed with Zambaq’s travelling companion, Pairs Rix, in Race 3.

Fourie rides for various other trainers throughout the card and has decent chances in most races, particularly on Evie’s First in the third, On Your Marks in the fourth and Mach Four in the sixth.