SA economy teetering on the edge

This winter’s negotiations will be about much more than wages. 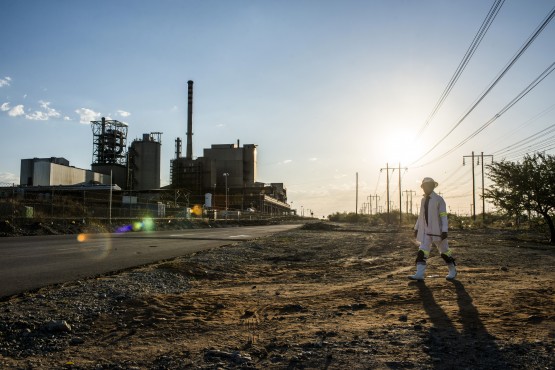 The South African economy has had such an awful five years that it’s almost painful to the point of being rude, or perhaps imprudent, to ask why. It has looked tired, sluggish and beset by chronic unemployment, while straining its muscles to spread the reach of its social grants.

While I enjoyed writing about our education system, the youth and their future, I’d like to return to my reflections on labour matters.

One of the teenagers in my family recently asked me “what exactly do you do?” I quickly said: “Well I measure how government policies affect the lives of workers, and in turn how workers impact on the economy, negatively or positively so.”

This conversation and the July 4 Statistics SA (Stats SA) quarterly employment statistics survey (QES) led to this article. As expected, (unless you haven’t been following the trend) the picture painted by Stats SA is a dark one  – morbidly so. As expected, mining and manufacturing shed 12 000 jobs, the slow demand and still-low commodity prices, has and will continue to result in huge job losses.

Dare I say, the most serious threat to the future of our economy in the coming quarter will be brought on by the developments that will shape up the 2016 period of wage negotiations in three areas: the platinum sector, retail motor industry and the vehicle assembly industry.

Perhaps even more menacing to the already-rickety economy than shedding more jobs, is how the unions that will be the dominant voice in these coming wage talks are both enjoying the status having a reputation built on militancy, loudness, uncompromising stance, and have seen a growth in membership. They also happen to currently be sitting outside the warm tent of the workers federation – Cosatu.

No wonder Cosatu is raising a ‘cautioning call’ I never thought I’d hear the federation bellow out. In a statement released on July 4, the federation “urges workers to ensure that they balance salary adjustment demands with job security during wage negotiations”. In other words, their members must temporarily park the idea of a ‘living wage’ demand in order to ensure job security. Who would have thought we’d live long enough to hear such?

While this pragmatic approach must be applauded, it must also be seen in light of the changed landscape of organised labour politics. By that I mean the focal point of unions is no longer centred on workers’ issues, but is driven by political decisions that are mostly found in political organisations, power, influence, access to political leadership and money.

Of course, you may object lightly (or furiously) to my view that we are headed for treacherous waters when those talks begin. The country’s economy cannot afford to have even one of those unions striking, and this is why: collectively the workforce accounts for over 415 000 members, just in those three sectors alone.

To put it more bluntly, this year’s round of wage talks will be a precursor to the extent to which Amcu and Numsa can pose a serious challenge to the waning power of Cosatu, let alone secure wage demands put forward by their members to the employers. In fact, the signs coming from the economy’s current performance say the latter won’t be achievable.

Last year’s turbulence of union rivalry will continue; the worker-on-worker clash at Northam Platinum bears witness to that.

Let me briefly conclude by reminding you that in as much as I have stated before in some of my earlier writings, in a year of elections, politics of ideology and social interests will rule supreme even at the cost of the national economy.

“Winter is coming” is the motto of House Stark from the popular TV series Game Of Thrones. It best describes the possible reality that can characterise the coming wage talks. Suppose the two unions come together during this period to “maximise their bargaining power”, after all it is no secret that both Amcu and Numsa are the biggest unions in their respective fields. They are very much the Two Towers of Dominance. The balance of power in the private sector unions has shifted so overwhelmingly that come mid-July, when employers and employees finally meet, that nothing short of an actual conformation by both unions will see the coming alive of the newly-formed Workers Federation.

Winter has indeed arrived in the form of this year’s wage negotiations.