Don’t bet against the rand 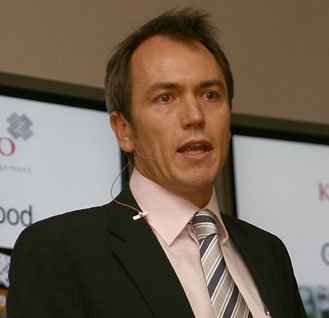 As the rand hit R13.49 to the US dollar, its strongest point since August and a full 13.5% higher than it was in January, complacent investors would be wise to pay attention. That’s because 73% of the value derived by the top 40 companies on the JSE comes from offshore – up from 43% in 2006. 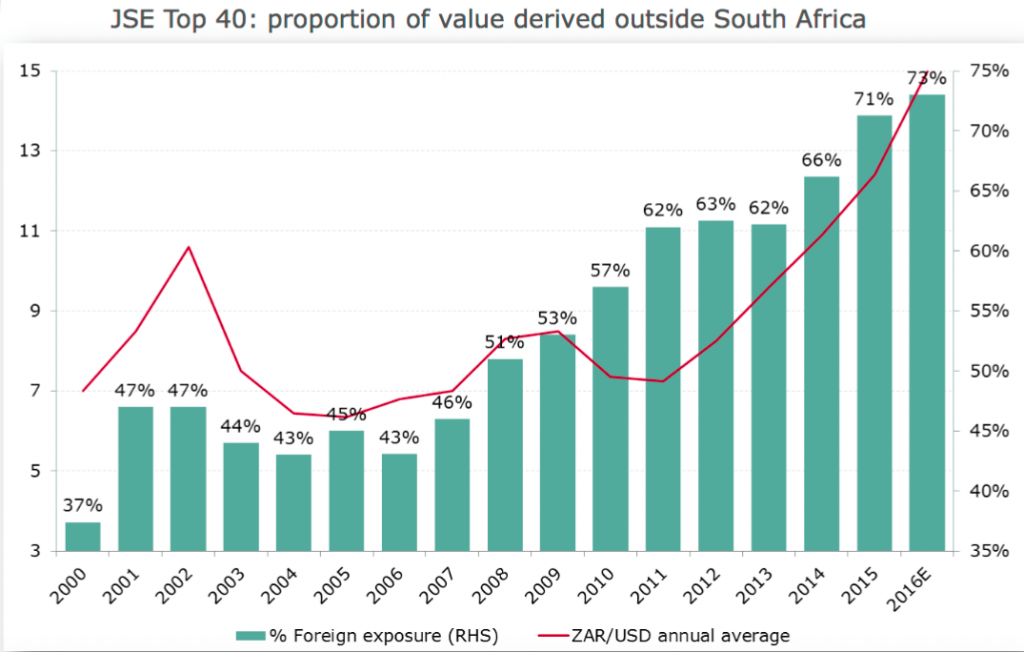 “Rand weakness has contributed a huge amount to the gains in equities,” warns Gavin Wood, CIO Kagiso Asset Management. “But be aware that the rand does not always weaken as expected. Remember 2001 – the rand was R7 to the dollar and stayed there for a while. It could happen again.”

Investors in the Top 40 index need to understand that they are taking a huge rand bet, he adds. “I think as investors we have become complacent.”

Between 2004 and 2015 the top FTSE/JSE Top40 Index delivered returns of about 18% per annum. Of this 3% was attributed to dividends, 8% to company earnings (ex-currency) and the balance, 7%, can be attributed to currency effects and PE expansion. 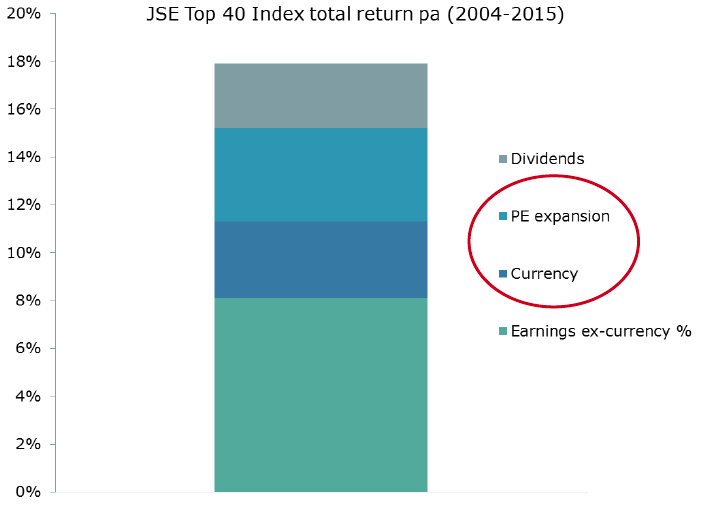 PE expansion (share price growth) has been driven by local and international investor expectations. However, foreign investors tend to react quickly to negative news or earnings disappointments. For instance, offshore institutions in January held almost 55% of Mr Price’s available free float, up from 20% in 2010. But following poor interim results investors dumped the share, causing it to fall by 35% virtually overnight.

Equities are not the only assets under pressure. Realised returns are falling in all asset classes, making investment choices difficult. 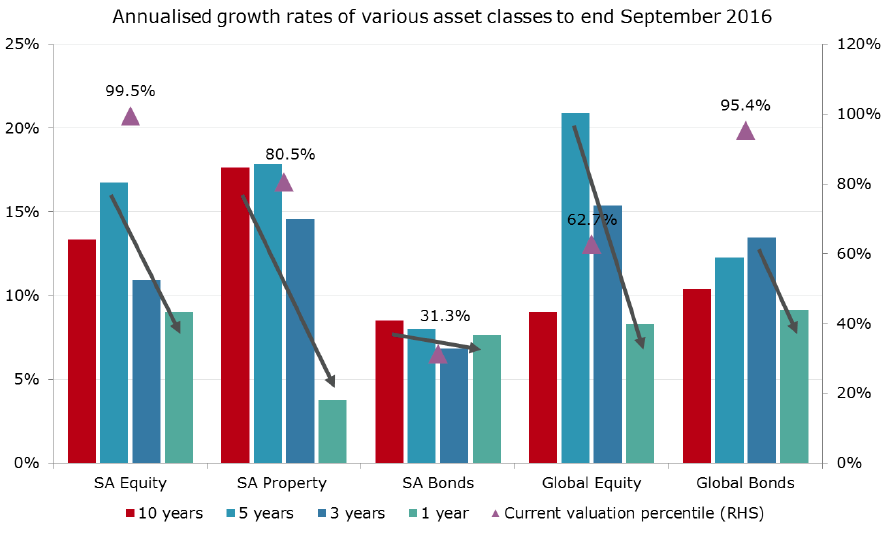 Now more than ever, careful asset allocation and stock selection is what will allow investment managers to differentiate, with some merely mimicking the index and others creating alpha, Woods says.

Kagiso has a simple investment structure, with just four funds for investors to choose from. These extend from a low risk fund that aims to protect capital,  to a pure equity fund which offers investors higher returns, for more risk.

In the SA equity space Kagiso is invested in companies like Naspers, Old Mutual, AECI, Tongaat Hulett, Royal Bafokeng Platinum, Mondi and First Rand. However, as a smaller manager, the company is able to invest in mid-cap stocks, which can offer better investment opportunities than the Top 40 which is well covered by analysts and arbitrage opportunities are few and far between.

A mid cap example is Mondi which investors assume is ‘just’ a  paper company, but is so much more, says investment analyst Justin Floor. Since 2009 the company’s (euro) return on capital has steadily increased, rising from 8% in 2009 to 20% in 2015. “It has extensive land holdings and hundreds of years of trees which is very difficult to replicate. Their plants are also in close proximity to the forests making them one of the lowest cost producers in the world,” he says.

Three of Kagiso’s funds (excluding the medium-high risk Equity Alpha fund) are invested in what it calls ‘low beta’ funds. These are investments whose movements are uncorrelated to the rest of the market, making them less volatile. One of these investments is Capital Appreciation, a special purpose acquisition vehicle that listed on the JSE last year. “Cash raised is held in escrow pending the conclusion of a transaction,” says Floor. “If it is not invested within two years it is returned to investors plus interest, making it an effective yield instrument.”

Global equities also have a role to play in all four funds. This is not simply a strategy to bet against the rand, says Floor, but is a mechanism to provide local investors with exposure to structural growth trends not available in South Africa. These include healthcare for ageing populations, global technology and automation. Investment opportunities include Brookdale Senior Living, Spire Healthcare, SoftBank and Philips.

Kagiso’s biggest offshore holding is Prudential, the UK-listed financial services group with significant operations in Asia, the US and the UK and South Africa. Earnings are incredibly stable – 70% of earnings are outside the UK –  with compound annual growth of 16% per annum since 2006. “It’s an enduring multi-year story,” says Floor.

Listed property, despite recent bad press, remains selectively attractive outside of the South African Property Index which after ten years of strong growth is now on the expensive side of history. Funds to watch include Equites, Hospitality Property Fund and the very unloved Delta Property Fund which specialises in government rentals and which is priced for disaster. “We think this is unlikely,” says Floor.

Asset allocation is a vital determinant of alpha (the ability to out-perform the index), says Woods. In an environment of low returns it is not only the smaller asset managers (with R40 billion under management as opposed to R400 billion) that can outperform – by virtue of the fact that they have a larger universe of stocks to invest in – but those who continue to seek unconventional alternatives.