But just who are they, and how will fiscal policy change towards it? 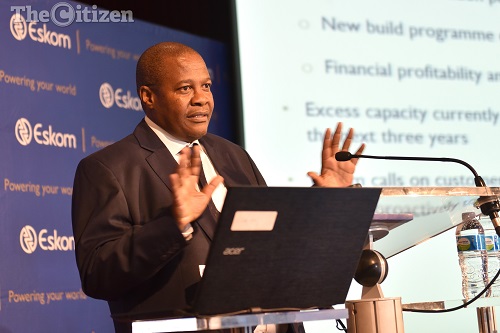 The Sunday Times reported on the weekend that Brian Molefe is set to be nominated as a member of parliament by the ANC in the North-West, possibly paving the way for his appointment as Minister of Finance following a cabinet reshuffle next week.

This is entirely expected. Brian Molefe’s career, for the most part, has had the trajectory of a man capable of assuming this high office. Stints as a senior executive and leader at the PIC, Transnet, and Eskom have revealed a man capable of running large organisations and more importantly, large balance sheets. His prior experience at National Treasury will also be invaluable.

But following the release of the report into State Capture by the previous public protector, there are serious questions that linger about Molefe’s relationship with the Guptas and how this translated to decisions he made at Transnet and Eskom.

And, like his soon-to-be-boss, he also shares a palpable dislike of “white monopoly capital.” Speaking at a breakfast hosted by The New Age last November, shortly after announcing his resignation from Eskom, Molefe variously referred to white capital, international capital, and the white bourgeoisie, as a “monstrous” and “gigantic beast” that “coerces” and “persuades” all with a view to “oppressing” and “exploiting.”

To quote Molefe: “The Beast and its surrogates have been hard at work throughout Africa to ensure that African wealth continues to benefit white people, whether resident locally or quietly settled in their home countries. They continue to use various methods to fight attempts by the natives to be sufficiently empowered. Attempts by the natives at economic transformation are seen by the beneficiaries of apartheid and colonialist economic systems as trying to interfere with white monopoly capital.

Accordingly, a number of concerted campaigns have been mounted to discredit as many black businesses and black entrepreneurs as possible. This is natural for them, because the true success of black businesses in this country is seen as a threat to white monopoly capital. In reality, this should not be the case, because there should be a symbiotic relation between the inevitable advancement of black business and the protection of established white business.”

These sentiments are similar, in fact almost identical, to the narrative the President, surrogates of the Guptas, and the colonies of Paid Twitter seem to attribute for the slow rate of transformation within the economy. It’s also a line of defence used by those accused of having their hands in the cookie jar (public purse) to deflect attention to the greater crime committed by the racist capitalists.

But just who is this hydra-headed “elephantine” monster referred to predominantly as white monopoly capital? Not Mr Molefe nor President Zuma nor anyone else as far as I am aware, has put a name or face to this monster that suppresses the economic emancipation of the African people. So perhaps you can enlighten us, Mr Molefe?

Until you can clarify your position, we will be forced to speculate.

Is it the banks, those highly regulated financial institutions within our internationally admired banking system that dared to close the accounts of your friends? As Finance Minister, I am sure you would be eager to minimise their power, especially the select few who, as primary dealers, will cash every cheque you write as the head of our Treasury.

Or perhaps it’s those anarchic destabilising despots in the international bond market? All those largely white-male-forty-something bond managers that sit in places like London, New York and Los Angeles that have lent, and continue to lend, the government of the Republic hundreds of billions of rands. Surely you can’t be seen to be taking money from them, can you?

And what about western white monopoly capital? Those companies like Microsoft, Mercedes Benz, BMW, Unilever, Cadbury, Coca Cola, McDonalds,  to name a few, that come to our country, invest capital and employ people, some of which they actually train and upskill. They too must be punished for usurping the economic agenda of the ruling party!

But I think its really just white (South African)  capital you are referring to – any business owned by a white person. At the very top, its led by the Oppenheimers, Johann Rupert and Christo Wiese, and which runs all the way down to the entrepreneurs with one employee. These are the whites that stuck around, risked capital, and in varying degrees of obedience, paid their taxes (in the trillions of rands) in order to prevent the economic emancipation of the “natives” (your word, not mine).

Come now Mr Molefe, you know as well as I do that an economy as open and as structurally challenged as ours is (high unemployment, massive wealth inequality) needs as much capital as it can get in order to grow and transform. It needs white capital. It needs black capital. It needs international and African capital. But more than anything, it needs the government to attract capital by setting the rules of engagement and then enforcing them, not have its head of finance moan about monsters coercing and persuading. So stop speaking nonsense.

Put a name and face to this enemy, so we can prosecute the accused on the facts, or carry on with this propaganda and stand accused of being conflicted.

Brace yourself for Stage 2 load shedding, says Eskom
1 hour ago
1 hour ago

Brace yourself for Stage 2 load shedding, says Eskom
1 hour ago
1 hour ago