Banking index down 12% in two weeks. This was not unexpected, as the ratings of banks are linked to the country’s sovereign rating, which S&P downgraded on Monday.

All the major banks shed between 2% and 3% shortly after the opening of the market, continuing the stark selloff that started after news broke that President Jacob Zuma recalled finance minister Pravin Gordhan from an international investor roadshow.

The share prices continued to tank after the president fired Gordhan and his deputy, Mcebisi Jonas, a few days later.

Over the past two weeks, the banking index has shed 14.7%. 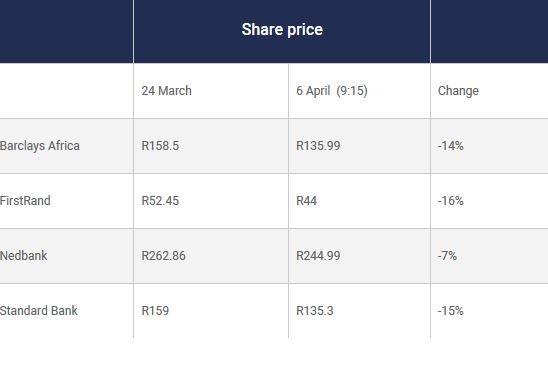