Flying high: Weed in the workplace

Employers may have to reconsider how, in the workplace, they deal with the effects of personal cannabis use. 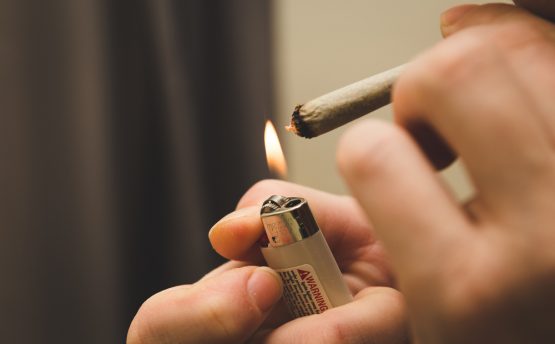 In the last few weeks, several news outlets have suggested that the use of cannabis is now legal. Before employees are emboldened to light up, it’s important to note that this isn’t what the High Court found.

In Prince v Minister of Justice and Constitutional Development and Others [2017] ZAWCHC 30, the Western Cape High Court reasoned that the “blunt” instrument of criminal law as employed under the current legislation is disproportionate to the harms that the legislation seeks to curb insofar as the personal use and consumption of cannabis is concerned.

The court declared parts of the Drugs and Drug Trafficking Act, No 140 of 1992 and the Medicines and Related Substances Control Act, No 101 of 1965 inconsistent with the Constitution to the extent that they encroach upon private use and consumption of cannabis for personal purposes. The court suspended its declaration of invalidity for two years to allow parliament to correct the defects in the legislation.

If parliament amends the relevant legislation to give effect to the Prince judgment, employers may have to reconsider how, in the workplace, they deal with the effects of personal cannabis use.

Most employers have policies dealing with alcohol and drug abuse. Depending on the industry and the nature of the employees’ duties, the employer’s approach to alcohol abuse and the sanction imposed may vary. Employers, however, generally adopt a zero-tolerance approach to the use of illegal drugs.

Testing for alcohol is relatively easy. Breathalysers, although not uncontroversial, provide an efficient and quick means to estimate blood alcohol levels through the analysis of a person’s breath. This allows an employer a fairly accurate view of the probable physical and mental impairment of the employee based on the blood alcohol concentration.

If the personal use of cannabis is legalised, it is likely that employees who previously feared the legal consequences of partaking may now do so. This may lead to an increasing focus on cannabis use and its impact on the workplace.

There are a number of ways to test for cannabis. These include urine, hair and blood analysis. Traces of cannabis can be detected for up to ten days to six months after use. In contrast, alcohol may leave the bloodstream within hours after consumption.

Unlike alcohol, the effects of cannabis on an employee’s ability to perform his or her duties are less well known and the tests are likely to be more complicated and time-consuming. It appears that the tests for cannabis also cannot accurately determine the degree of impairment of the employee to do his or her job.

A more nuanced approached in the workplace will be required for dealing with the use of cannabis than that for alcohol. An employee that has a “drag” in the morning before coming to work may be able to function optimally at work even though technically they may be under the influence. An employee that legally used cannabis on a Friday evening is likely to show traces of the drug if tested at work on a Monday, even though no longer under the influence, and unlikely to be impaired.

As is apparent from the examples provided above, it may be difficult for an employer to justify a dismissal in such circumstances. While an employer may prohibit cannabis use while at work, it would be difficult to police the legal use of a drug that may or may not have an effect in the workplace.

As with alcohol abuse, an employer may take disciplinary action against an employee, without a test, where the effects of cannabis are clearly observable and it is clear that the employee is too impaired to do their job or are a risk to other employees in the workplace.

Any policy aimed at addressing specifically the use of cannabis and its effects in the workplace, would have to take into account factors such as consent to testing for cannabis, the manner of testing, the nature of the employer’s business, the employee’s duties, the circumstances in which the offence was committed, the observable extent of the impairment, and the employee’s history of cannabis or other drug-related offences at work.

Whatever test an employer decides to apply it must comply with s7 of the Employment Equity Act, No 55 of 1998. In terms of s7, the test must be permitted or required by law, or must be justifiable in light of medical facts, employment conditions, social policy, the fair distribution of employee benefits or the inherent requirements of a job. Any employer wishing to institute random testing for cannabis would have to ensure that the testing is voluntary, confidential and not motivated by victimisation or unfair discrimination.

Employers should be careful to distinguish between misconduct and incapacity when it comes to cannabis use. Where an employee can show an addiction to cannabis, the employer will have to consider whether counselling and rehabilitation may be appropriate steps. This would require that the employer provide assistance to the employee in terms of item 10(3) of the Code of Good Practice: Dismissals.

By Jose Jorge and Steven Adams of Cliffe Dekker Hofmeyr.