There is no financial tsunami on the horizon

President Jacob Zuma’s actions have caused the country and economy great harm and their ramifications will probably continue for many years to come. 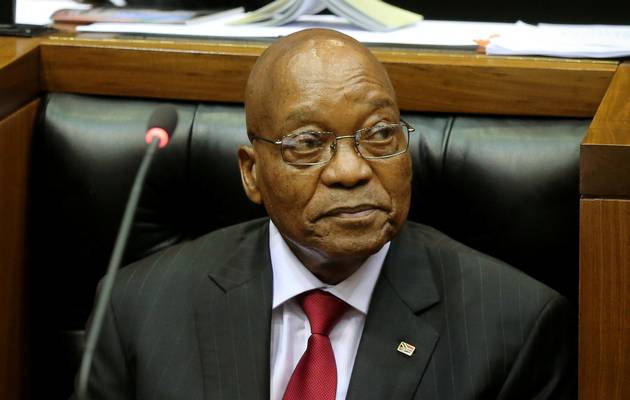 There is not a financial tsunami heading towards South Africa as contended by Magnus Heystek of Brenthurst Wealth in a recent column.

The column elicited significant reaction from the Moneyweb community as it normally does, but although we may be facing an uncertain future, I don’t think South Africa is losing its balance on the edge of the proverbial precipice.

I have disagreed with Magnus on several occasions before and I will probably do so again. He always has strong views about South Africa’s future and his penchant for foreign investments is no secret.

If one looks through all the current political noise, it is clear that South Africa has one core problem: we have a pathetic president. It is that simple.

President Jacob Zuma’s actions have caused the country and economy great harm and their ramifications will probably continue for many years to come.

His recent cabinet reshuffle and firing of Pravin Gordhan and Mcebisi Jonas and resultant credit downgrades are cases in point. This has triggered (rightly so) an incredibly negative reaction from various segments of our society and there is an almost tangible negativity in the air.

It is therefore quite understandable that investor and consumer confidence levels are at all-time lows. But does this equate to a doomsday future? I think not.

Don’t get me wrong, I am deeply concerned about South Africa’s short- to medium-term future. We face significant challenges and it is critical that remedial action is taken swiftly. And with this I mean that Zuma must be recalled or at the very least, totally disenfranchised.

Turn the ship around

It seems as if many doomsday forecasters share an inherent lack of belief that the ANC can turn this ship around. I am positive that the party can, and this can happen relatively quickly. The proviso is that competent political leadership take over from Zuma and his loyalists.

The developments of the past 18 months have revealed that there are excellent ANC leaders who have publically stood up against Zuma. Think Nhlanhla Nene, Gordhan, Jonas, Derek Hanekom and now Cyril Ramaphosa.

But even if Zuma does manage to remain in his position and serve out his term, it will not trigger the onset of a financial tsunami. Our legal system, the Reserve Bank, the increasingly verbal private sector and a few other public institutions are holding their own against Zuma’s onslaught against our democracy. As long as these institutions remain uncaptured, the doomsday scenario remains improbable.

There is even talk that the ANC may lose the 2019 general election if Zuma hangs on. A few years ago this would have been an unthinkable possibility, but if this happens it will fundamentally change the future of our wonderful country.

Even now within Zuma’s reshuffled cabinet open dissidence is visible. On Monday public enterprises minister Lynne Brown turned down the proposed R30 million golden handshake to the former Eskom CEO and Gupta-linked Brian Molefe. (There is also an interesting dynamic developing between the Gupta-owned Tegeta and Eskom. National Treasury has blocked the awarding of additional contracts to Tegeta, and it will be extremely interesting to see whether new minister finance minister and Zuma loyalist Malusi Gigaba is going to interfere.)

I am also sure that one day we will look back at Zuma and refer to him as an example of the worst president in our young democracy; almost an inverse view that Nelson Mandela was the best president ever.

I agree with Magnus that South Africa’s short to medium term economic growth prospects are pedestrian at best, and that it could be a good idea to consider a more conservative investment approach.

A total disinvestment from the JSE as Magnus proposes may be overly conservative. The JSE may not shoot the lights out over the next few years, but it has shown more correlation with international markets than with the local economy.

The majority of the JSE blue-chips are also heavily exposed to international markets, which would provide a hedge against currency shocks. And even if the current sideways volatility continues, some sectors may still offer some value.

The reality remains that within the current political climate, capital preservation remains critical. Every investor should at least take stock of investments and associated risks.