Phosa: Zuma has raped the economy and the interests of the poor

A speech at the opening of the Junior Indaba. 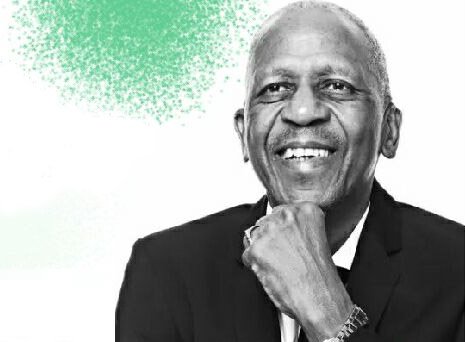 Keynote address by former ANC treasurer Mathews Phosa, who is expected to run for the presidency of the ANC later this year, at the Junior Indaba conference in Johannesburg on Wednesday, June 7, 2017:

I highly appreciate being given the opportunity to address you here today. I want to deal with two issues in my address namely, firstly, the inability and unwillingness of the ANC and our government to address deeply embedded corruption and secondly, what we as South Africans should do to move positively forward.

South Africa, the country that we all love, is in dire need of dramatic political and economic changes.

At the very least we need a new political leadership, changes in our economic policy, urgent changes to our education system, and consensus between all stakeholders on how we revive the rainbow spirit in our nation.

Our national cabinet, and its failed leader, is losing court case after court case. Some of the latest examples are the Constitutional Court judgement that the President failed to uphold the Constitution, the judgement that the nuclear energy programme must be summarily halted, and, recently, that the President should provide reasons for his cabinet changes that proved the direct stimulus for two global rating agencies downgrading us to junk.

In terms of the separation of powers we have three clear centres of power, namely that of the executive (cabinet), the legislature (the National Assembly) and the judiciary (of which the apex court is the Constitutional Court).

As things stand now, the only of the three centres of constitutional power that is functioning is the judiciary. Our executive, under the President’s “leadership”, has long ceased to understand and illustrate that they have a sworn duty to uplift and protect the poorest of the poor. When I use the term executive, or cabinet, I do not exclude a single member, whether he or she is a minister, or deputy minister, or part of the Presidency.

In a recent speech I used words to the extent that the President raped the economy. I stand by those words and want to add today: He, and all the public representatives and executive appointees must take joint and collective responsibility for not only massive damage to our economy, but also for raping the interests of the poor. Let me be clear: All members of cabinet must take joint responsibility for the sad state of our nation.

In this ANC elective conference year some in the Presidency and cabinet have belatedly found their voices. To those, one single remark: It is not what you say, it is what you DO, and have done when all of this was being done in your presence that will define your leadership and legacy. The electorate will hold you jointly responsible for the waste of taxpayers’ money as well as turning your backs on the poorest of the poor.

I want to say as little as possible about my party’s representatives in Parliament. Future generations will look at their pronouncements and decisions and find them to border on the treasonous. You defended, in the ANC’s name, the indefensible. When party discipline crosses the border between right and wrong the party has lost its moral compass.

Let me add that the same future generations will hail the Derek Hanekoms, Mcebisi Jonases and Pravin Gordhans of this world as heroes. They sacrificed their jobs because of their honesty. I salute them and the Kgalema Motlanthes of this world for understanding that good men cannot be silent in the face of such monstrous evil.

My proposal to the entire cabinet, the National Assembly and the ANC NEC would be, resign, and allow our voters to choose the leaders they want. The massive disconnect between the comfort of the public representatives and the increasingly desolate voters they are supposed to serve has become unbridgeable. The past five years have seen the political decision-makers become the ”haves” and the electorate the “have nots”.

It would serve our leaders well to understand that the poor will turn up at the voting stations in 2019 and vote with their empty stomachs and cold houses and shacks.

Allow me a few remarks about the Judiciary process:

There would be no debate about judicial overreach if the President, his Cabinet and the National Assembly took their constitutional duties, and responsibility towards the poor, seriously.

An honourable judge recently found in my favour after an action brought by one of my successors in Mpumalanga. I found his cowardice to run away from testifying distasteful, and the actions of one of his legal representatives in this matter not worthy of the high standards of our profession.

We are clearly at a juncture in our young liberation where we need leaders who understand that South Africa belongs to all who live in it as well as that the poor – and not our friends’ already swollen pockets – should be our focus.

To do that, and to attract the kind of foreign investment that we need so badly, we need to treat education – each and every form of it – as a national key strategic project and ask leaders from the private sector to join government to fund and execute educational programmes of the highest excellence.

To revisit programmes that focus on practical reconciliation between all the citizens of South Africa.

To redefine our economic strategy to incentivise the private sector and foreign investors to create jobs in the short term.

To appoint our very best minds to deregularise every form of bureaucracy from our statute books.

To fast-track our public works programmes.

To appoint an independent commission to speedily investigate all forms public sector corruption.

To redesign a number of key government agencies such as the National Prosecuting Agency.

To fast-track our renewable energy programme.

To ensure that key information technology programmes such as broadband roll-out are not imprisoned in indecision for years.

To appoint a totally new leadership to Eskom, inclusive of a new board of directors and the “CEO”.

To place a moratorium of a year or more on all regulations holding back small business.

To streamline our economic departments into an understandable, effective and energetic structure.

To come to an agreement with the private sector that much-needed expertise, including that of retired public sector leaders, will be seconded back to government.

To go on a roadshow to foreign investors to show that we are serious about wanting to retain their investments, and in fact, that we want to see it increased.

To stop tinkering with sector charters as if it is an academic exercise. Negotiate charters that will satisfy stakeholders but also create room for sizeable growth.

To get the President to immediately resign. Such a step alone will release goodwill locally and globally from those who are serious investors in our economy.

No sector is more in need of long-term policy certainty than the mining sector.

In short: We need a change in political leadership, and at the same time a massive infusion of immediacy in the roll out of our government programmes within the context of reshaped economic policy.

If the above does not happen, and happen soon, the ANC will lose the 2019 election and we will see the start of coalition government at a national level much sooner than we expected.

The electorate will not stand for a government that siphons off billions for themselves and so-called friends who should, in reality have been shown the door out of our country a long time ago, if not criminally prosecuted.

I believe we have the leaders, the people, the ideas and the resources to make South Africa the miracle that we all believed in in 1994. We need to reach deep within ourselves to resuscitate that dream again.