SA in recession, all eyes on political developments

Is the darkest hour just before dawn? 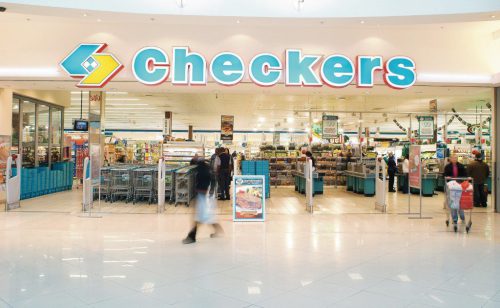 The drought and slump in global commodity prices hit the economy hard over the last few years, but it’s politics and corruption that have been the country’s undoing since Nenegate, a leading economist has argued.

“That has been the difference between growing by 1% and virtually not growing at all,” said Nicky Weimar, senior economist at the Nedbank Group Economic Unit, speaking at the Nedgroup Investments 2017 Treasurers’ Conference in Johannesburg on Thursday, June 8.

Her comments follow just days after the economy slipped into a technical recession. GDP declined by 0.7% in the first quarter of 2017, after shrinking by 0.3% in the final three months of 2016. The economy expanded 0.3% in 2016.

The latest figures indicate that the economic slump has deepened and that the weakness has become overwhelmingly widespread, according to Weimar. The consumer is vulnerable and fixed investment activity is lacking, suggesting that the economy won’t experience the type of recovery it needs.

Is this the trough?

Weimar believes it’s difficult to determine whether the first quarter GDP numbers represent the trough of the economic cycle. The economic outlook will in large part depend on how political developments unfold and the impact they have on the country’s credit ratings. Although political noise is expected to continue, it’s important that National Treasury does its job and that the country avoids further damage.

To do this, she added, South Africa has to address ratings agencies’ concerns.

First on the agenda is to restore consumer, business and investor confidence – and government will have to adopt a less confrontational tone with business.

“The focus should really be on negotiating with each other, on coming up with win-win solutions for this economy in the shape that economic policy takes going forward.”

Weimar pointed out that economic policies and budgets focus primarily on government projects, while the focus should be on getting the private sector more involved.

Government will also have to demonstrate that it can tackle corruption in a real, honest and transparent way while ensuring accountability.

Good governance has to be restored at state-owned enterprises, which are responsible for the bulk of the country’s economic infrastructure, she said.

And South Africa has to avoid making any significant further mistakes – including pursuing a nuclear deal, which, according to Weimar, is not affordable. If the country can’t avoid these mistakes and doesn’t address the issues on the list, further downgrades will follow and real damage – a downgrade of the country’s local currency rating by more ratings agencies – will follow.

“If that were to happen it could have disastrous consequences.”

Thirty-six percent of government’s debt is financed by foreigners, and they are still committed to the market. This, said Weimar, is one of the key reasons the recent round of ratings downgrades has had a limited impact.

However, if investors become forced sellers due to further downgrades of South Africa’s local currency rating, the impact on the rand could be significant, triggering the same vicious cycle that was set in motion after Nenegate.

(Nenegate: President Jacob Zuma’s firing of then finance minister Nhlanhla Nene on December 9, 2015, replacing him with Des van Rooyen, whose short-lived appointment was followed by the reinstatement of Pravin Gordhan, who had been replaced by Nene as finance minister less than two years earlier.)

“That could completely unsettle the short-term outlook for the economy,” said Weimer. However, her view is that the economy will improve from a very low base in the second quarter.

“There is little doubt that the lack of fixed investment activity [and] the vulnerable position that households are in will mean that this recovery, when it comes, will be slow and it will be uneven.”

At the beginning of the year, Nedgroup’s Economic Unit expected the economy to grow by 1.1% in 2017. It revised its growth outlook to 0.7% after the ratings downgrades, and more recently – after the surprise GDP contraction – to 0.6%.

An improved global outlook is expected to support South Africa’s exports and mining sector, and could see growth accelerating to 1.3% and 1.9% in the years ahead.

Brian Kahn, member of the Reserve Bank’s Monetary Policy Committee (MPC) and advisor to the Reserve Bank Governor, said that while the bank is concerned about the impact of its policies on short-term growth, it sees price stability as the main contribution it could make to longer-term growth.

“Our assessment is that the current stance of monetary policy is not tight, and is not a major constraint to growth.”

For interest rates to be cut, the Reserve Bank would like to see the inflation forecast more comfortably within the target range over the forecast period, he said.

“Our policy reaction will remain guided by how we see the inflation outlook going forward within the economic growth context, but cognisant of the risks to the forecast.”

The MPC kept the repo rate unchanged at 7% during its most recent meeting.

Jan Friederich, senior director at Fitch Ratings, said the continued underperformance of economic growth over the last years has been a key reason for South Africa’s rising fiscal debt.

“A sustained recovery of growth will be a prerequisite of sustainable fiscal consolidation. In recent years the economy has been hit by a number of shocks, a decline in commodity prices, electricity shortages and a severe drought.

“The impact is likely to fade and this will support a gradual recovery, but politics has weakened business confidence substantially and this will continue for some time.”

The ANC’s electoral conference in December 2017 will be a key moment for the political scene, but there is a high risk that the policy environment will remain volatile even after the ANC has elected a new leader, he said.