Says he failed to tell her about sequence of events at court.

Howick psychiatrist Dr Narushni Pillay on Friday told the South Gauteng High Court that she withdrew from treating Tigon accused Gary Porritt because she felt misled and “blind-sided” about his legal woes.

Pillay testified in a court enquiry about the reasons for Porritt’s absence from court on two occasions in June. Porritt is together with co-accused Sue Bennett standing trial on more than 3 000 charges including fraud, racketeering and theft related to the collapse of JSE-listed financial services company Tigon around 2002.

Porritt claims that he was too ill to attend court. His bail has been provisionally withdrawn and he is currently being detained in prison pending the outcome of the enquiry.

When he first reappeared at court on June 22, he was allegedly too sick to sit in a chair and lay on the floor for parts of the proceedings. 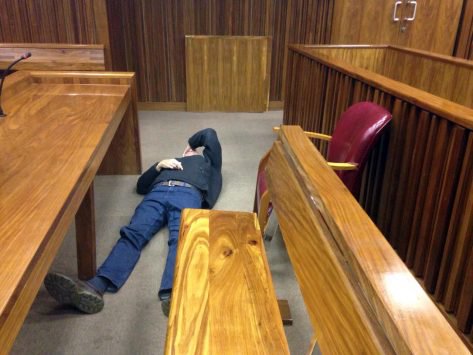 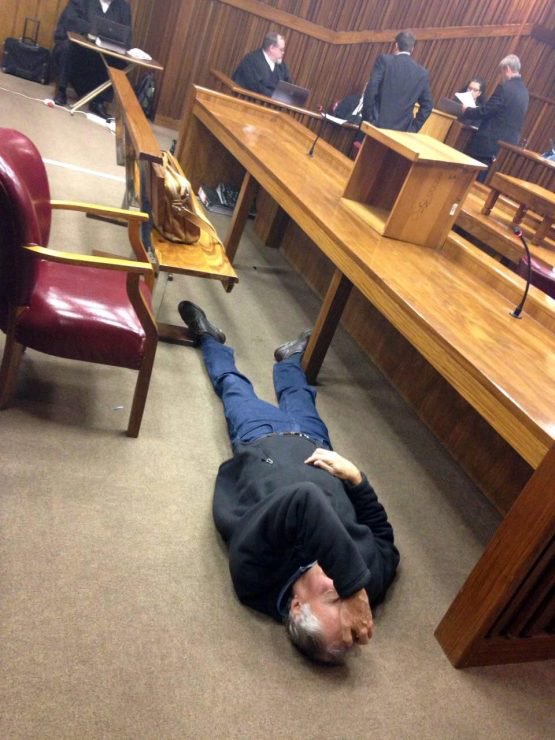 Pillay testified that she first saw Porritt on the morning of June 19, the second date he was absent from court. She said she did not, as a rule, see medical legal cases and was not informed that Porritt was as such.

She consulted with him for 30 minutes, which included taking his medical history and assessing his mental state by interviewing him.

Porritt told her about the blackouts he suffered on June 9. He said he had two or three drinks at the KEG restaurant in Pietermaritzburg and passed out first in the restaurant, then on the way to the bathroom and thereafter outside when he got to his car.

The investigations into his physical health done at the Mediclinic were all clear, he told her. He didn’t mention any subsequent blackouts.

He told her about several psychiatric symptoms and severe headaches he suffered from.

When she asked him about stressors, he told her about his court battle that has been on-going for 14 years, that he had to be in court daily and had little chance to recuperate and prepare his arguments.

He said he had to be in court on that day and urgently needed to send a letter stating that he had been admitted to the Oaklands clinic in Howick.

She said in court the use of the word “unfit” was incorrect. She meant he was unable to attend court, since he was still in Howick and wouldn’t make it to the proceedings in Johannesburg in time.

She made a note that Porritt should remain in the clinic for seven days and should see two other specialists.

Later that day Bennett sent her a copy of the order the court issued that morning for Porritt’s arrest and for him to be taken to a district surgeon.

The next day Bennett sent her a copy of an application for leave to appeal Porritt’s arrest warrant. The application was later submitted to court but subsequently withdrawn.

Pillay said when she read the application, she realised the medical certificate she wrote was misconstrued to mean that Porritt was unable to stand trial, Pillay testified. She responded to Bennett’s email and copied the state prosecutors, making it clear that the certificate applied only to June 19.

She was informed that the police arrived at Oaklands to take Porritt to a district surgeon in Johannesburg and later told the nursing staff that this was a medical legal case. Since she does not see such cases, she told them he is free to see another psychiatrist.

She testified that she telephonically told the nurses that Porritt should be transferred to the district surgeon in Johannesburg.

Under fierce cross-examination, Pillay said she decided to discontinue her treatment of Porritt because she lost trust in him. She felt he misled her by not telling her the whole truth about his legal woes and the full sequence of events.

She later conceded that it was Bennett’s application for leave to appeal that informed her decision, that she failed to discuss it with Porritt and that this might have been in contravention of her duty of care towards her patient.

Pillay said while she was of the opinion that Porritt’s blackouts needed further investigation and therefore earlier recommended hospitalisation for seven days, this could have been done at another facility. She said she reassured Bennett that the district surgeon and a state psychiatrist could take proper care of Porritt.

Earlier, Mediclinic cardiologist Dr Aine Mugabi testified that he and his colleague, neurologist Dr Yaseem Yacoob agreed after conducting several tests on Porritt, that he was well enough to be discharged. Mugabi said he was ready to discharge Porritt on June 13, but Porritt requested to see a psychologist and therefore stayed until the next day. “I did not think the request was unreasonable,” Mugabi said.

The enquiry will continue on Tuesday with the state’s cross-examination of Porritt. On Wednesday Pillay will return to court to complete her testimony.