But no definitive proof of wrongdoing. 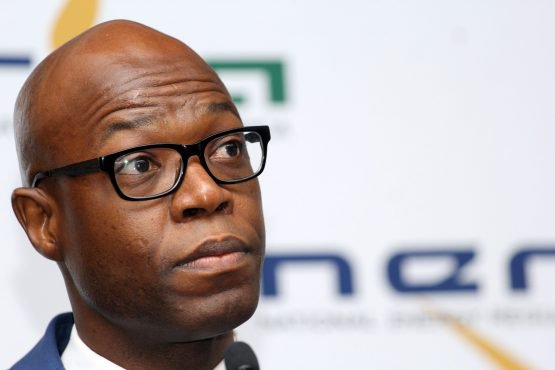 The tender was destined to be awarded to Eskom subsidiary Eskom Rotek Industries (ERI), but Koko allegedly irregularly removed a submission to that effect from the agenda of the board tender committee.

At a later stage the executive tender committee rescinded its decision to recommend ERI for the job.

One of the charges against Koko is that he removed the item from the board tender committee’s agenda and instructed that it be awarded to international technology group ABB.

Noah could however not definitively say that Koko himself withdrew it and could not say whether it was eventually awarded to ABB.

Noah explained on Saturday that contracts worth more than R750 million first serve before the executive tender committee. The user department, in this case the group capital division of Eskom, prepares and presents a submission which the committee considers before it makes a recommendation to the board tender committee.

In this case, head of group capital Abram Masango delegated it to Peter Sebola to do the presentation, which he did. The executive tender committee asked for assurance that ERI had the capacity to do the job. They insisted that a letter to that effect signed by the CEO of ERI be included in the submission to the board tender committee.

Noah, who chaired the executive tender committee at the time, told the hearing that she was surprised to hear a month later at the board tender committee that the item was withdrawn from the agenda.

She said Sebola and his team were ready to present the proposal, but company secretary Suzanne Daniels announced that the item had been withdrawn. She did not say who withdrew it.

Noah said she assumed the user department had withdrawn and during the tea break asked Sebola about the reason for doing so.

She then realised it was not Sebola who withdrew the item. Sebola told her that Koko did it. She said she, Sebola and his team gathered around Koko to find out why it was removed.

Koko did say he was concerned about ERI’s capacity to do the job, she told the hearing, but she could not remember whether Koko admitted to doing it.

Noah said Eskom normally gave its subsidiaries the right of first refusal to contracts. It would negotiate the terms of the contract with the subsidiary without going out on tender. It would however depend whether the subsidiary had the capacity to do the job at that time.

She said Masango was central in the preparation of the submission. As the head of the user division he signed the proposal and also signed the submission made to the executive tender committee in July that the committee’s March decision to negotiate and award the contract with ERI be rescinded.

Noah could not remember whether the matter came back to the committee or whether it was indeed awarded to ABB.

She also did not know whether the letter from ERI giving assurance of its capacity to execute the contract was in fact included in the submission to the board tender committee.

In cross-examination Advocate Louwrens Malan for Koko pointed out to Noah that Koko was not a member of the executive tender committee at that stage and could therefore not have raised an objection there.

He further pointed out that ERI at that stage reported to Koko as head of Commercial at Eskom and that Koko was in a position to know ERI’s capacity and capability. He was in fact concerned about ERI’s capability, Malan said.

He said it would be his client’s testimony that he never gave an instruction for the removal of the submission. He raised his concerns about ERI’s capacity with Sebola before the board tender committee meeting and as a result Sebola as representative of the user department withdrew it.

After Noah’s cross-examination Advocate Cassim Moosa closed Eskom’s case. He described at length how he tried to convince witnesses, including Sebola, Hlakudi and Masango to testify, but without success.

He read a letter from Masango’s attorney Nicqui Galaktiou in which she stated that Masango was prepared to come and testify before his recent “engineered, baseless and unfounded suspension by Eskom”.

Galaktiou says Masango takes a strong stance against corruption, but refuses to be part of “what appears to be a sham disciplinary hearing”.

She says: “Our client has no intention of being forced out of Eskom like other former executives.”

Masango is however prepared to give evidence under oath before a credible, impartial and independent disciplinary committee, parliamentary committee or court of law, she states.

The hearing was adjourned until November 30, when Koko is expected to take the stand. At this stage his legal team does not plan on calling any other witnesses.