Despite nervousness about whether market regulators will find the property group guilty of share price manipulation.

Although the first quarter turned out to be catastrophic for investment funds heavily backing the Resilient stable of companies — including Resilient itself, Greenbay, Nepi Rockcastle and Fortress – many are still hanging on to their major positions in the companies.

Annualised returns north of 15% became the new norm and managers of these funds shot to prominence, clinching prestigious industry awards with Raging Bull and Morningstar.

However, top-rated funds are likely to underperform in 2018 given the tumultuous start to the year. The rally of real estate stocks came to a spectacular end in the first quarter of 2018 – with the Sapy index slumping by 21.47% and delivering negative total returns (income and capital growth) of 19.35%.

The unprecedented selloff in the share prices of Resilient companies on the back of allegations that the companies use questionable accounting policies and related parties to artificially boost dividend payments, has weighed heavily on the sector.

Fears that Resilient companies might be the next Steinhoff have placed its shares in the losers pile, with Resilient plunging by 66.9%, Fortress B shares 71.8%, Greenbay Properties 60.8%, and NEPI Rockcastle 46.2%.

And investment funds with large exposures to Resilient companies – as large as between 30% to over 50% at the end of December 2017 – have taken a massive hit.

Two of 2017’s top-performing real estate funds (both delivering returns of over 20%), Metope MET Property Fund and the Absa Property Equity Fund, have emerged as the worst performers in the first quarter (see graph below). Resilient companies including Fortress, Greenbay and Nepi Rockcastle feature in the top six holdings of Metope and Absa, with a combined weighting of about 50% and 44.5% respectively. Resilient also features in their top holdings.

For now, Metope Investment Managers and Absa are sticking by Resilient even though the property group faces two on-going investigations by the Financial Sector Conduct Authority (formerly known as the FSB) and JSE into share price manipulation.

“The Resilient stable of companies’ own quality assets (both physical and listed property), have strong management teams, are defensively managed with regards to mitigating interest and currency risks to income,” said Liliane Barnard, the CEO of Metope Investment Managers.

Barnard said the Resilient companies would continue to “deliver good growth in income distributions” once Resilient’s black economic empowerment (BEE) partners, the Siyakha Trusts, and its cross-shareholdings in Greenbay, Fortress, and Nepi Rockcastle were restructured.

To recap: Resilient has been accused by asset manager 36ONE, stockbroker Navigare and independent sell-side research house Arqaam Capital of extending loans to its BEE partners to artificially boost earnings and using its cross-shareholdings to inflate net asset values (NAVs).

Resilient has denied any wrongdoing.

Government pensioners are also feeling the heat, as the Public Investment Corporation (PIC) has penciled in losses as it’s the single biggest shareholder in Resilient, Fortress, Nepi Rockcastle and Greenbay companies – owning between 5% and 9% in each of the companies.

The PIC didn’t respond to questions from Moneyweb about whether it will maintain its shareholdings.

For Absa’s head of property franchise Fayyaz Mottiar, it’s about investing in Resilient companies for the long term even through the volatility.

However, Absa began the process to reduce its holdings in Nepi Rockcastle (from over 20% to 13.3% at the end of December 2017) and Greenbay (from 10% to 7.7%) over valuations. However, it has maintained its holdings in Resilient and Fortress.

Mottiar had strong words for hedge fund managers who have been accused of circulating reports into Resilient while taking short positions to profit from the Resilient sell-off.

“What is concerning, and could not have been anticipated in the market, is that a group of hedge funds, long-only funds, and a bank allegedly colluded to actively bring these prices down whilst using social media and conventional media to drive sentiment…. This coordinated attack by a group of hedge funds has permanently changed the price determining the ability of the market,” he said in a note.

Stanlib – whose two property funds feature in the worst-performers list – is taking a market-neutral position for all four Resilient companies – essentially taking a long and short position.

“We generally take a long-term view of more than three years and we do not trade the portfolio. Our fund is always fully invested through all property cycles including rising and falling property markets,” said Stanlib’s head of property, Keillen Ndlovu.

Other fund managers have remained cautious. Garreth Elston, an analyst at Golden Section Capital, has long questioned the quality of Resilient companies earnings, portfolio and rental escalations in relation to their frothy NAVs. He also raised concerns about trading in shares at a time when the property group was facing two investigations. 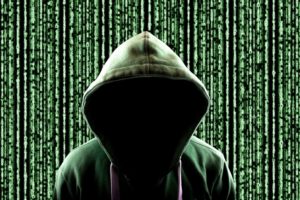