The gold producer has the country's largest deposit of gold, but this has proven unprofitable to mine. 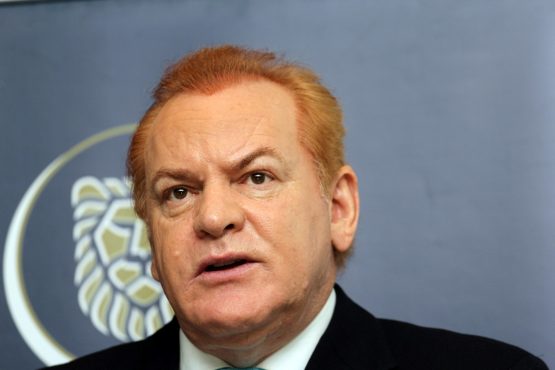 In Gold Fields’ latest attempt to turn a profit at its sole remaining operation in South Africa, the company has announced it will retrench more than 1,500 employees at its troubled South Deep mine.

Business Day reports that the mine has lost the company R32 billion so far, and is likely to shed 1,560 jobs.

It has more than 3,600 full-time employees on its books and nearly 2,000 contractors.

Gold Fields’ primary mining operation contains the majority of gold reserves left in the country. However, these are proving difficult and expensive to extract.

Impala Platinum (Implats) made a shock announcement last week that it would also be shedding nearly 13,000 jobs.

The Association of Mineworkers and Construction Union (Amcu) said on Tuesday it would do its level best to save jobs at Implats, including downing tools and bringing the South African platinum industry down to its knees, if necessary.

Last week, the world’s second-largest platinum producer announced it would cut its workforce by about 13,000 employees over the next two years at its operations in Rustenburg as part of the implementation of its restructuring plan to meet the challenge of declining global demand.

The Congress of South African Trade Unions (Cosatu) in North West said it would also protest against the planned job cuts.

Gold Fields was embroiled years ago in a scandal involving senior political figures in its black empowerment deal.

In an interview with eNCA on Friday night, National Assembly speaker Baleka Mbete, however, denied any knowledge of being involved in corruption in the mining industry.

In 2013, the Mail and Guardian and other news outlets, preceded by Carte Blanche, reported that she allegedly received a bribe in 2010 worth about R25 million in shares in a Gold Fields black economic empowerment scheme that had included her as a major shareholder.

She denied on Friday that had received such an amount of money – or any money at all – from the company.

She said she wasn’t disputing the allegations about being involved with Gold Fields as such, but said: “I’m just saying I don’t have a cent from that. I just read these figures in the Mail & Guardian.”

She would, however, have received dividends as a Gold Fields shareholder – for which she invested no money of her own – over the years.

“Every citizen of this country has the right to be invited and participate in any business activity as long as it within the limits of the law,” she told the news channel.

“That really is where I’d like to end that answer.”

A New York-based law firm commissioned by Gold Fields to investigate its BEE deal found in 2013 that the company had hugely increased Mbete’s cut in the controversial 2010 empowerment deal that also saw Springbok Ashwin Willemse and former lawyer to Jacob Zuma advocate Jerome Brauns gain shares free of charge in Gold Fields, one of the world’s biggest gold mining companies.

The lawyers made no findings against Mbete, however. The Hawks said they would investigate, but nothing was ever reported about that investigation, if it took place.

In 2014, the joint committee on ethics and members’ interests in parliament announced it would not investigate whether Mbete breached the code of conduct for assembly and council members in the deal. They said it would be out of their jurisdiction to do so.