Repossessed houses must now be auctioned with a floor price, and sheriffs must personally serve summonses on defaulting customers. 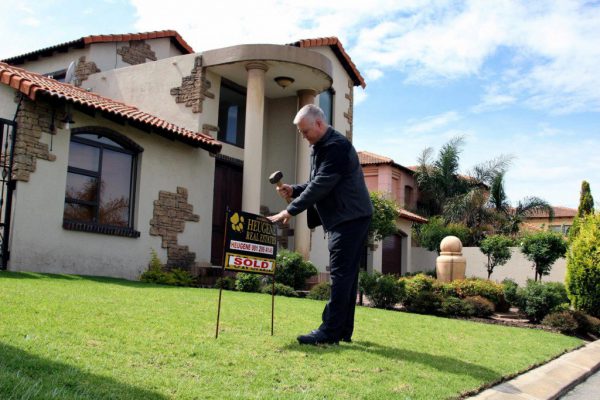 A full bench of the Cape High Court last week followed the example set in the South Gauteng court earlier in the year by requiring repossessed homes to be sold with a floor price (also called a reserve price).

This overturns a decades-old practice of auctioning repossessed homes without a reserve price, which is reckoned to have deprived South African property owners of home equity in excess of R60 billion in the last 20 years alone. The Cape High Court ruling now requires the setting of floor prices, which must bear some relation to market price, after all the debtor’s circumstances have been taken into account. In the past two decades thousands of homes have been auctioned for a fraction of their market value, leaving the defaulting bank customer with a large outstanding debt to the bank.

This ruling gives some relief to those in financial distress. The court now has the power to postpone legal cases to allow customers time to catch up on arrears, particularly where the arrears amount is relatively small. In such cases, the court will establish a plan for the repayment of arrears. Where this is not possible and the court orders that the repossessed home must be auctioned, a reserve price that would allow the homeowner to benefit from the equity accumulated in the property must be set. Banks will also have to detail what efforts were made to prevent foreclosure.

The Cape High Court also requires sheriffs to personally serve the summons on a defaulting bank customer, at home or their place of work, rather than fixing a summons to a door or placing it in a post box, as has been the practice in the past. Where a summons cannot be personally served on the defaulting bank customer, the bank must seek approval from the court for alternative means of service.

Also discontinued is the practice of allowing sheriffs to charge a danger or urgency fee for serving a summons in township areas, for the ultimate cost of the bank customer.

A chance to catch up on arrears

This judgment provides far greater protections for customers in distress, by allowing the court to delay foreclosure where it believes there is a chance for the customer to catch up on arrears. This supports section 26 of the Constitution and the right of access to housing.

“This is another victory for debtors in establishing their rights when it comes to home ownership,” says King Sibiya of the Lungelo Lethu Human Rights Foundation (LLHRF), which was admitted as a friend of the court. “It gives greater meaning to the Constitution in that banks can no longer have customers evicted from their homes for being a few months in arrears, as was the case in the past. We are also pleased that the court requires sheriffs to personally serve summonses on defendants, rather than shove them into post boxes or post them on doors. Our records show many thousands of people lost their homes after banks took judgments against them without their knowledge, yet they claimed before the court to have served papers on the debtor.”

The Cape High Court judgment is one of several recent rulings giving muscle to debtors’ rights. The Constitutional Court’s Nkatha judgment in 2015 allows consumers to reinstate their home loans, even after the repossessed property has been auctioned, by settling the arrears and reasonable legal costs before the transfer has taken place. It was already established in law that before a primary residence can be taken away, the court must apply the proportionality test. In other words, if the arrears amount on a home loan is just a few thousand rand, the court may refuse to allow the debtors’ home to be taken away from them on the grounds that the effect of recovering the debt is disproportionate to the harm caused to the debtor.

The Cape Town case involved six Standard Bank customers and one from Absa. The National Credit Regulator and Legal Aid SA were also admitted as friends of the court.

The court noted that Standard Bank has been known to approach the courts for a money judgment as well as a judgment declaring the property specially executable (allowing it to be sold at sheriffs’ auctions) when the client is two months in arrears.

In Absa’s case, the time between starting legal collection and auctioning the property is 33 months. Absa took a policy decision to cancel home loan agreements as soon as customers default but waits for six months before the account is referred for legal recovery. The bank also decided not to attach movables (such as a car or sewing machine) to set off against the outstanding debt, as this could impair the customer’s ability to generate an income.

Sibiya says the recent court victories in the Cape and South Gauteng courts strengthen the LLHRF’s multi-billion rand class action suit against the banks for their decades-long practice of selling properties at auction below market value.