Winning back trust is seen as the key priority for Facebook as the world's biggest social network readies its update on the final months of 2018 on Wednesday. 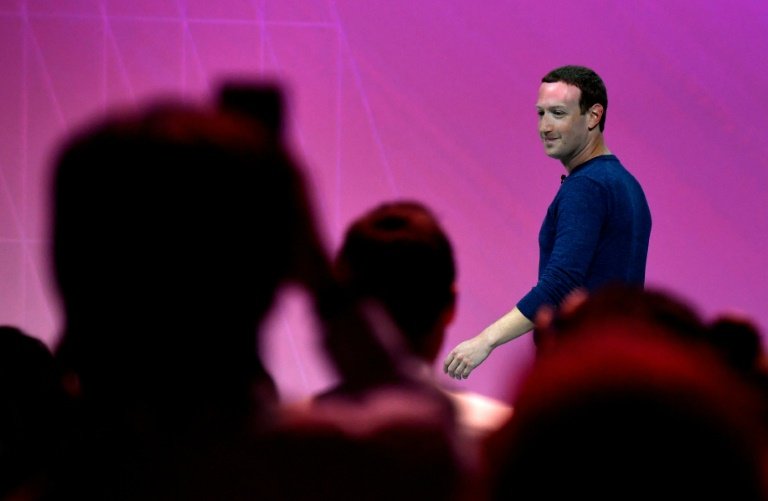 Facebook's CEO Mark Zuckerberg has been investing in tools to protect user data and prevent the spread of misinformation amid heightened scrutiny of the leading social network. AFP/File/GERARD JULIEN

Facebook is looking to rebound from a horrific year marked by a series of scandals over data protection and privacy and concerns that it had been manipulated by foreign interests for political purposes.

Facebook so far has been able to keep revenue momentum thanks to its unique advertising model. Its global user base has risen to more than 2.2 billion, although growth has stalled in North America and Europe.

In the quarter that ended in September, Facebook saw a profit of $5.14 billion on revenue that leaped 33 percent to $13.7 billion.

But analysts say the trust issue is key for Facebook if it wants to move forward on its mission to connect the world.

“Facebook needs a fresh start in 2019, and what it reveals about its usage and revenue… will tell us just how feasible that fresh start will be,” said eMarketer principal analyst Debra Aho Williamson.

“In order for Facebook to move forward, it needs to show that its daily and monthly active user counts in the US and Canada and in Europe have stabilized, and that its ability to grow its ad revenue in those important regions has not been seriously impacted by the scandals and investigations of 2018.”

Facebook has faced criticism that it has been used as a platform to spread divisive or misleading information, as was the case during the 2016 election that put US President Donald Trump in the White House.

It is also under heightened scrutiny over how it handles the sensitive personal data it collects from its users, with new privacy rules in place in Europe and legislation under consideration in Washington.

“Facebook’s future is going to be determined by whether users uncomfortable with being tracked disengage from using Facebook services,” said Richard Windsor, an analyst who pens the Radio Free Mobile blog.

But Windsor said costs are still likely to rise much more quickly than revenues as Facebook hires more people to police its content.

“The net result is further declines in the valuation to match the unwinding of profitability,” he wrote.

The California-based company also faces demographic challenges as younger users shift to other platforms, seeing Facebook as less cool than it was.

It may be able to compensate with gains in other services, including its popular visual social network Instagram, messaging services WhatsApp and Messenger and its Oculus virtual reality division.

Facebook co-founder and chief Mark Zuckerberg last week renewed his defense of the social network’s business, arguing that targeting ads based on interests was different from selling people’s data.

“If we’re committed to serving everyone, then we need a service that is affordable to everyone,” Zuckerberg wrote in The Wall Street Journal.

“There are more than 90 million small businesses on Facebook, and they make up a large part of our business,” Zuckerberg wrote.

“Most couldn’t afford to buy TV ads or billboards, but now they have access to tools that only big companies could use before.”