And homeowners can likely expect ‘more of the same’… 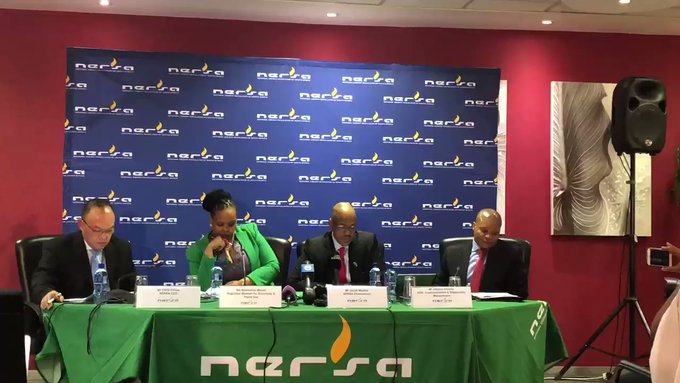 Nersa chairperson Jacob Modise speaks on the regulator's decision to allow Eskom to hike tariffs over the next three years. Picture: Twitter (@SAgovnews).

The cumulative inflation rate in electricity over the past decade, as measured by the consumer price index (CPI), is a “massive” 274.45%, according to a new report from FNB Commercial Property Finance property sector strategist John Loos.

Loos uses the first quarter of 2008 as the start of this measurement as it was “about the time where the Eskom Crisis first gathered steam”. Over the same 10-year period, the increase for municipal rates and non-electricity utilities (i.e. water, sewerage, refuse removal) was 147.16%, effectively more than doubling over the period.

These cumulative inflation rates are well-above that of headline CPI, “which inflated by 79.55% in what has actually been a relatively low/moderate general inflation environment”. Electricity prices are up 3.5 times faster than inflation since 2008, with municipal rates and other utilities up nearly twice that of CPI. The decision by the National Energy Regulator of South Africa (Nersa) earlier this month to allow a “further above-inflation hike” of 9.4% for 2019 does not “appear too harsh in isolation”, says Loos, but “one has to evaluate the trend of tariff hikes well in excess of CPI inflation over more than a decade, which has significantly altered property operating costs and thus property affordability”.

A separate longer-term calculation by PowerOptimal CEO Dr Sean Moolman, using 1988 as the base, shows just how rapidly electricity prices have increased since 2008. On the residential property front, these sharply rising administered tariffs “have long since become a housing-related affordability challenge,” argues Loos. The bank calculates an electricity/per-capita-income ratio index starting in 2008 by using the CPI for electricity. “It shows that the electricity tariff increases applied to consumers have far outstripped per capita income growth, with this index increasing by a massive 92.15% from 2008” – effectively doubling over the past decade.

Loos says this “provides a strong incentive” for households to lower electricity consumption or to cut broader operating costs on the home to compensate for the sharp electricity cost increases … One way of doing this is to purchase a smaller home with fewer ‘frills’ such as swimming pools, which can add to operating costs significantly. “The other way is to cut electricity costs, either through more energy-efficient homes or alternative energy sources.”

Not surprisingly, says Loos, “building statistics show an increasing portion of building activity being flats and townhouses, much of this assumed to be sectional title, as opposed to free-standing houses, the former being more land efficient and often more economical to maintain and run too. Over time, he says “sharply rising electricity costs also ‘crowd out’ disposable income, some of which would otherwise be aimed at funding property purchases”.

“Using South African Reserve Bank Household Consumption Expenditure data, we see the portion of total consumer spend being spent on ‘Household Fuel and Power’ as having risen from 2.1% in 1975 to 3% by 2007, and then more sharply to 4.69% by 2017 in part due to sharp increases in power costs over the past decade.”

While for homeowners, increases in electricity and administered prices are eating into previously disposable income, for tenants the situation is slightly more nuanced. Electricity usage is generally recovered from tenants, but many (most) of the other utility charges and, obviously, rates, are not. In sectional title schemes, levies too are not. These have been rising at a rapid clip, sometimes at double-digit percentages year-on-year.

With rental inflation far more moderate – and an absence of pricing power for landlords in many markets – it is landlords who are having to absorb much of this inflation. Tax practitioners suggest that a majority of ‘buy to let’ residential properties are actually loss-making (not simply being dressed up to be).

The South African Revenue Service (Sars) is not exactly enamoured with rental enterprises being ‘loss-making’, particularly those owned by high-income earners. Section 20A of the Income Tax Act, which came into effect in the 2005 tax year, ring-fences any assessed losses of those in the highest marginal tax bracket, under specific circumstances. With rental income, Sars repeatedly insists that taxpayers somehow ensure a “reasonable prospect” of making a profit in future. But with such steep increases in administered prices, one has to question whether this is logical (and even possible).

Loos says homeowners can likely expect “more of the same” if one looks at high electricity cost inflation over the past decade. This will continue driving the longer-term trend towards building more land/operating cost-effective flats and townhouses (much of it being sectional title) relative to the number of free-standing homes, he says.

“We also expect the average size of units built to decline further, helped on in part by electricity tariff inflation, along with other rates and tariffs inflation which is also significant.”

Importantly, he notes that: “Each above-inflation tariff hike also adds to the motivation of households and businesses alike to become less dependent on the grid through finding alternative energy sources, and the upside of this is that it often promotes cleaner types of energy.”

There are indirect impacts too, argues Loos. “A lack of reliable and affordable electricity can impact negatively on near term economy-wide production (GDP), and on longer term growth through dampening sentiment and future investment in production capacity. It also exerts upward pressure on CPI inflation, although [it is] not a major driver of CPI inflation, and this can possibly mean that we have higher interest rates now than would have otherwise been the case over the past decade (although we’ll never know for sure).

“And interest rates and economic growth both feed back into levels of demand for property and thus its performance.”

Not a great environment in which to be a homeowner (and worse still, a landlord).