JSE has its best quarter in more than a decade, but…

It’s not all that it seems and is only cause for limited cheer. 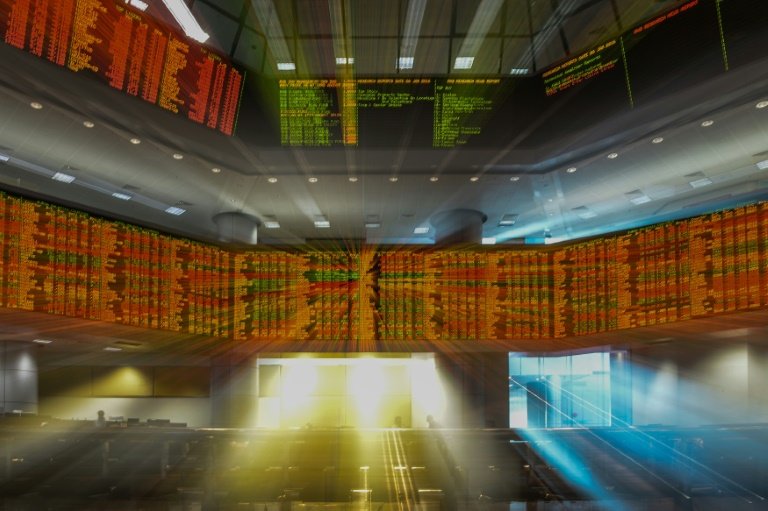 Global markets have resumed their upward trajectory following healthy data out of China and the US and on optimism over trade talks between the economic superpowers. AFP/MOHD RASFAN

While the JSE All Share Index (Alsi) rose 8% in the first quarter, the performance reflects the sharp rise of a few significant shares, offset by some of the worst performances in certain share prices investors have ever seen.

Individual share performance ranged from an almost 60% hike in Kumba’s share price to a 65% drop in the case of EOH.

“The SA equity market underperformed global markets in the first quarter of the year,” he says. “On a sector basis, resources soared 17.8%, followed by a 7.4% increase in industrial shares, while financial shares lagged at negative 0.4% in the quarter.”

Rock Capital says the JSE’s first quarter was “incredible”, mostly driven by rand hedges such as Naspers (up nearly 16%) and Richemont (up 12%) “and the massive upswing in mining stocks with Anglo American (up 21%) and BHP Billiton (up 16%) being the star performers”.

Good for resources and multinationals

Sasfin deputy chairman David Shapiro points out that while the JSE Alsi was broadly up, the increase largely reflects the resources market and the multinationals that dominate the JSE’s top companies. The rest of the market, those companies that reflect ‘SA Inc’, generally performed poorly.

“The overall performance was distorted by heavy caps, which influence the JSE and are represented by just a handful of shares,” he says. “Luckily those are the ones that did okay and, as a result, the JSE ended up positive.” These include Naspers, BHP and Anglo. British American Tobacco, underweight relative to its size in the index, increased more than 30% while Richemont increased 15% and AB InBev, which is not represented on the index, did best, up 25% over the quarter.

Although smaller contributors to the index, platinum miners did particularly well, including Amplats (up 40%) and Implats (up 69%).

“But that is all the good news,” says Shapiro, adding that last year was volatile and the recovery we are seeing is more relief than anything else. “The market has bounced off the low levels seen in December. It’s not as though we are building on anything strong, but rather coming off a weak period.”

But disastrous for SA Inc

SA Inc shares have been “nothing short of a disaster” with “some really tragic performances” among heavyweight retailers Mr Price (down 20%), Massmart (down 20%), Truworths (down 18%) and Pepkor and Shoprite (down 13%). Similarly, financials took strain, with companies like Discovery down 14%.

The stand-out performer was Capitec, up 23% in the quarter, as it continues to gain customers. There was also a turnaround at Quilter, which gained 26%.

For investors in some companies, the first quarter could not have been worse.

Some individual performances have been disastrous – EOH dropped 65% in the quarter, Tongaat Hulett shed 60% and Omnia plunged 40%, while companies such as Aspen, Blue Label, Brait and Ascendis continued their precipitous declines.

“SA Inc is starting to reflect the weakness in the SA economy,” says Shapiro. “For a number of years these companies have held up well, cutting costs and improving efficiencies. But if they don’t grow top line, the effects will show.” The economy is proving too much for South African companies to cope with.

“We believe there will still be upward momentum, but not at the same rate as the first quarter,” says Rock Capital chief investment officer Jared Lebos. “Although the global markets have had a stellar year so far, the markets are still restless with all the uncertainties ever-present.

“The bond market shows an inversion of the three-month and 10-year yield curves, which has proven to have been a reliable indicator of an impending economic slowdown. We expect an increase in volatility given this backdrop and as we head toward the local elections.”

He adds that while investors should stick to the big companies with global exposure, Rock Capital is still bullish on SA Inc stocks and believes “these will outperform given a favourable election result”. Investors should, says Lebos, “shift the dial” more toward SA Inc stocks in terms of weighting rather than the big ones with offshore exposure.

“We expect to see continued pressure on the consumer and property stocks. The return of load shedding, and the Eskom briefing that followed, delivered little positive news. Combine this with increases in the fuel prices and electricity tariff hikes and it becomes apparent that consumers’ disposable income will be on the decline.”

Assuming a “positive SA election result”, Rock Capital expects the rally in SA resources to continue, more so if there is a favourable trade deal between the US and China.

“Positive elections will also bode well for SA Inc stocks, which are currently still trading off a very cheap base.”

Shapiro expects more of the same for the next few months, with South Africa relying on what happens in global markets. “We will ratchet forward one step at a time.”

JSE shares are not at excessive valuations, but South Africa has some issues, including the effect of Eskom’s woes on the economy and some inflation pressure. Overall, the market cannot do well from an economy that is bumbling along at 1%, he says.

“We may be low in terms of valuation, but I cannot see things turning around without any meaningful turn in the economy.”

Stage 4 load shedding cripples businesses - and costs about R2.8bn
11 hours ago
11 hours ago

Stage 4 load shedding cripples businesses - and costs about R2.8bn
11 hours ago
11 hours ago