However, downward drift is expected in November and December, possibly sooner. 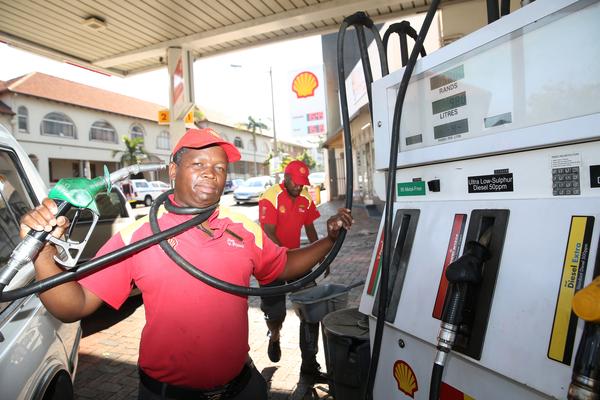 The spike in the fuel price on Wednesday and growing unrest in oil-producing Venezuela have done little to assuage fears that the petrol price is set to continue its upward trajectory for most of this year.

However, economists believe the oil price is unlikely to rise much above $80 a barrel in 2019, and that the fuel price will retreat towards the end of the year. In fact, global estimates indicate an average Brent crude oil price in the mid-$60s for the year.

The price of petrol in South Africa increased last week by 54c per litre while diesel went up by one cent as the oil price neared $75 per barrel as it continued to rise since starting the year at just over $50/barrel.

The recent increase was effected as the rand averaged R14.14 to the US dollar in April compared to R14.38 in the previous month, according to Central Energy Fund calculations, leading to a lower contribution to the fuel price. The higher oil price reflects restricted Organisation of Petroleum Exporting Countries (Opec) output, US sanctions on Iran and Venezuela, and unrest in Libya.

Economists.co.za’s Mike Schüssler says the oil price was the main trigger for the recent increase, while the rand had started to come under pressure towards the end of last month.

“Right now, it is not looking good for June,” he adds.

The local components of the price – which include retail margins, taxes and pipeline costs – currently account for 52.5% of the price. A decade ago, they amounted to 40-50% of the price, although they reached 60% towards mid-2017.

PwC chief economist Lullu Krugel says the increase was four-fifths driven by the international oil price and a fifth the exchange rate. She says the US asking Opec to expand production is positive for the oil price, while unrest in Venezuela could disrupt production.

In a “worst-case scenario”, she adds, with an oil price close to $90, South Africans could be paying more than R20 a litre. However, oil should hopefully not rise above $80. Mostly the expectation is that oil is currently at a reasonably high point.

She says that for every dollar that Brent crude moves, there is a 25c movement up or down in the South African petrol price.

Outa CEO Wayne Duvenage says adjustments in the months between annual tax increases reflect rand weakness or strength, as well as international oil prices, and points out that the carbon tax will come into effect soon.

“The price has been heavily impacted by both the weaker rand and the increase in the price of Brent crude,” he says, although part of the price increase is “self-inflicted” as the currency reflects the “Zuma-era hangover”. Following the election, “a good new government” could start correcting its past mistakes and the rand could strengthen. Duvenage expects the price to come down from around September “as we see signs of the economy correcting itself through better governance”.

The petrol price trend indicates the difficulties government has in finding any solutions to reduce the shock of escalating prices on South Africa’s businesses and consumers, as it mooted in October when the energy ministry said it was looking at capping the petrol price.

Various taxes already account for almost 53% of the petrol price and government will find it impossible, given its revenue challenges, to reduce these – never mind the costly exercise of subsidising the petrol price, as it found out in September last year.

Duvenage says the percentage attributed to taxes, which has increased continuously over the past decade, “has put us into this vulnerable position” as government previously “pushed that envelope too far, and that’s where it bites us”.

The petrol price will continue to translate into higher transport costs, and will feed in to higher prices of goods at the tills, says Schüssler. At these prices, transporters of goods “have zilch profit margins”.