Six local asset managers filed a joint shareholder resolution asking that Sasol report on how its greenhouse gas emissions strategy aligns with the goals of the Paris Agreement. 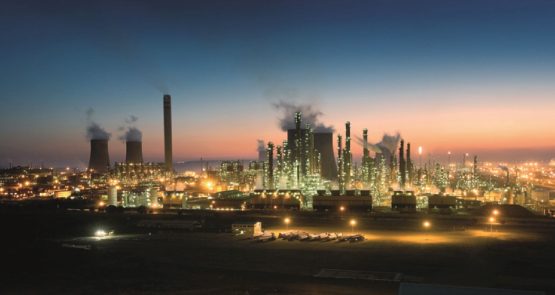 Over the past few years, Sasol has been under growing scrutiny for its approach to the risks posed to its operations by climate change. In particular, major shareholders have been frustrated by the company’s unwillingness to provide clear disclosures and mitigation strategies.

This is a particularly significant issue for Sasol, because it is the second-largest emitter of greenhouse gases (GHG) in South Africa after Eskom.

The transition to a low carbon economy, in which emissions have to be reduced and carbon will be taxed, will have potentially major impacts on its profitability.

The proposal asked that Sasol report on how its GHG emissions strategy aligns with the goals of the Paris Agreement.

The company has, however, rejected the resolution. Shamini Harrington, vice president: climate change at Sasol, told Moneyweb that this is because the company has already committed to doing what it requests.

“We have said in our climate change report that we will come out with [a] detailed scenario analysis aligning with the Paris Agreement in 2020,” she said.

This is the second consecutive year in which Sasol has rejected a shareholder resolution asking for more disclosure on its climate change mitigation strategy. Last year, the request came from the Raith Foundation and shareholder activist Theo Botha. It was rejected on the basis that Sasol was going to provide the information they were asking for in its 2019 climate change report.

That report was released along with its annual results last month, and while it was an important step forward, it did not entirely meet shareholders’ expectations. Specifically, Sasol was not explicit about how its plans and targets aligned with the Paris goals of keeping global temperature increases below two degrees Celsius from pre-industrial levels.

The company did note that it would be publishing an ’emissions roadmap’ next year, but the only clear emissions target it actually set was to reduce GHG emissions from its South African operations by at least 10% by 2030.

“Specifically, our concern is that Sasol has not made clear whether the types of disclosures that will be made in the November 2020 roadmap will be aligned to the Paris Climate Agreement, nor how they will be linked to short- and long-term executive remuneration,” said Jon Duncan, head of responsible investment at the Old Mutual Investment Group. “Our view is that a vote on these issues would have allowed Sasol to test shareholder appetite for such disclosures and, if passed, would have provided clarity on [the] parameters for future climate disclosures.”

The decision not to table the resolution at the AGM has therefore been met with disappointment.

Shareholder activism group Just Share, which supported the drafting of both resolutions, expressed what many shareholders are feeling:

“Sasol’s continued resistance to shareholder attempts to hold it accountable via the tabling of shareholder resolutions is regrettable, especially from a board looking to restore trust,” it noted in a statement.

Sasol’s decision is also in contrast to both Standard Bank and FirstRand, which have allowed similar shareholder resolutions to be presented at their AGMs. Earlier this year, Standard Bank’s shareholders became the first to vote in favour of such a proposal.

It is therefore unclear what Sasol would stand to lose by allowing the resolution to be tabled. Not doing so not only risks making the company appear obstructionist, but also potentially raises questions about its corporate governance.

“Sasol’s response presents some critical questions around the extent to which a company has the discretion to reject a shareholder resolution, both in terms of the Companies Act and the JSE Listing Requirements,” said Duncan. “This has a bearing on the extent to which shareholder resolutions can be used to enable better governance on material environmental and social issues.”

Harrington, however, argued that the company is on a path to giving shareholders what they are asking for.

“We do support the Paris Agreement goals,” she said. “Our climate change report presents the scenarios that we have developed, taking into account various elements of climate change, and on a qualitative basis we do see that certain parts of our operations are not as robust, and we need to do something about mitigating that risk.”

She emphasised that the target of reducing GHG emissions in South Africa by at least 10% is a minimum expectation.

“This is a journey we are on,” Harrington said. “We are wanting to increase [our] ambition, but we can’t do that until our full robustness test, which is going to come through next year, is done.

“That is going to take more extreme temperature goals into account, which will align with the Paris Agreement,” she added.

Importantly, Sasol also committed to better engagement with its shareholders, regardless of the fact that the resolution was rejected.

“We want robust engagement, and we intend to engage proactively,” Harrington said. “We might not have engaged as much as others might have wanted, but we are recognising that.”