The group plans to pursue claims against those executives implicated in a PwC probe. 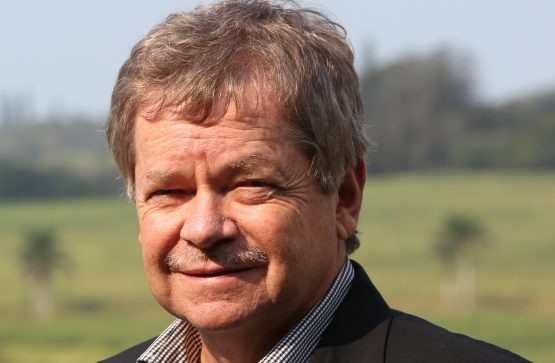 Beleaguered sugar and property group Tongaat Hulett released the “key findings” of PwC’s forensic investigation into the group’s financials and operations on Friday, pointing to serious accounting irregularities and corporate governance failures under the group’s former CEO Peter Staude and other senior executives.

Tongaat Hulett’s overhauled board, under new chairman Louis von Zeuner, says it “intends to pursue claims against certain individuals who appear to have been responsible for, or party to, the undesirable activities outlined in the PwC Report”.

Besides Staude, Tongaat Hulett’s former CFO, Murray Munro, and the group’s former managing director of its Zimbabwean operations, Sydney Mtsambiwa, have also been fingered in the report.

Other senior divisional directors and managers also cited include:

Tongaat Hulett opted not to publish the full PwC Report, saying that it is “subject to legal privilege and other confidentiality restrictions”. However, its board has decided to release a document on its website with key findings from the report “in the interest of transparency”. The document also highlights how Tongaat Hulett’s board plans to deal with the issues raised in the report.

Questionable or irregular practices highlighted in the PwC Report included:

Tongaat Hulett said that disciplinary action has been or is being taken in relation “to certain of the senior executives” referred to in the PwC Report as well as other individuals.

“From the PwC Investigation, it appears that personal financial enrichment of key senior employees was largely limited to the financial incentives paid to them during the years in which they achieved their employment targets,” Tongaat Hulett said.

The group is looking to recoup some of these bonuses. It also noted that, from a criminal law perspective, its board is engaging with the South African police and the National Prosecuting Authority.

Following Gavin Hudson’s appointment as new Tongaat Hulett CEO in February, the group embarked on a comprehensive strategic and financial review aimed at turning around the company. An initial review of the group’s financials by the new management team, under Hudson, raised questions around the group’s previous business, accounting and other practices. PwC was then brought in to undertake a full forensic investigation into the group’s operations in March. This led to Tongaat announcing in May that it would need to restate is 2018 financial results and delay its 2019 results.

“It soon became clear that, over and above the operational difficulties facing Tongaat Hulett, there was insufficient internal accountability, governance and financial oversight,” the group notes in its key finding document.

With the PwC Report finalised and handed to a special Tongaat Hulett board committee that includes Hudson, von Zeuner and fellow board member Linda de Beer, the group is now set to finally release its restated results for its 2018 and the delayed 2019 results in the second week of December.

“The Board Committee and Tongaat Hulett’s advisers have reviewed the content of the PwC Report to prepare for litigation by and against Tongaat Hulett Limited, to understand the impact on the financial results for the financial years ended 31 March 2018 and 2019; and, to determine whether further investigation is required and what remedial action to take,” the group noted (in the findings document on its website).

The Board Committee’s assessment of PwC’s key findings are as follows: