Ramaphosa orders that SAA be placed in urgent business rescue

The presidency has expressed concern that the news was leaked in an unofficial manner, but has nevertheless confirmed it. 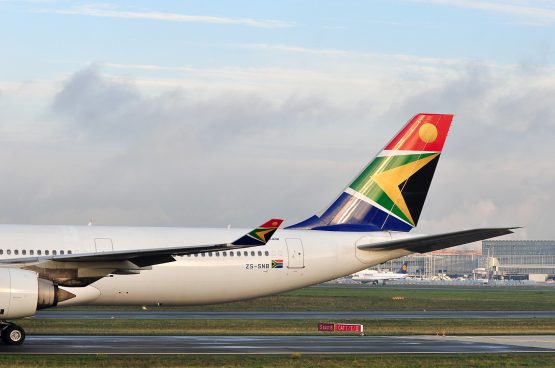 The Citizen was aware of this development and has been awaiting official confirmation.

President Cyril Ramaphosa ordered this be done in a leaked official letter, signed by secretary of the cabinet Cassius Lubisi (see below to read), due to the “dire situation” at the national airline.

The president sees this as “the only viable route open to the government to avoid an uncontrolled implosion” of SAA.

UPDATE: Gordhan offers the details of SAA going into business rescue from today

By being placed in business rescue, this would save the airline from being liquidated by its creditors.

“We remain seized with the SAA crisis and will keep members of the executive informed at all material times,” the letter reportedly reads.

Presidency spokesperson Khusela Diko confirmed that the letter is legitimate and was meant only for cabinet members and their deputies. She expressed concern to TimesLIVE that the news had entered the public domain in this way.

The earlier proposed restructuring of SAA has been abandoned.

Financial statements showing the true state of affairs at SAA, which the auditor-general has not even seen, will need to be made available, it was reported last week.

Moneyweb reported that the attempt by trade union Solidarity to save SAA by applying for it to be placed in business rescue would most probably ultimately fail to prevent the liquidation of the indebted airline.

The Democratic Alliance said in a statement after the news broke that it was “pleased that sense has finally prevailed and that Pravin Gordhan, Minister of Public Enterprises, has agreed that the next best option, other than liquidation, to stop the multibillion-rand taxpayer bailouts to SAA, is to put the national carrier into business rescue”, said DA MP Alf Lees.

“The DA has long held that business rescue was the only viable option to prevent SAA from placing any further burden on our ailing economy and the taxpayer,” added Lees.

He warned, though, that it was very unlikely that the application for business rescue for SAA would be conceded to unless there was a further bailout, presumably amounting to R2 billion, from the South African taxpayer in order to provide the working capital required to enable SAA to continue trading.

“If business rescue is awarded then it will take control of SAA out of the hands of the ANC. The business practitioner who is appointed must take robust action to immediately cut costs at SAA without any interference from the ANC. The DA will monitor this very closely in order to ensure that the ANC keeps its distance.

“With business rescue will come an obligation for the government guarantees of R19.1 billion to be honoured. This will require an increase in sovereign borrowings that in turn will increase debt service costs and place a further burden on taxpayers.”

The Citizen understands that both the SA Cabin Crew Association and the National Union of Metalworkers of SA were in talks with Solidarity to join its application to force the business rescue.

“The provisions in the legislation dealing with business rescue, Chapter 6 of the Companies Act No 71 of 2008, indicates that a court would probably refuse to allow business rescue and opt to liquidate SAA,” Adriaan Kruger wrote earlier.

Earlier today, Bloomberg reported that the airline was in talks with lenders including Standard Bank Group, Investec, Absa Group, Nedbank Group and FirstRand’s Rand Merchant Bank for funding which could help the struggling state-owned carrier after the recent crippling week-long strike.

Two anonymous sources told the publication the discussions were private, and all banks and financial providers involved declined to comment.

The airline needs help to pay salaries, purchase fuel and cover costs up until March 2020, and needs about R2 billion.

It also promised to pay backdated salary increases as part of the negotiations that led to the end of the strike, saying at the time that government would find these funds.