Manuel happy to move on from Moyo drama

This comes after the court ruled in Old Mutual’s favour. After the Johannesburg High Court ruled on Tuesday that Old Mutual does not have to give axed CEO Peter Moyo his job back, its chair Trevor Manuel acknowledged that the past seven months had been “very difficult”.

“The judgment is very important for us and we can finally move forward,” he said.

The long-drawn-out war between Moyo and Old Mutual started last year, with Moyo being suspended in May and subsequently fired in June. Old Mutual accused him of wrongfully pocketing dividends worth R30 million linked to NMT Capital, an investment holding company co-founded and partly owned by Moyo in which Old Mutual holds a 20% stake.

The firm cited a breakdown of trust and conflict of interest related to a payout of dividends by NMT Capital.

Old Mutual claimed in its court papers that ordinary dividends were declared and paid to Moyo without sufficiently providing for and servicing Old Mutual’s preference shares as required, something Moyo disputes.

On July 30, the Johannesburg High Court ruled that Moyo should be temporarily reinstated as CEO, blocking Old Mutual from appointing his successor, but Old Mutual fired him for a second time in August. The court then dismissed the insurer’s application for a declaratory order seeking to prevent Moyo from getting his job back.

The court has now upheld the insurer’s appeal against Moyo, with costs.

“The judgment is very detailed and very thorough and it places us in a new position because it reaffirms corporate governance,” Manuel told Moneyweb on the sidelines of Business Unity SA’s Economic Indaba on Tuesday.
“One of the issues was what are the rights of the board? And the judgment that was handed down in July raised serious questions about that,” he said.

The search for a permanent CEO

“It also speaks about the upholding of corporate South Africa in general, concerning executive leadership in broad stewardship – in this instance the CEO,” she says.

Tsengiwe adds that Old Mutual can now start with the recruitment process for a permanent CEO to replace Iain Williamson, who has been the interim chief executive since June 2019.

Moyo is not backing down

Moyo, on the other hand, is not backing down. He says he will be appealing the judgment. As for when he plans to start the appeals process, he says: “I really do not know.”

He would have to lodge an application with the Supreme Court of Appeal (SCA) in Bloemfontein.

According to the SCA website, the court generally sits in panels of three or five judges, depending on the nature of the appeal. The president of the SCA is entitled, given the importance of a matter, to direct that it be heard before a panel of more than five judges.

The market reacted positively to the high court ruling, with Old Mutual’s shares closing 3.25% higher at R19.69 on Tuesday. 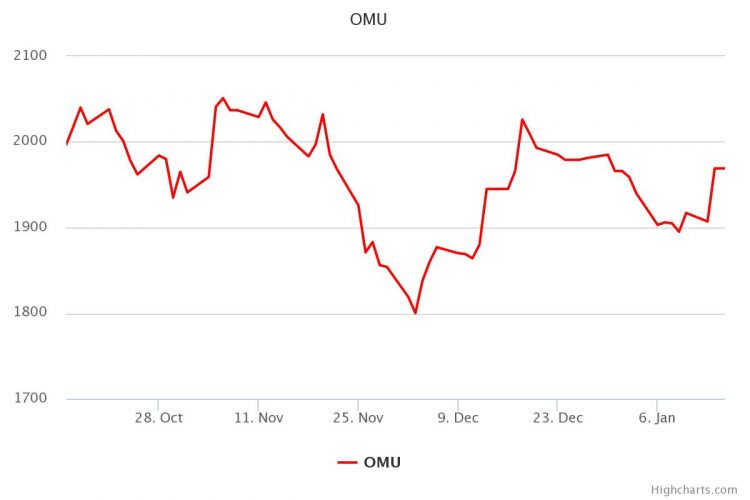 “The positive indication in the market therefore indicates that the market does welcome the ruling and we hope it will continue,” Tsengiwe says.

Wayne McCurrie of FNB Wealth and Investments says the fact that Old Mutual’s share price increased indicates how it is bigger than an individual.

“The future of the company was never going to be decided by whoever is CEO,” he says.

McCurrie adds that the firm’s victory mitigates some of the bad PR Old Mutual received during the back-and-forth court battle.