The party says the new clothing regulations are 'frankly mad and seem more at place during the 1980s under the Soviet Union than they do in a democracy like South Africa'. 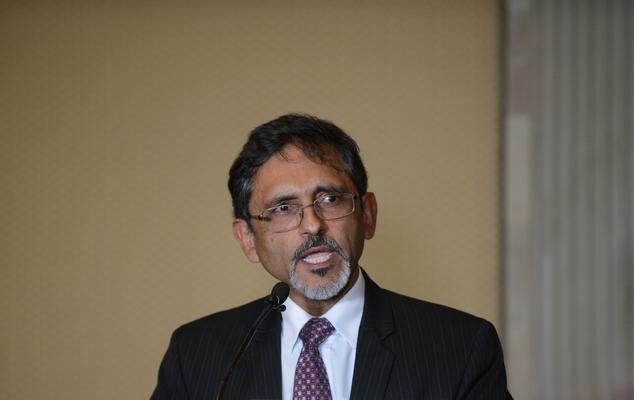 The DA, along with many others over the course of Tuesday and Wednesday, have voiced their amazement and scorn at new regulations published in the government gazette by Minister of Trade, Industry and Competition Ebrahim Patel allowing clothing and bedding to be sold under level 4 lockdown restrictions.

“The DA is stunned by the bizarre and extraordinary clothing list that has been gazetted by Patel, which seems to have been plucked from Alice in Wonderland,” said DA MP Dean Macpherson in a statement on Wednesday morning.

Macpherson said the new clothing regulations were “frankly mad and seem more at place during the 1980s under the Soviet Union than they do in a democracy like South Africa”.

He said there was no justification for the minister to be determining what clothes people were allowed to buy and, worse, how they should wear them.

In his newsletter last week @CyrilRamaphosa said the ban on cigarettes was a collective decision. So the embarrassingly nonsensical regulations – “you can’t buy a short-sleeved T-shirt in winter!” – are not just Ebrahim Patel’s. These are Ramaphosa’s regulations. He is complicit.

“According to the regulations, you can buy shirts so long as they are promoted ‘to be worn under jacket coats and/or knitwear’, which is ridiculous and insulting to South Africans’ intelligence. You may only buy crop bottom pants so long as they worn with boots and leggings, which is just ridiculous, and finally, you can only buy ‘closed toe’ shoes, which is just laughable,” the MP said.

Macpherson said the minister had become the laughing stock of South Africa with the regulations.

“These regulations are nothing other than the continued paternal obsession by the minister and the African National Congress (ANC) to dictate to South Africans what they can and cannot do.

“It is reminiscent of how people were forced to live during the existence of East Germany. It may be acceptable in a communist state but not in a free country like ours,” he said.

The MP said the DA believed that people should be able to buy whatever they want, as long as it was done in a safe way with health protocols.

“There is no rationale for a clothing list. It is now beyond doubt that Minister Patel is running amok without any restraint from President Ramaphosa.

Macpherson called on the president to fire Patel “without delay”.

“He has been a deadweight on this government during this crisis, lurching from one crisis to another, and should finally be put out to pasture before he wreaks any further damage on our economy,” he concluded.

Former finance minister  Trevor Manuel this week said many of government’s lockdown regulations could not pass the test of rationality.

Have you seen the regulations around what clothing can be sold? Do you really think they’re going to allow the sale of alcohol any time soon? I hope so but I doubt it. Can’t buy flip flops but we can buy booze, no way.

Apparently new government regulations require us to no longer wear sandals/flip flops, if that's true then they can go were the sun doesn't shine. #Level3