Trump threatens to ‘close down’ social media after tweets tagged

This after Twitter labelled two of his tweets 'unsubstantiated' and accused him of making false claims. 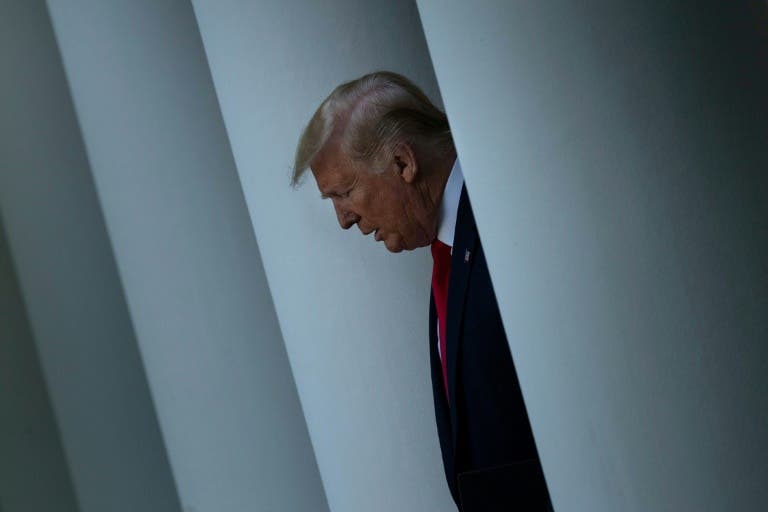 US President Donald Trump is in a fierce clash with Twitter after some of his tweets were tagged as 'false'. AFP/Brendan Smialowski

Twitter targeted tweets in which the US president said that mail-in voting would lead to fraud and a “Rigged Election” in November.

Under the tweets, Twitter posted a link which read “Get the facts about mail-in ballots” — a first for the social network which has long resisted calls to censure the president.

In response, Trump fought back, tweeting that “Republicans feel that Social Media Platforms totally silence conservatives voices. We will strongly regulate, or close them down, before we can ever allow this to happen.”

Trump repeated his allegations, saying “we can’t let large scale Mail-In Ballots take root in our Country. It would be a free for all on cheating, forgery and the theft of Ballots.

“Whoever cheated the most would win. Likewise, Social Media. Clean up your act, NOW!!!!” he added.

The president also accused social media platforms of interfering in the last election, saying “we saw what they attempted to do, and failed, in 2016.”

The president has long used Twitter as a platform to spread abuse, conspiracy theories, false information and insults to his 80 million followers.

Before being elected in 2016, he built his political brand by supporting the “birther” lie that Barack Obama, America’s first black president, was not born in the United States and therefore was not eligible to be president.

“However, fact-checkers say there is no evidence that mail-in ballots are linked to voter fraud.”

Trump aimed the misleading tweets at California, contending wrongly that anyone living in the state would be sent ballots when in fact they will only go to registered voters, according to the notice.

“In serving the public conversation, our goal is to make it easy to find credible information on Twitter and to limit the spread of potentially harmful and misleading content,” the company vowed when the change was announced.

In an attempted character assassination of Scarborough, Trump has spread the baseless rumor that Scarborough murdered an aide.

The entirely evidence-free story claims that Scarborough killed a woman he was having an affair with in 2001, when he was a Republican congressman and she was one of his staffers.