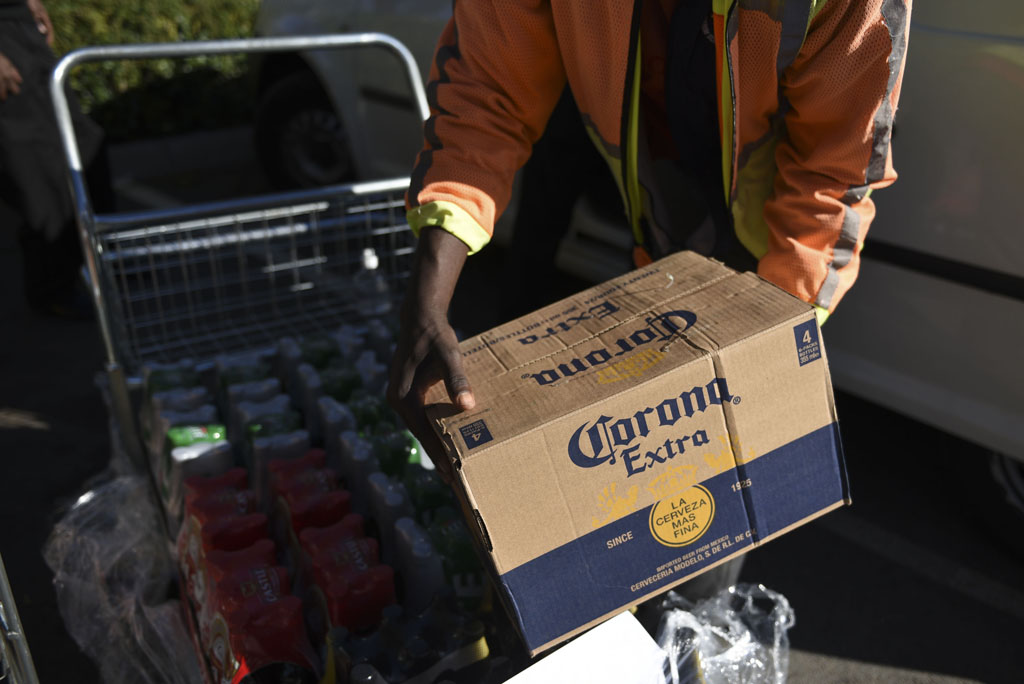 A regional Eastern Cape business chamber has labelled Premier Oscar Mabuyane’s call to push for a renewed alcohol ban as “knee jerk”, but his call has the support of the Eastern Cape Liquor Board.

Mabuyane will petition Minister of Cooperative Governance and Traditional Affairs Nkosazana Dlamini-Zuma, to have the ban on alcohol reintroduced in the province, it was reported.

Speaking on Monday, Mabuyane said the province had seen a surge in alcohol-related incidents since the country moved to level 3 of the lockdown.

Border Kei Chamber of Business (BKCB), which has 13 liquor trading members out of 583 enterprises, has slammed Mabuyane’s plan.

BKCB executive director Les Holbrook said: “Making decisions like this are unfortunately knee jerk and poorly informed. It has to be respected that this reported behaviour will occur whenever the liquor outlets are opened. Respectfully, this suggests that if they are closed now, wherever they are opened, we will see a precise repeat of this situation right now. We are a week into the concession and it’s very likely the offences will reduce and eventually revert to ‘same old’.

“If we are honest with ourselves, it’s likely the incidences were there all along, it’s just in the present day there is greater attention and media reporting, which in some respect attributed all the offences to 1 June,” claimed Holbrook.

Eastern Cape Black Business Forum secretary Luthando Bara said: “Our view is that it seems the alcohol ban has not only been about keeping a lid on the spread of the Covid-19 virus – it’s about the government experimenting with a way to cut the crime rate and change drinking habits with little or no enforcement.

“We support the view that a huge component of the containment strategy is underpinned by behavioural change.”

Mabuyane, though, has the support of a government entity, the ECLB. On Monday, the liquor board threatened to clamp down on non-complying liquor traders and those who don’t drink responsibly.

ECLB spokesperson Mgwebi Msiya said: “The unbanning of the sale of alcohol has seen a profoundly disappointing rise in various forms of serious crime in the province of the Eastern Cape. Numerous types of crimes that have been reported throughout the province include culpable homicide, murder, assault and attempted murder.

“Reported cases during this period also include drunk driving and drunk pedestrians hit by passing cars. All these cases are a clear illustration of the extent to which people blatantly flout the alert level 3 lockdown regulations, which, among other things, stipulate that people must drink alcohol at home.”

Msiya said the board was seriously concerned with the state of affairs, and liquor inspectors were working around the clock to clamp down on non-compliance “during the period when the Eastern Cape is experiencing an exponential increase in Covid 19 cases”.

Msiya urged people to follow the regulations and, if they are drinking, to do so at home.

Members of the public were urged to report any suspected cases of the contravention of the liquor trading regulations to the nearest police station or to the ECLB complaints numbers at 080 000 0420 or WhatsApp number 076 403 6223.

Mabuyane also made the remarks during the sitting of the provincial legislature’s Portfolio Committee of the Office of the Premier, via Zoom last week.

The premier said, “if the scenes of people standing in long queues outside liquor outlets on the first day of level three were anything to go by, the province might see a spike in infections”.

“We would like to urge our communities to be extremely cautious during the relaxed alert Level 3 lockdown as the virus is still in our midst. Alert Level 3 is meant to open an economy in a manner that does not lead to a rise in infections.”

“This defeats the very same essence of [why] people must stay at home, maintain social distance and adhere to proper hygiene.

“We are hopeful that such scenes won’t be a constant feature in our province going forward because we will be left with no choice but to lobby national government to prohibit the sale of alcohol again.

Health Minister Zweli Mkhize had raised concerns last week over the spread of the virus in the Eastern Cape, saying it was copying the trend of the Western Cape.

On Sunday, Mkhize’s spokesperson Lwazi Manzi said the minister would later this week visit the province because of the rising infection rate.

“The Eastern Cape has similar numbers to Gauteng, but it has recorded the second highest mortality numbers and its proximity and inter-connectedness with the Western Cape makes the province especially vulnerable.”