Tobacco wars: behind the scenes of Batsa’s urgent court application 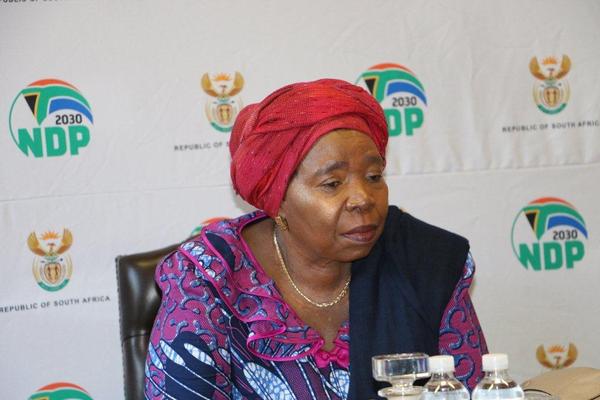 The urgent application brought by British American Tobacco South Africa (Batsa) to have the ban on the sale of tobacco products set aside has been delayed by President Cyril Ramaphosa and Minister of Cooperative Governance and Traditional Affairs (Cogta) Dr Nkosazana Dlamini-Zuma for some six weeks because of “scheduling complications”.

Perhaps the president and the minister lost their eagerness to be heard in court when they received Batsa’s replying affidavit and realised what they were up against.

After all, they would be required to come up with evidence to support all aspects of the tobacco ban, including how decisions were made.

It is questionable whether they had even gone through Batsa’s founding affidavit and the some 500 accompanying pages of documents that were submitted on May 20.

Batsa has described the decision to delay this urgent application to lift the tobacco sales ban as “inexplicable” and “worrying”.

Taxpayers should also be concerned, as they will be required to cough up the difference.

But perhaps the most concerned should be the Government Employees Pension Fund (GEPF) members, as they are the ultimate passive sitting ducks.

As for the South African Revenue Service (Sars), it is going deeper into the red, and it’s unlikely it will be receiving any taxes from the illicit tobacco dealers. Sars, unsurprisingly, declined to comment as: “The matter you are enquiring about is before the court … ”

Batsa claims that this six-week delay will cost South Africa more than R1.4 billion in excise taxes alone, and thousands of jobs.

“This delaying of justice and a resolution of this issue is inexplicable. By the time the case is heard the ban will have been in place for four and half months during which time billions of illegal cigarettes will have been sold,” said Johnny Moloto of Batsa.

The applicants in Batsa’s matter (the application) cover the entire value chain for tobacco and vaping products, including agricultural, manufacturing, retail and consumer sectors. This application is also made in the interests of a group of persons who are not in a position to litigate in their own interests (per section 38(c) of the Constitution), as well as in the public interest (per section 38(e) of the Constitution).

The purpose of the application is to set aside Regulation 45, which prohibits the sale of tobacco and vaping products during Alert Level 3 as it violates a series of fundamental rights, and is thus unconstitutional. Further, the regulation is irregular in terms of the principles of administrative law.

Even vaping products that do not contain tobacco are restricted in the same way as tobacco products.

Timeline marked by no response, no reply

Prior to the commencement of lockdown on March 26, the Department of Trade Industry and Competition (DTIC) announced that a limited range of goods would be available for sale during the lockdown period. Batsa wrote to the Minister of Small Development and the Minister of Finance on March 24 requesting that tobacco products be included in the list of basic goods that can be manufactured and sold during the lockdown. Batsa also wrote to the DTIC on March 25 following the publication of the amended regulations. No replies were received to these letters.

There were divergent opinions between the Western Cape Provincial Government and DTIC on whether tobacco products could be sold. On April 23, the president addressed the nation to give an update on the government’s response to the Covid-19 pandemic. He announced that cigarettes could be sold from May 1, “when the country moves to Level 4 … ”

A draft framework for all five alert levels, called The Risk Adjusted Strategy was published on April 20. Alert Level 4 included tobacco products as goods that could be sold.

Hence, Batsa submitted a written representations expressing gratitude that tobacco products could be sold, and added that Alert Level 4 would allow the harvesting, processing, manufacturing and sale of tobacco products, and also cited a range of factors to support the lifting of the prohibition. Batsa also commented that there was insufficient evidence on the impact of smoking and vaping on Covid-19. No reply was received.

Meanwhile, Batsa’s operations immediately went into action, and between April 29 and May 4, orders to the value of R293 million were captured.

“In an extremely volte-face”, the minister announced on April 29 that the prohibition of the sale of tobacco and vaping products would continue.

In an attempt to embark on an engagement process, Batsa addressed further submissions to the president. No reply was received.

Batsa CEO Andre Joubert, in the founding affidavit: “The continued prohibition on the sale of tobacco and vaping products causes harm not only to individual consumers, but also to Batsa, the tobacco industry and the fiscus.”

Arguments and evidence to be led in court

Evidence on the impact on consumers:

The impact on the tobacco industry:

Regulation 45 is unconstitutional and amounts to an arbitrary deprivation of property:

Regulation 45 inflicts harm on consumers and on participants in the tobacco/vaping supply chain:

Various scientific studies and research papers have been submitted on the relationship between smoking and Covid-19.

The total loss of revenue of all the parties involved in the tobacco industry (farmers, manufacturers, wholesalers, suppliers, commission earners, employees), and hence, the loss in tax revenue, is incalculable.

The illicit cigarette trade is booming, and it will be difficult to stamp this out. It is to be noted that Sars recently discontinued the tender process for the track and trace system.