Imperial Logistics lost about R4 billion in revenue because of the impact of Covid-19. 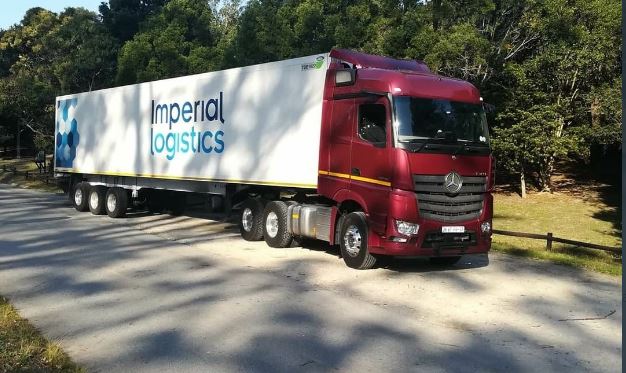 Imperial Logistics is planning to retrench about 1,000 of its employees in South Africa. This forms part of a restructuring and cost-cutting exercise prompted by the serious financial hit the JSE-listed African and European logistics provider took from the Covid-19 lockdown.

The group has about 2,000 employees in South Africa, Africa and its international operations.

However, Imperial Logistics CEO Mohammed Akoojee said on Tuesday the group is also positioning itself to take advantage of the opportunities that arise post Covid-19, including strategic acquisitions.

Akoojee said the cost-cutting has not yet been implemented.

“There will be retrenchments as part of that, but it will be probably less than 1,000 in terms of the number of jobs that are impacted. These will be across our transport and warehousing businesses within South Africa.”

Akoojee said the Logistics Africa business, which is largely in South Africa, was more impacted than its Market Access business because the lockdown was more severe in South Africa than in other African countries where the group operates.

In addition, this business provides logistics to key sectors, such as tobacco and liquor, that were closed for most of the period and even when the lockdown restrictions were eased.

“About 20% of our revenue in South Africa is generated in that industry, so that had a big impact,” he said.

Akoojee added that the Covid-19 crisis has amplified the need to position Imperial for growth and longevity well beyond the pandemic.

He said the decisive strategic actions taken over the last 18 months have stood the group in good stead and the tough decisions they made as a business – including removing significant costs, the closure of the CPG business, the disposals of the European shipping business and Pharmed, and focusing the business on cash flow generation and capital management – have contributed to Imperial’s resilience “as we now navigate these uncertain times”.

“Further cost reductions in South Africa of R200 million are planned for F2021,” he said.

Akoojee said Imperial Logistics lost about R4 billion in revenue because of the impact of Covid-19, which translated into lost operating profit of about R1 billion in the March to May period.

He said the lost revenue has a bigger impact on operating profit because of the high fixed cost base of the logistics business, where about 50% of the costs are fixed.

The impact of Imperial Logistics translating its profits from its international logistics business had a significant impact on the group’s financial results in the year to end-June.

Akoojee said the group made losses in Europe in the last quarter and these losses were translated into rands at a much weaker exchange rate, which impacted the group’s profit performance even more.

“International Logistics was the business that was hardest hit by the impact of Covid-19, which was partially offset by new contract gains and acquisitions,” he said.

The group reported a net loss for the year of R226 million compared with the R3.58  billion profit in the previous year.

Shares in Imperial Logistics dropped 5.7% on Tuesday to close at R37.10.

Imperial Logistics in the reporting period sold its European shipping business to the Cologne-based Häfen undGüterverkehr Köln AG for about R3.4 billion and has entered into an agreement to sell Pharmed, its South African pharmaceutical wholesaler in South Africa, to the Arrie Nel Pharmacy Group.

Akoojee said the shipping business is non-core to Imperial’s strategic imperative, which is to grow its African footprint and position the group as the “Gateway to Africa” in the medium- to long term.

He stressed that the disposal of Pharmed does not represent an exit by the group from the healthcare industry in South Africa, but merely the exit from non-core wholesale activities.

Nonetheless, Akoojee highlighted that the group has grown the business as well and executed acquisitions in its Market Access and Logistics Africa businesses to the value of R900 million.

This included the acquisition of:

Akoojee stressed the need to look beyond the short term, to seek out opportunities for Imperial, and to position itself for that world.

“I’m very positive about it and believe there will be a lot of opportunities that come out of some of the changes to our industry and the market dynamics.

“Supply chains will shorten. That is a major opportunity for us, particularly with our market access and logistics business where there will be more local manufacturing,” he said.

Akoojee said there will be more outsourced opportunities, adding that one of the biggest lessons learned through Covid-19 is that supply chains are not as resilient as people thought.

“It’s a big opportunity for the logistics industry to up its game, focus on that and assist clients with that.”

He added that the change in consumer behaviour and the group’s focus and investment in e-commerce, online and consumer engagement will stand Imperial in good stead, because there is room for a lot more improvement in Africa.

“If you look at our logistics business with our market access business, there is a good opportunity for us in that space.”

Akoojee said the healthcare industry, particularly in Africa, is still an emerging sector with a lot of investment required.

He said Imperial has a big role to play in this space with its healthcare value chain, where it makes 21% of group revenue from sourcing through to market access.

“Through Covid-19, we have seen that our healthcare industry needs more capacity and more channels serviced and we are ideally positioned for that.”