The cost of corona: SA will need R3.4trn to recover

Tax under collection, subdued economic growth, tax dodgers and the growth of the illicit economy are all contributing factors that will make economic recovery difficult. 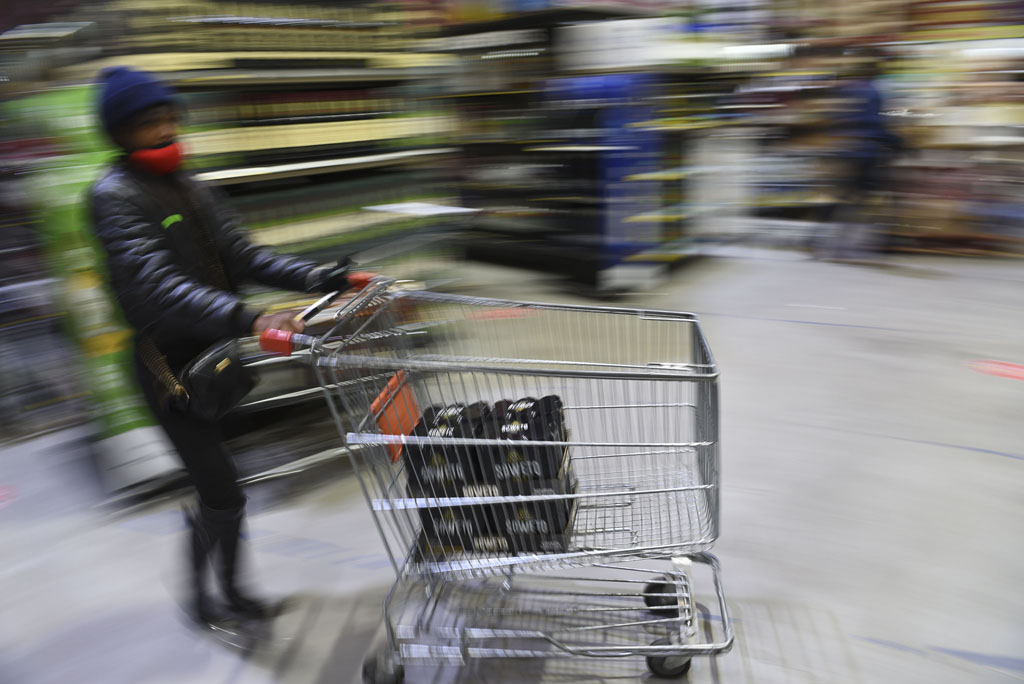 Customers shop at the Makro Liquor Store in Roodepoort, 18 August 2020, as South Africa allows the sale of alcohol and cigarettes as the country moves into level two of lockdown during efforts to curb the spread of the COVID-19 coronavirus. Picture: Michel Bega

The South African economy will require funding of an estimated R3.4 trillion in the next three years, excluding off-balance-sheet infrastructure projects, says Martin Kingston, executive chair of Business for SA.

The under collection of tax revenue because of the sharp contraction of the economy in response to the stringent Covid-19 lockdown regulations may well be worse than the R300 billion touted in June. Tax collections were down 20% in August compared to the same time last year, Moneyweb reports.

Sars Commissioner Edward Kieswetter said in his opening address at the virtual Tax Indaba on Monday that the revenue service was able to collect R460 billion compared to last year’s R519 billion in the same time.

He said the under collection is not only linked to the lack of economic activity, but also to the current level of tax compliance.

“I do understand the frustration many South Africans have when they witness inefficiency, waste and corruption in the country. I understand that many feel morally justified to fiddle with their taxes. But when we do, we hurt the vulnerable and poorest in society.”

Kieswetter referred to the corruption investigations into irregularities regarding the procurement of personal protective equipment (PPE), where 63% of the companies who were awarded tenders were found to be ‘tax uncompliant’, and 22 of the companies were linked to “politically exposed individuals”.

The ban on the sale of tobacco and alcohol during the lockdown also didn’t do the economy any favours.

“The price we are paying as a society, in addition to the lost tax revenue, is the fact that many of these [illegal] operators have embedded themselves in the supply chain,” said Kieswetter.

“It will take us years to reverse the impact these illegal and criminal operators are having on the economy.”

There is however some good news. Chris Loewald, Head of the South African Reserve Bank’s Economic Research Department, said there are things happening in the global economy that are supportive of getting SA economy back on track.

“The terms of trade have been strong, pricing levels in the mining sector have been very strong, and that will continue as the Chinese economy begins to rev up.”

He added that although a lot has to be done to enable the economy to grow faster, the macro recovery trajectory is actually “a pretty good one”.

The Indaba, hosted by the South African Institute of Tax Professionals (Sait), looked at the fiscal and monetary framework the country finds itself in on the first day of deliberations. It also considered the viability of an economic recovery in the short, medium and long term.

Infrastructure is seen as a critical part of the country’s recovery post Covid-19.

Kingston noted that the 50 projects and 12 special projects worth R360 billion announced earlier by government will have to be “ruthlessly prioritised” to ensure that they offer appropriate returns.

The 2011 Renewable Energy Independent Power Producer Procurement Programme has been hailed as an example where public-private partnerships (PPPs) can make a significant difference.

Webber Wentzel partner Alexandra Felekis has been intimately involved in the programme, and says the country’s current PPP framework is highly regulated.

“This has resulted in a very complex, cumbersome and time-consuming process where it can take five years to get one PPP going,” she said during the Indaba’s morning session.

“That in itself has created a lack of trust in government to implement PPPs in a timely manner.” Government has acknowledged the need to relook the legislation in order to shorten the process, but still keep the checks and balances to prevent corruption.

Felekis said the renewable energy procurement project could be the model of future procurement processes in SA. The programme is based on PPP principles, but without the onerous approvals in light of the energy crisis.

Kingston noted that there are limited sources of capital for infrastructure development, including assets that are managed by pension funds.

“To tamper with that is a flagrant breach, not only of the responsibilities of the trustees of the pension funds and the mandates of those funds, but it undermines the risk-adjusted returns offered to beneficiaries when they placed their savings with these institutions, regardless of their risk appetite.”

Kingston said business has been vocal in its disapproval of the use of funds managed by the Public Investment Corporation, especially in the context of the unsustainable Eskom debt of around R600 billion.

“It is possible to mobilise capital from wheresoever we can, if it is done in terms of appropriate terms and conditions.”

The introduction of prescribed assets and interfering with regulations will undermine SA’s credibility, the quality of its financial services sector, and trust and confidence in the country, Kingston warned.

Ismail Momoniat, Deputy Director-General at National Treasury, said Treasury is not designing any “prescribed asset regime”. It is however looking at changing regulations to enable investments into “greater” options.

The ultimate decision where and how to invest will be determined by the funds’ board of trustees.

This article first appeared on Moneyweb as was republished with permission.