Advocate Chris Orr, representing the PSA, cited Treasury’s own findings that the agreement can be enforced but would require that at least 5% of the public service be retrenched. 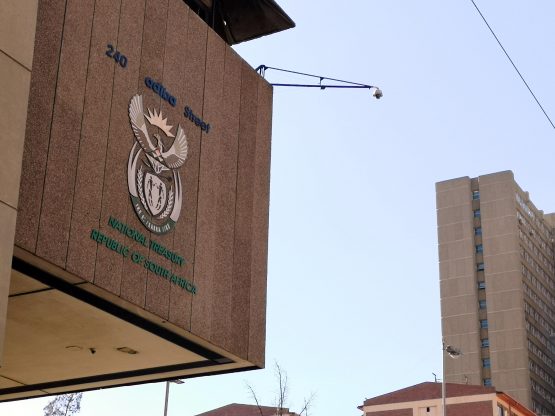 The court heard of Treasury’s own findings that the agreement could be enforced if at least 5% of the public service sector is retrenched. Image: Moneyweb

Although South Africa’s fiscal position has gradually weakened over the past three years, the government cannot walk away from implementing the final year of a three-year wage deal, legal counsel for public sector unions argued on Wednesday.

Unions – including the Public Servants Association (PSA), the SA Democratic Teachers’ Union, the National Professional Teachers’ Organisation of SA, the Health and Other Services Personnel Trade Union of SA, and the National Education, Health and Allied Workers’ Union (Nehawu) – approached the Labour Appeal Court to compel the government to stick to its end of the 2018 wage agreements.

Despite this being the final year of the three-year deal, the government unilaterally decided to announce a freeze on public sector wage increases earlier this year in line with its bid to save R160 billion over the next three years.

Advocate Jeremy Gauntlett , appearing on behalf of Finance Minister Tito Mboweni, argued that the wage agreement is invalid and unenforceable given that the public finances have vastly changed since the agreement was signed, due in part to the Covid-19 pandemic.

The R37.8 billion required to finance the wage increases, Mboweni says in court papers, comes at a time when the “rest of the country’s workforce (including higher-echelon public servants, Cabinet and Parliament) have accepted salary cuts or freezes as a consequence of the economic climate and Covid-19 crisis”.

Gauntlett told judges Dennis Davis, Phillip Coppin and Violet Phatshoane that National Treasury’s hands are “empty” and that enforcing clause 3.3 of the wage agreement, which details percentages of salary increases from 2018, takes 60% of the country’s revenue and allocates it to just 2% of the population.

However, Advocate William Mokhare who appeared on behalf of Nehawu said that as recently as April, the government had indicated commitment to unions that it would comply with the wage agreement, despite the government experiencing “difficulties” with the implementation. Additionally, Mokhare said the decision to sign the 2018 agreement with unions was approved by the cabinet so it should be enforced.

“Courts should encourage the state to respect its obligations … the moment the government is allowed to go scot-free on an agreement that it signed willingly … [it would allow] any other corporation that has been implicated by Covid-19 to walk away,” Mokhare said.

Mokhare argued that a better option than a dismissal of the wage agreement would be for the government to be assisted in finding a solution that would enable it to comply with its obligations despite the ailing public purse.

Judge Davis pointed out that the country’s finances had deteriorated since the agreement was signed and that should it be enforced, government’s funds could need to be reprioritised from critical programmes to finance the agreements.

In response, Advocate Ngwako Maenetje who appeared on behalf of three unions, said in the face of the impossibility of the enforcement of the agreement the government cannot walk away. Rather the agreement remains valid and the parties are eligible to a “just and equitable” remedy.

Advocate Chris Orr, representing the PSA, cited Treasury’s own findings that the agreement can be enforced but would require that at least 5% of the public service be retrenched.

While this suggestion may not find favour among public servants, Orr argued that the government’s assertion that it would be impossible for it to implement the wage deal (given the strained finances) falls away.