Although Finance Minister Enoch Godongwana didn't mention e-tolls in his budget speech, his announcement on fuel levies was welcomed. 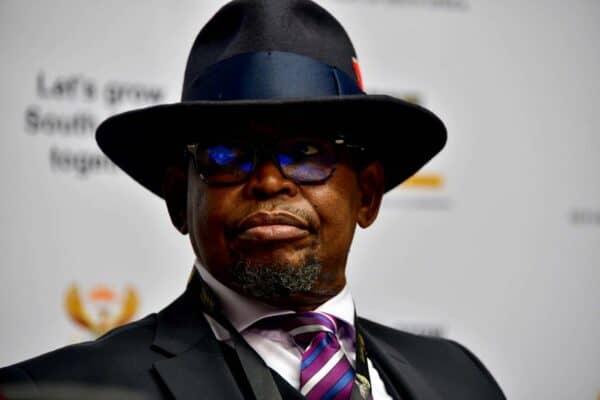 Finance Minister Enoch Godongwana addressing the media at the Imbizo Media Centre in Cape Town ahead of the 2022 budget speech. Photo: GCIS

South Africans are still in limbo as they continue to wait for an announcement on the future of e-tolls, following Finance Minister Enoch Godongwana’s failure to mention it in his budget speech.

This after Transport Minister Fikile Mbalula in November said Godogwana would make an announcement on the future of e-tolls in his budget speech.

On Monday evening, said Mbalula’s spokesperson Collen Msibi, Mbalula “indicated at the RTMC (Road Traffic Management Corporation) stats release that the matter will be addressed after the budget speech”.

“Even though he did not indicate the date,” Msibi added.

However, the Automobile Association (AA) of SA’s Layton Beard said they were also waiting for some development on whether or not e-tolls will officially be scrapped, which will hopefully be announced sometime during the week.

The Organisation Undoing Tax Abuse (Outa) told The Citizen that they were also expecting the matter to be finalised, and government should accept that the e-tolls project was unsuccessful as the compliance rate currently stood at 15%.

Outa also said government was not getting the funds they expected to get from motorists because motorists saw the scheme as unlawful.

Outa’s Executive Director of the Accountability Division, Stefanie Fick, said only 15% of motorists payed e-tolls so there wasn’t any financial Armageddon.

“I know Minister Mbalula has said that the roads in this country are in a [dire] state because of the fact that people in Gauteng are not paying e-tolls and that is absolute nonsense,” she said.

Meanwhile, the AA welcomed Godongwana’s announcement that fuel levies will not be increased and that there will be a “review of all aspects of the fuel price”.

“This is a landmark win for all consumers – not only motorists – and while fuel prices may still increase the additional burden of higher taxes is now out of the way,” the AA said.

“We are naturally extremely happy that our calls have been heeded.”

In his inaugural budget address on Wednesday, the finance minister said he will review the fuel price structure with the Minister of Mineral Resources and Energy Gwede Mantashe.

“The intention is to have a petrol price that is competitive with this economy. So our teams will make an announcement in due time,” he said.

Godongwana said in 2021 the inland petrol price breached R20 per litre, and the higher prices have put pressure on the cost of transport, food and other goods and services. To provide some relief to households, no increases will be made to the general fuel levy on petrol and diesel for 2022-23.

“Households are still under financial pressure and are coping with higher obligations, the effects of Covid and increased fuel prices. Now is not the time to increase taxes and put the recovery at risk,” Godongwana said.

“Accordingly we have decided to keep money in the pockets of South Africans.”

The National Liquor Traders Association, however, was not happy with the budget speech after alcohol prices were hiked. It condemned the increases, which were between 4.5% and 6.5% on excise duties, and said the rates were above inflation.

The association said once again liquor traders were left to fend for themselves and “conjure up means for survival against the onslaught of the illicit market which will be celebrating the above inflation excise duty increase which will in no doubt boost their criminal network”.

“The biggest winners of the budget speech are the illicit market and once again, legal liquor traders will bear the brunt of government’s ignorance of this important sector,” the association’s convener Lucky Ntimane said.