The Ukraine-Russia conflict could affect fuel and food prices, unless government acts now. 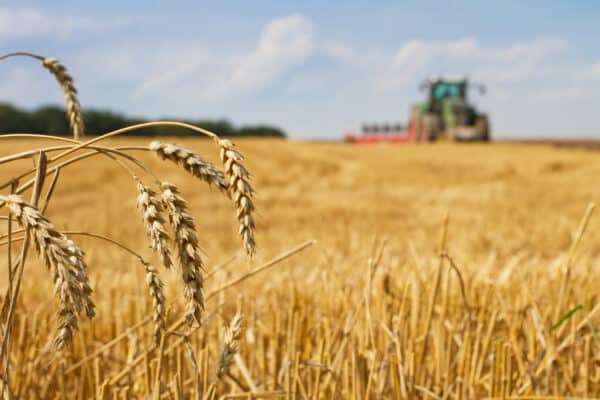 South Africa imports 30% of our total wheat from Russia and the Ukraine, both of which are major wheat producers on a global scale. Photo for illustration: iStock

The South African agricultural industry association (AgriSA) has sounded the alarm amidst the war taking place in Europe between Russia and Ukraine, warning that food prices could soar in SA if the government does not act soon.

AgriSA stated that fuel levies should be suspended to give farmers some semblance of relief, while bracing them and consumers for the global skyrocketing of food prices.

This is the advice of chief economist at Agri SA, Kulani Siweya, who implored government to take “urgent action”, especially for small-scale farmers.

The current conflict in the Ukraine threatens to push food prices up, a side-effect Siweya says must be contained as soon as possible.

The country’s trade relationship with the Ukraine has increased significantly over the last decade, notably agricultural exports to the war-torn region.

Agricultural imports from Ukraine were at R390 million as of 2020, with commodities making up more than half of South Africa’s exports to Ukraine.

The biggest export items are fruit and nuts, notably citrus, which in 2020 had an estimated value of R133.7 million.

South Africa imports 30% of our total wheat from Russia and the Ukraine, both of which are major wheat producers on a global scale.

Together, these regions account for a quarter for the world’s wheat exports.

Grain SA economist Luan van der Walt told Business Insider South Africa an increase in the price of bread and cereal will likely be reflected on the shelves in about three months’ time.

In addition, Russia is the world’s leading supplier of fertiliser, an integral element of farming.

“Farmers were therefore already under pressure prior to the current crisis. Russia’s invasion of Ukraine has only worsened this pressure,” he explained.

Between February and March alone, Brent crude oil prices have almost tripled due to the conflict.

This has led to increasing fears of soaring fuel prices, with South Africans still reeling from the latest petrol price increase.

Sanctions on Russian oil could even lead to the same shortages experienced in 1973, where fuel prices increased overnight by 400%.

Visiting professor at the Wits Business School Professor Jannie Rossouw told The Citizen if Russian oil is sanctioned, coutnries will begin hoarding it.

He also said the fuel price reaching R40 a litre was not as unlikely as we would like to think.

ALSO READ: Sanctions on Russian oil can lead to same shortage as in 1973

Consumers to be hit hard

Siweya warned the recent and still expected fuel prices would result in the cost of food rising “substantially” in the coming months, unless government acts to contain them.

“This is why Agri SA is calling on government to suspend fuel levies while the Ukraine-Russia crisis persists in order to contain food prices.

“Failure to act can only exacerbate the pricing pressure on consumers, compromising food security in South Africa, especially for the most vulnerable in society.”

He adds the suspension of fuel levies will buffer vulnerable small-scale farmers from input cost increases, and from the expected hit to agricultural revenue from Ukraine and Russia.

“Every day this action is delayed puts much-needed jobs in the sector at risk,” Siweya said.