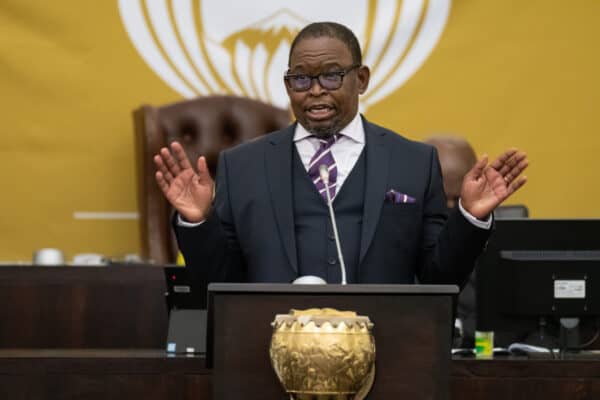 An emergency fuel price intervention will reportedly be announced in the National Assembly on Thursday afternoon.

This according to Fin24, after Finance Minister Enoch Godongwana said in Parliament last week National Treasury and other departments were discussing interventions to help consumers.

The hybrid sitting is scheduled to take place at 1pm.

During the 2022 Budget Speech, Godongwana said no general fuel levy increases on petrol or diesel would be implemented this year or in 2023.

The general fuel levy currently sits at R3.93 per litre. Should Godongwana suspend this levy, South Africans could save almost R4 at the pumps.

Earlier this month, the Central Energy Fund predicted petrol users could be expected to fork out more than R2 more at the pumps, with the price of diesel said to potentially increase by over R3.

Spikes are attributed to increasing international oil prices, exacerbated by Russia’s invasion of Ukraine, as well as the rand value to the US Dollar.

A Business Tech report suggested the levy should be scrapped and replaced with a mandatory motor insurance flat fee, not linked at all to the fuel price.

The proposal comes a week after the RAF reported that it was making steady progress in its turnaround strategy. The RAF has been technically insolvent since 1981.

But despite the RAF’s progress report the 2022 Budget Review revealed that during the 2020/21 period, theRAF accounted for 83.7% or R374.6 billion of the liabilities of the government’s social security funds.

The Automobile Association (AA) has long called for a complete overhaul of government’s fuel price model, and to scrap levies.

“Our economy is closely linked to the fuel price; it is a major input cost in the manufacturing, retailing and agricultural sectors.

“We have noted before that a review of the current structure of the fuel price, as well as an audit of all the elements which comprise the fuel price, should be done sooner rather than later,” the AA said.