Liquidation of the operator of kulula.com and British Airways domestic flights has left a gap in the market. 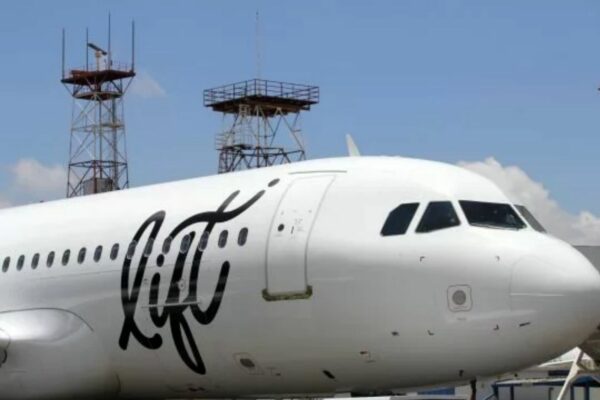 SA’s youngest airline Lift plans to grow its fleet of aircraft by up to three times by the end of 2022, in part to cater for the void left by Comair.

Lift co-founder and CEO Jonathan Ayache tells Moneyweb that although expansion has been on the cards for the airline, Comair’s sudden exit from the market has expedited Lift’s growth plans.

“Our expansion plans have definitely been expedited … We’re looking to increase our fleet two to three times before the end of the year.”

However, he says that in order to avoid the same fate suffered by Comair, any expansion beyond that will be dictated by market demand.

“Traditionally, airlines are very focused on growing their seat capacity and hope that there’s the demand when it isn’t there … We’re very focused on being demand driven as opposed to being supply driven and [wanting] growth at all costs.”

Lift currently operates three Airbus A320 aircraft on its Johannesburg-Cape Town route, with each flight having a capacity of 162 passengers – 150 in economy and 12 premium seats.

This is less than the seat capacity offered by market competitors FlySafair, which operates about 24 Boeing-737 planes that can carry around 189 passengers per flight.

Ayache says Lift is also looking to expand its presence to more local routes, such as Johannesburg-Durban and to the Eastern Cape in future.

No plans to take on Comair leases

With cash-strapped Comair having no option but to go into liquidation, the leases on its aircraft are now being shopped to the market.

However, Ayache says Lift is not looking to take up any of Comair’s leases, adding that this decision is based on the “operational difficulties” that such a move would present.

“We operate Airbus aircraft and Comair operates Boeing – it’s quite a different capability. I’m not actually sure if there are any airlines that operate both, [as] there’s quite a bit of inefficiency that you bring in because the pilots and the cabin crew need to be trained on both aircraft types.

“It’s quite complicated to run a dual fleet, so at this stage, there’s no plans on bringing any of those [Comair] aircraft over,” adds Ayache.

However, FlySafair – which revealed expansion plans last week and operates a Boeing fleet – says it is considering taking up some of Comair’s leases for the right price.

“It all depends on the nature of the deal,” FlySafair’s chief marketing officer Kirby Gordon tells Moneyweb. “It entirely depends on what kind of parameters are in place, what kind of maintenance we offer to do for one another; there are so many moving parts in an aircraft contract.”

Lift not the ‘new Mango’

Despite having a common shareholder in the Takatso Consortium – which has been announced as the preferred bidder for a majority stake in the national carrier South African Airways (SAA) – Ayache says Lift will not be replacing the grounded Mango Airlines as SAA’s low-cost carrier.

Established in late 2020, Lift is a joint venture between Ayache, Gidon Novick (CEO of the Takatso Consortium) and Global Aviation, which is also part of the Takatso consortium.

Instead, says Ayache, Lift has every intention to compete with SAA.

“So, beyond that, there’s been absolutely no discussion, no decisions that the SAA board or the Mango board have made as a result of any decision around Lift. I think that narrative has just been speculative.”