The group accounted for 40% of domestic air trips in South Africa and a number of international routes. 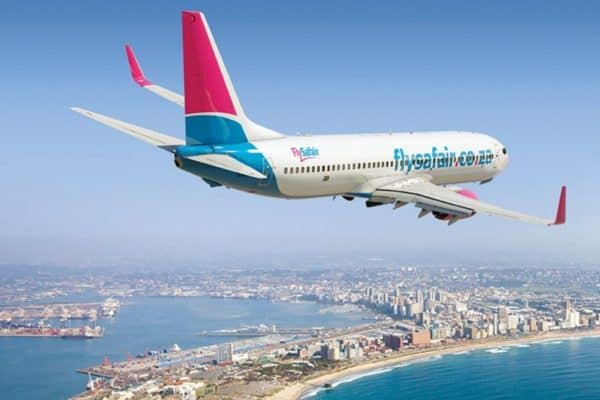 South African airline FlySafair plans to add at least 10 new routes across sub-Saharan Africa to take advantage of a gap in the market left by the collapse of domestic rival Comair.

The closely held carrier will fly to capital cities such as Nairobi, Lusaka and Maputo alongside holiday destinations including Victoria Falls and Zanzibar, according to a statement Tuesday.

The company will add an initial five new planes to the fleet by early 2023, it said, without specifying a model.

Comair, the South African partner of British Airways and owner of low-cost carrier Kulula, applied for liquidation earlier this month after running out of funds.

The group accounted for 40% of domestic air trips in South Africa and a number of international routes.

“The market has lost about 9,000 seats a week,” Kirby Gordon, chief marketing officer at FlySafair, said in the statement. Adding new planes “will help to plug this gap.”