Fortress Income Fund: The stock that keeps on giving If you invested R10 000 of Fortress Income Fund B shares over a five-year period, with the dividends from the property counter reinvested, the investment would now be a sizable R135 000.

Early backers into Fortress B shares have been coining it since its listing in 2009, as it has been the best performing property stock for two years running.

The company, which invests largely in commuter-orientated retail properties across SA, had an active year in 2015. Fortress, the owner of the 88 443 square metre Galleria Mall in Kwa-Zulu Natal, the 35 169 square metre Evaton Mall in Gauteng, the 33 500 square metres Weskus Mall in the Western Cape, clinched the biggest deal in listed property for the year.

In addition, Fortress was included in the MSCI Emerging Markets Index, making it an attractive play for foreign institutional investors. MSCI is a US-based provider of equity, fixed income, and hedge fund stock market indices. Following its inclusion on the index, Fortress’s stock rallied significantly, indicative of the huge demand for the stock and inflow of money. Fortress B shares rallied when its takeover of Capital was announced in July, up until November  2015, by 45.48%. 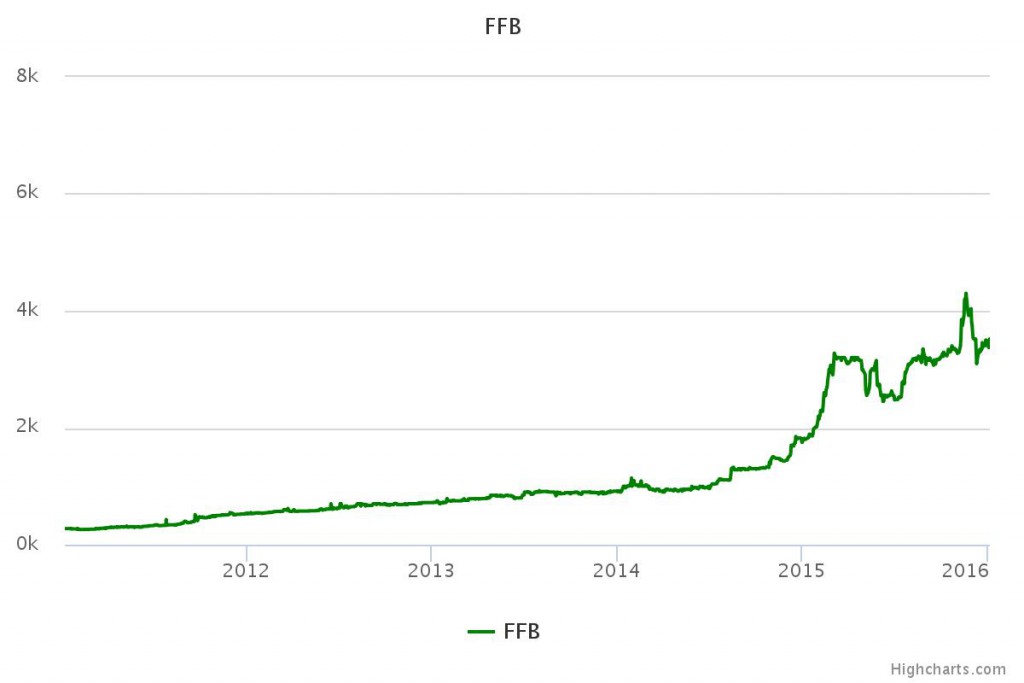 Fortress manages properties worth R6.5 billion and the deal will see it grow the value of its property portfolio to R25 billion and add more office and industrial properties.  The counter has benefited from its offshore equity holding in Romania-focused New Europe Property Investments, London Stock Exchange-listed Hammerson and Rockcastle Global Real Estate Company.

The depreciation of the rand in 2015 against the dollar and euro by 33.37% and 18.93% respectively has had a positive spin-off for Fortress, which derives hard currency earnings from its offshore holdings.

Fortress has an A- and B-linked unit capital structure, designed for investors with different risk and reward appetites. Fortress B shares delivered a total return of 102.82% (including dividends) for 2015, making it the best performing property stock among the 40-odd listed companies on the JSE. The stock continued its market leader status, as in 2014 it delivered a return 100.31%.

Market watchers say Fortress has a strong dividend growth profile, a diversified currency cash flow stream and a fixed debt position, putting it in good stead, despite the interest rate rising cycle in SA and the US Fed raising the benchmark interest rate by a quarter of a percentage point for the first time in nearly ten years.

At first glance, Fortress’s stock may seem expensive; it’s trading at a forward yield of nearly 3% while the sector is at 7%, but industry players say that an investment in the stock can be justified by the company’s strong income and earnings growth.

Listed property has been a good bet, as seen in the unprecedented run of total returns over the last 12 years which has firmly placed the sector as a separate asset class. The FTSE/JSE SA Listed Property (Sapy) Index, a benchmark for the performance of the sector, delivered a total return (including dividends) of 8% in 2015, outperforming equities – the JSE All Share index delivered 5.1%, cash delivered 6.5% and bond prices fell by 3.6%. The Sapy Index rally over the years has been aided by a strong bond yield performance, growth in earnings, listings on the JSE, as well as merger and acquisition activity.