Can retirement reform be successful without compulsory preservation? 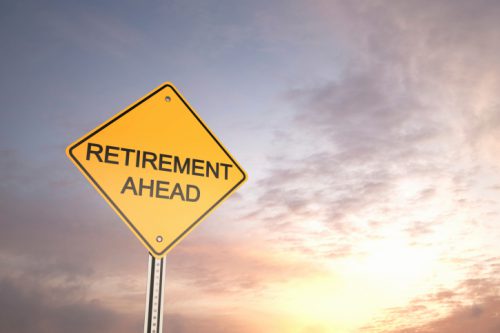 The successful implementation of the retirement reform process may hinge on solving South Africa’s unemployment problem.

From March 1 this year, provident fund members below the age of 55 will no longer receive their pension benefits as a cash lump sum at retirement but will be compelled to annuitise two-thirds of the amount with respect to new contributions (made from March 1 onwards) and where these savings exceed R247 500.

This new requirement, which is already applicable to pension funds and retirement annuities, is an effort to harmonise the tax treatment of retirement vehicles and part of a broader long-term drive by National Treasury to ensure more people can retire comfortably and do not become a burden on the state. The move will likely see pension and provident funds merge over time and will lead to a significant reduction in costs.

Trade federation Cosatu has been vocal in its criticism of the new regulations, arguing they are not in the best interest of its members and that more clarity on social security reform is needed before further changes can be introduced.

Alta Marais, head of pensions research and policy at the Financial Services Board, says there are roughly 5.8 million provident fund, 4.2 million pension fund and 4.1 million retirement annuity members in South Africa. Some members belong to more than one of these vehicles.

The reforms that kick in next month only relate to compulsory annuitisation (in other words, what happens at retirement). Members will still have access to their benefits upon resignation or retrenchment and won’t be compelled to preserve these funds prior to retirement.

But can compulsory annuitisation work without compulsory preservation?

Compulsory preservation is necessary to stop the erosion of pension fund benefits, but given the high unemployment rate in South Africa, this is a very complex issue, Nick Jacobs, chairperson of the Multilect Funds Board of Trustees, says.

Where people lose their jobs and are unable to find another, they don’t really have any other option but to cash in their retirement savings to try and make ends meet, he says.

Unfortunately, this is the economic reality for many South Africans.

Jacobs says while National Treasury would like to introduce regulations to compel employees to preserve their benefits in the long run, it will cause an uproar, as many employees find it difficult to get another job.

“We need an upsurge in the ability to employ people and I am not seeing that happening,” he says.

How we got here

“A pension fund is really a fund to which employees of an employer contributed so that on retirement they would have a substitute for their salaries,” she says.

Individuals are allowed to take one-third of their pension as a cash lump sum at retirement, in order to pay off debt and reduce their liabilities.

Retirement annuities work exactly the same way and are really pension funds for professionals. These vehicles were created to provide a similar instrument for individuals who had to provide themselves with an income in retirement.

Employers wanted to contribute towards an investment mechanism for their workers’ retirement, but at the time the needs of the labour force were different. Upon retirement, many workers returned to their country of origin or their hometown in a rural area and there was a greater need for a lump sum benefit to be paid, as banking facilities weren’t as widely available, she says.

In the early 1980s most retirement funds were defined benefit funds, Jacobs adds. Employees mostly received a decent benefit in retirement, but if they left service before retirement, their contributions were often only returned to them with a small amount of interest. The rest of the money stayed in the fund and was used to finance future payouts to the remaining members. This was unpopular with unions, who went on a campaign to convert as many defined benefit funds as possible to defined contribution provident funds.

“I don’t think they did the world a favour in that. If they pushed them to defined contribution pension funds [which would have required a two-thirds annuitisation in retirement] we would have protected the members’ future income,” Jacobs says.

Provident funds were also appealing to a wider audience.

Because a lot of the traditional corporate pension funds were paying pensions from the funds, keeping track of the individuals after they’ve left service became quite administratively burdensome. As a result, some smaller employers chose to rather make use of provident funds, which could pay the employee a cash lump sum at retirement and be done with it, Higginson says.

Today some employers offer provident funds as a top-up option – employees gain access to a cash lump sum from their provident fund, and use their retirement fund to supply a monthly income in retirement, thereby getting the best of both worlds.

But while the existence of various retirement vehicles provided considerable flexibility, it also added a lot of complexity – particularly with regard to the tax treatment of these vehicles. In 2004, then finance minister Trevor Manuel signalled National Treasury’s intention to address these issues.

“The motivation behind what we are doing at the moment is absolutely correct in my opinion. I would say not more than 5% of the population would be capable of taking a huge sum of money and investing [it] in such a way to sustain themselves through their lifetime.

“It is being badly handled at the moment, but the concept is 100% correct in my view,” Jacobs says.