Drivers to feel pinch as petrol goes up

Gauteng motorists should gear up for a hefty petrol price hike this month.

Octane 95 petrol will increase by 88c per litre at midnight tomorrow, while octane 93 petrol and diesel will go up by 86c and 97c per litre, respectively.

The department of energy said the increase in fuel levies as determined by Minister of Finance Pravin Gordhan were behind the price hike.

“South Africa’s fuel prices are adjusted on a monthly basis, informed by international and local factors,” the department said.

“International factors include the fact that South Africa imports both crude oil and finished products at a price set at the international level, including shipping costs.”

Despite the price hike, the department said the strengthening of the rand against the US dollar during the period under review cushioned the price increases by close to 10c per litre.

“There is no need to panic at this stage.” Paraffin is set to increase by 76c per litre, while liquefied petroleum gas will increase by 110c per kg.

In March, the Automobile Association (AA) of South Africa said the additional 30c per litre fuel levy of petrol was likely to increase to 83c per litre. The AA also expected diesel to go up by about 95c per litre. 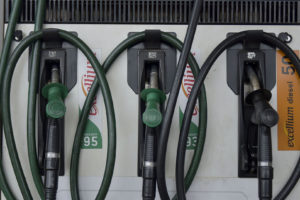 Fuel price: Increase in petrol and diesel for December
4 days ago
4 days ago

Fuel price: Increase in petrol and diesel for December
4 days ago
4 days ago