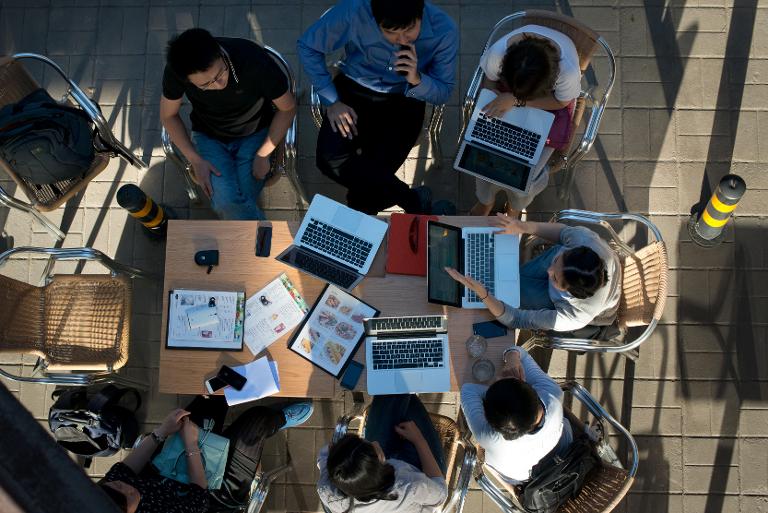 People sit around laptop computers at a cafe in Beijing on May 29, 2013

The approach that South African lawmakers take to regulating internet businesses could make or break the growth of the country’s digital economy, a report from Fifth Era, a Silicon Valley-based investment and advisory firm, finds.

If digital technology is going to have as profound an effect on industries and economies as research suggests, then South Africa should worry about whether tech entrepreneurs choose to launch their businesses here, and whether domestic and foreign investors choose to back internet businesses here, said Matthew C Le Merle, managing partner at Fifth Era.

“If domestic and foreign capital is scared away, the tech entrepreneurs will leave,” Le Merle said.

He was presenting the South Africa findings from the report, which surveyed 475 investors in 15 countries to assess how potential regulation might positively or negatively impact capital investment into internet companies.

The ‘internet investors’ surveyed needed to have a net worth, excluding their primary residence, of $1 million or annual income of $200 000.

The survey found that 89% of global investors view the legal environment as having the most negative impact on their investing activities, while 75% said they are uncomfortable investing in business models in which the regulatory framework is ambiguous.

As lawmakers consider how to regulate areas such as copyright and intellectual property (IP), liability, censorship and privacy and security, they will have to carefully consider not only what to regulate but the pace at which to regulate, Le Merle said.

The challenge for lawmakers is to regulate the ‘10% bad’ while not losing the ‘90% good’, he commented.

For example, investors said they would be deterred from investing if the law allowed for site blocking for alleged copyright and IP offenses or where websites would be obligated to remove content upon a government request without a court order.

Speaking to Moneyweb after the launch of the report, Le Merle suggested that South Africa could develop a competitive advantage over other countries in the area of internet regulation if regulators moved slowly and so derived the benefit of assessing what works and doesn’t work elsewhere.

“I don’t know of any country in the world that does a good job at engaging tech entrepreneurs and the people who back them. If South Africa did this it would put you ahead of other countries,” he remarked.

He highlighted that, often, large firms give input into regulatory policies when ‘they can cope with regulation in a way that tech entrepreneurs can’t’.

“If you’re a lawmaker, engage the tech entrepreneurs and the investors who back them. Don’t put policies in place until they have been tested,” he stressed.

All of the 31 investors surveyed in South Africa said that the legal environment has either modestly or strongly negatively impacted their investing activities.

In line with global respondents, South African investors cited regulatory ambiguity; open-ended liability; tax rules that result in double taxation; site blocking; restrictions on freedom of expression; and the obligation to remove content on websites without court orders, as factors that would make them less likely to invest in internet businesses.

The sentiments of UK and US investors – which Fifth Era identified as leaders in providing foreign direct investment (FDI) to the other economies surveyed – were consistent with those of South African investors in most areas, suggesting that ‘these potential areas of regulation would be expected to reduce FDI as well as in-market capital’, Fifth Era found.

Whereas regulation in other industries places pressure on the profit pool, internet regulation can completely destroy the viability of a company, Le Merle emphasised.

The majority of South African (and foreign) investors agreed that where the government is open-minded about new business models and invests in education and digital skills boosting, they would be more likely to invest in internet businesses. Source: The Impact of Internet Regulation on Investment, 2016, Fifth Era

“Our findings illustrate that there is a risk that potential regulations might greatly curtail or cut off capital from the Internet companies that are driving global innovation, GDP growth and new job formation,” the report said.