Leisure group Sun International has been roughed up by regulators recently. But when it really counted, in the fast-growing Latin American region, regulators obliged and the company has received the green light to merge its Latin American portfolio (Monticello Grand Casino in Chile, the Ocean Club Casino in Panama and the Sun Nao Casino in Colombia) with the casino and hotel portfolio of assets of Chile-based Dreams SA.

The result is the formation of a formidable gaming company in Latin America, which as at June 30 2015, had a combined (pro forma) Ebitda of about $100 million. “The deal is a milestone,” says Sun International CE Graeme Stephens. “It gives the company great opportunities to achieve scale and reach outside Africa and diversify earnings and risk.”

Once the deal is concluded, and once Sun’s new Menlyn Maine Casino is open (scheduled for April 2017), the company estimates that 70% of earnings will be generated in South Africa and 30% in Latin America. 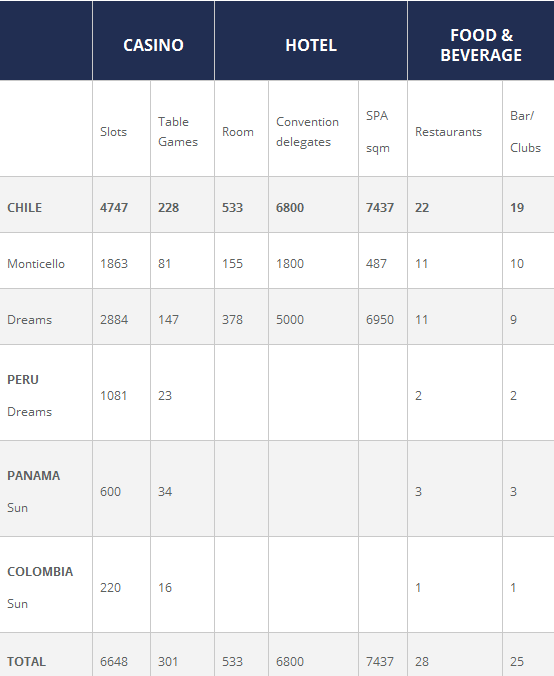 Over the course of the last year Sun has twice found itself frustrated by regulatory proceedings in South Africa. Most recently its proposed acquisition of Peermont was terminated after regulators failed to approve the deal.

Compounding its misery is desultory growth in South Africa. The company reported diluted adjusted Heps down by 19% in the six months to December 2015. A deteriorating growth environment saw casino revenue flat in the year with the only positive being Monticello in Chile which grew revenue by 16% (8% local currency) and is trading back at pre-smoking ban levels.

Hotel revenue was up a modest 8%, assisted by a strong performance from the Table Bay Hotel in Cape Town. The decision to merge its operations with that of its biggest regional competitor was strategic, says Stephens. “To achieve critical mass in Latin America, we decided back in 2013 that we needed to make acquisitions or merge our assets with another meaningful player in the region.”

In addition to accelerating its growth strategy, this merger also diversifies Sun International’s concentration risk, he says. Dreams provides a strong presence in Chile, and an expansion strategy that has seen growth in Peru – which is complementary to Sun International’s expansion into Panama and Colombia.

More importantly, he adds, the deal also provides “an executive management team that comes from Latin America and has significant operational experience in the region”.

The size and scale of the new company will give it the profile, critical mass and balance sheet to expand to the rest of the continent, make meaningful acquisitions and take on larger projects.

Collectively the new company will have thirteen casinos with a total of around 7 000 slot machines and 300 tables.

With a footprint in Chile, Colombia, Peru and Panama the group is also able to focus on Brazil which in March took a step towards amending its gambling legislation. A new bill proposes the introduction of casinos, video lottery terminals and other options such as online sports betting, bingo and casino products.

“Plans are well advanced to expand further in the region,” says Stephens. “We are already investigating opportunities in Brazil which is now opening to gambling, and have plans for expansion in Peru. Despite the current economic downturn, the gaming industry in Chile is still achieving good growth and there will be further opportunities in the next year or so to bid for additional licences in Chile.”

The deal was treated as a merge of equals. The contribution of Monticello and the Ocean Sun (together valued at approximately $400 million) gave Sun International a beneficial interest of 50% of the issued and outstanding shares in the combined company on a fully diluted basis.

The Sun Nao Casino in Cartagena, Colombia, which was completed at a cost of $25 million, will was acquired for cash by the Merged Entity (effectively reimbursing Sun International for its cost of development).

In order to assume control,  Sun has acquired an addition 5% in the Merged Entity thereby increasing its effective shareholding to 55%. It paid $51.3 million for these shares and financed the acquisition through debt (raised in Chile).

The debt in the Latam business has been restructured, says Stephens, and the business has sufficient capacity to fund its expansion plans. “We raised the debt from a combination of Chilean banks, comprising BCI, BBVA, Santander and Itau-Corpbanca. This is a huge vote of confidence in our ability to consolidate, grow and expand further into the region.” 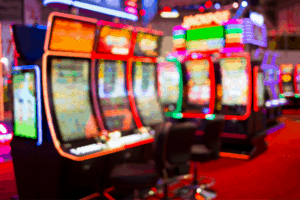