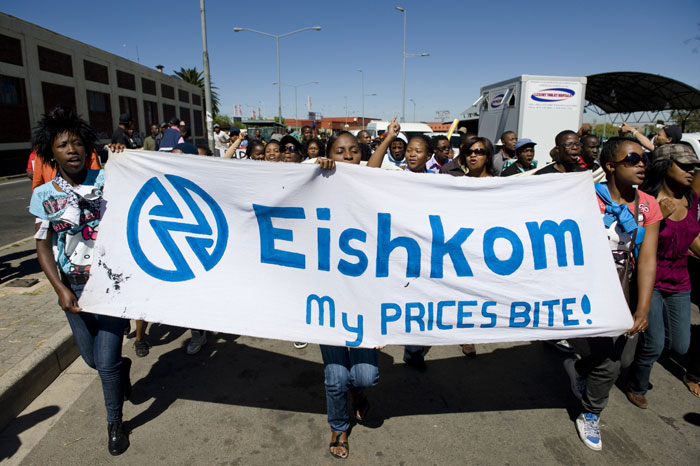 Changes to the methodology to determine Eskom’s tariffs (multi-year price determination(MYPD)) have to be finalised before the utility can submit its tariff application for the next tariff period starting on April 1, 2018.

That means that Eskom will not be able to submit the application by the end of June, as energy regulator Nersa earlier directed.

At a public hearing on Thursday about the proposed changes, Eskom general manager Calib Cassim asked Nersa not to rush the revision of the methodology, but to spend a few months on it. He asked Nersa to host stakeholder workshops and publish the draft methodology for comment before finalising it.

Nersa regulator member for electricity Thembani Bukula indicated that Nersa might agree to extend the timeline.

The changes Nersa has proposed so far would see the regulator play a much more hands-on role with, among other things, more detailed oversight over coal purchases, Eskom’s operations and plant maintenance.

Cassim warned Nersa against unintended consequences of some of the proposed changes.

He referred to the proposed provision that would require Eskom to forecast – with 100% accuracy – coal costs, volumes and quality at least three years in advance. Cassim said that would be extremely difficult to achieve and it is doubtful whether the coal mines would be able to commit to it. Even if they could, it might lead to increased cost, he said.

Cassim said an overly-rigid approach in this regard could result in the unintended consequence of Eskom foregoing other, cheaper generation technologies at any given time in an effort to prevent variance on the coal forecasts it committed to earlier.

Nersa identified inaccurate sales forecasts in the current tariff period as one of the causes of huge interim tariff increases and proposed that variance exceeding 5% be disallowed if it is due to factors within Eskom’s control.

Cassim said it would be difficult to remain within the proposed 5% variance in the outer years of the multi-year tariff period. He proposed that 5% variance be allowed in the first year, 10% in the second and third year and 15% in the fourth and fifth year.

He further proposed that money refunded to Eskom for earlier over-expenditure, through interim tariff increases in terms of the Regulatory Clearing Account (RCA) mechanism, should bear interest.

He also suggested that Eskom give updates on its over- and under-expenditure for RCA purposes every six months. The current methodology provides for quarterly updates and Nersa did not propose any changes to the frequency.

Cassim said the proposed changes would transfer too much risk to Eskom in favour of its customers and suggested it could lead to a ratings downgrade on the back of increased regulatory risks.

AfriBusiness representative Armand Greyling objected to a proposal by Nersa to remove the provision that Eskom’s quarterly updates on over- and under-expenditure for RCA purposes be made public to provide regular price signals to its customers.

He said the applicable legislation provides for transparency, consistency and predictability and places an obligation on Nersa to act in the public interest in regulating electricity tariffs. These objectives would be undermined by the failure to make Eskom’s interim reporting public, he said.

Ted Blom, representing the Organisation Undoing Tax Abuse (Outa), criticised the provision for a reasonable return on Eskom’s assets in the methodology and argued that State-owned companies should operate on a zero-return basis.

The Nersa panel questioned this argument and asked how it would comply with current legislation.

Blom further said Outa supports more regulatory interference at Eskom in the light of Eskom’s inefficiency and with the aim of protecting customers. He said this is however a short-term strategy and in the longer run the market should be opened up to other players.

Nhlanhla Ngidi, representing the SA Local Government Association (Salga), thanked Nersa for heeding Salga’s call for the revision of the methodology. He said Salga supports many of Nersa’s proposals, but asked for specific measurement of Eskom’s maintenance at municipal supply points.

He asked Nersa to strengthen its monitoring of Eskom.

Nico Bruwer, a member of the public who made a presentation, said it looks as if Eskom has an appetite for an endless supply of money. He pointed out that Eskom’s revenue increased consistently and dramatically over the past decade at a much faster pace than inflation, while its sales remained flat.

He further stated that Eskom’s staff numbers increased by 41 % since 2007, which indicates inefficiency in the light of flat sales, and its debt is unaffordable, compared with its annual income.

“We are at a crossroads with Eskom and heading for serious consequences,” he said.

Bruwer asked for proper consultation with stakeholders to develop a new approach that will put Eskom back on a sound footing.