R3bn hotel investment ‘based on trust in SA’

Don’t look at the snapshot only – US ambassador.

The South African Amdec property development group and US-based international Marriott hotel group announced a partnership that will see R3 billion being invested in five brand-new luxury hotels over the next three years, two of which will be built in Johannesburg and three in Cape Town.

This follows a day after the South African Chamber of Commerce and Industry business confidence index fell to its lowest point in 31 years.

Amdec CEO James Wilson told Moneyweb the current deficit of business confidence is driven by disappointment in political leaders, which he suspects might change in the next two years, while the hotels are still under construction.

He said while it is human nature to be swayed by public opinion, one should not overlook opportunities as a result.

Amdec, which bought the highly-successful, mixed-use development Melrose Arch in 2005 and has since trebled it in size, will own the buildings and Marriott will manage them for a period of 30 years.

Wilson emphasised that real estate is a long-term investment. “We build these properties [to last] for 100 years and entered a partnership of 30 years with Marriott.”

He said Melrose Arch, which will be home to the two new Johannesburg properties, is one of the most successful property developments in South Africa with a 99% occupancy – the highest average rental in the country – and the group already owns two very successful hotels in the precinct.

Both will be developed at One On Whiteley, a larger development by Amdec within Melrose Arch to the value of R2.4 billion, that will see the total size of the precinct increase from 250 000 m2 to 300 000 m2.

On completion, Harbour Arch (the current Culemborg node), will comprise seven individual blocks located along a landscaped, pedestrian walkway running the length of the precinct, with a blend of retail, commercial, residential and hotel offerings. It is expected to open in 2019.

The 189-room AC Hotel Cape Town will be situated in Amdec’s The Yacht Club mixed-use development, within the Roggebaai Canal Tourism Precinct, close to the Cape Town International Convention Centre (CTICC) and located as a gateway to the waterfront.

Thursday’s announcement comes two weeks after the closure of Marriott’s $12.2-billion acquisition of the Starwood group.

Marriott CEO Arne Sorenson said Marriott sees great potential in Africa and South Africa, and sees a bright future for the South Africa’s tourism industry. He said South Africa will have the benefit of Marriott marketing its hotels in South Africa to its 85 million loyalty programme members globally.

‘Don’t just look at a snapshot’

US ambassador Patrick Gaspard told Moneyweb at the event that there is a tendency among South African business people to become over-excited on the moment. “The snapshot becomes everything,” he said.

He said South Africa has made a lot of progress over the last 20-odd years and it is understandable that there might be “some economic hick-ups”, especially against the background of global economic challenges and low commodity prices. To add to that, the baseline in South Africa is low with, among other things, low levels of employment, especially among the youth, he said.

“A company like Marriott does not pay attention to the snapshot only”, he said. South Africa has good infrastructure and financial institutions and the people are resilient. “Marriott understands that if it gives proper training there is a lot of potential to be realised,” Gaspard said.

He said that in speaking to American business people about investment in South Africa, there are points of frustration. In this regard, he referred to the recent cumbersome process to close the agreements that ensure South Africa’s continued benefit under the the African Growth and Opportunity Act (AGOA) and issues with the Private Security Industry Regulation Amendment Bill, intellectual property legislation and the time it takes to import electronics.

Gaspard, however, said if parties are honest in recognising such issues, it is possible to work together towards the necessary reform. 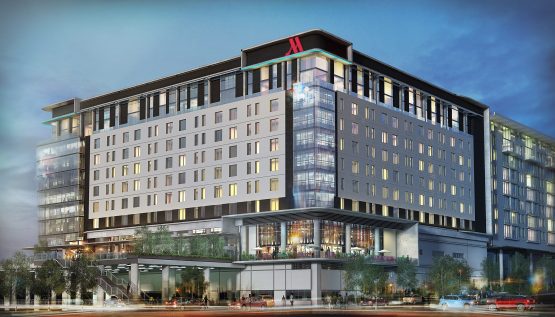 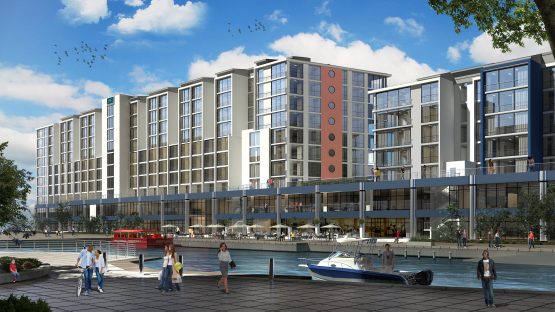