We are going to pay through the nose for SAA

The airline needs around R20 billion to get back on its feet. 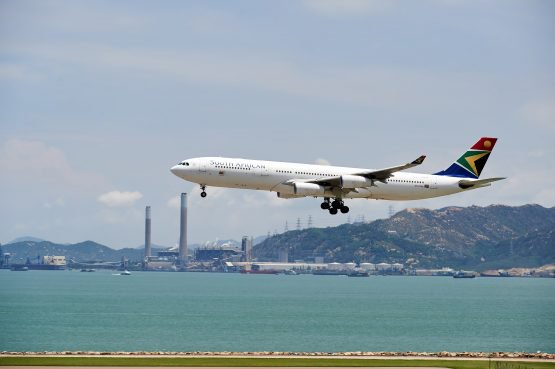 South African Airways is about to tear chunks out of the South African taxpayer’s wallet following the news that Standard Chartered Bank declined to “roll over” the R2.2 billion debt facility it had extended the airline.

This prompted a constitutionally suspect transfer from the National Revenue Fund to pay Standard Chartered the money it was owed. Finance minister Malusi Gigaba, at the opening of tax season on Monday, said that Section 16 of the Public Finance Management Act (PFMA) allows that “on an emergency basis, the Minister of Finance is empowered to take certain actions and take money and use it, but also go to parliament within a stipulated timeframe and account for it”.

But this appears to have come at the expense of the national carrier’s suppliers who, on Monday, reported they had not been paid on the mandatory 30-day terms for services rendered in May.

The other R6.8 billion that was due to mature was rolled over by the banks concerned. “The lenders remain intact and are committed to supporting the airline, and I remain in regular communication with them,” said Gigaba.

So, the attention now turns to the recapitalisation of SAA. National Treasury is loath to extend it more guarantees against which the airline would borrow money because from a cash flow perspective, the picture is dire: in the last two financial years for which records are available (2015 and 2016) the airline came nowhere close to generating enough cash to meet its finance costs. (Cumulatively, it generated negative cash flow of R1.95 billion from operating activities, yet incurred net finance costs of R1.3 billion).

We have since learnt that for the March 2017 financial year end, SAA incurred a loss of R4.8 billion, and is subsequently running at a loss of about R370 million per month (equivalent to R4.44 billion per annum).

The cost of recapitalising the airline

National Treasury had not offered up anyone from its Asset and Liability division – responsible for overseeing the recapitalisation – for an interview at the time of writing. But we do know that SAA currently has until the end of the 2021 financial year end to break even. So, presumably, any recapitalisation would need to remove any adverse cash flow event or further contingent liability from the fiscus until the airline can stand on its own two feet. This would require the recapitalisation to be big enough to sustain operating losses, reinvestment in airlines and equipment, as well as honour any call by creditors for the repayment of the loans, for the better part of the next four years.

An indication was given last year, when the airline put out a request for proposal for R16 billion in long-term debt funding. Given that R2.2 billion of its current funding has just been pulled by Standard Chartered, the requirement is now probably closer to R20 billion, and again, this assumes that none of its current creditors want out in the future.

The recapitalisation of SAA comes at a time when the ruling party is thrashing out policy formulation and priorities. Is it not insane that while black students are forced to go to war on the streets of our country in part to access funding for higher education, the ANC remains committed to bailing out a national carrier, which has zero utility for the poor?

Gigaba summed it up when he said: “It’s been going on for far too long… South Africans are sick and tired of supporting SAA when the airline itself is not demonstrating any sense of responsibility towards affirming the support it receives from South Africa.”

The world’s most famous investor, Warren Buffett, jokes that there is a helpline he phones every time he considers investing in an airline – for the simple fact that they are such poor businesses. Maybe our decision-makers should call it.