The timing may be ripe for South Africans to diversify their property assets in London given softening property prices and a weaker pound that paves the way for discount purchases.

Multiple industry reports and experts are pointing to a loss of housing momentum in the UK spurred by the country’s decision to leave the European Union (known as Brexit) and increasing political uncertainty.

Underscoring this is that property prices dropped by 2.4% in June 2017, the largest drop in prices since 2010, according to Rightmove. The national picture paints a similar trend, with properties across the UK falling by 0.4% in June, the first property price decline since 2009. 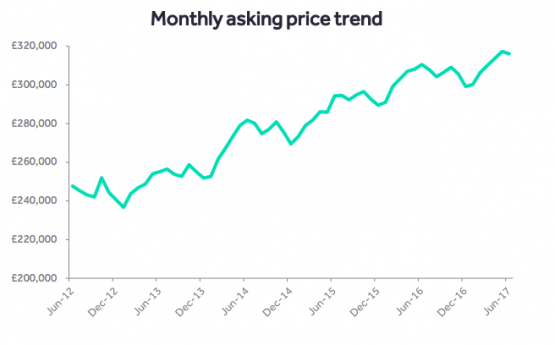 “It now seems certain that we will have continuing political uncertainty, which the housing market traditionally dislikes, and with the first fall in June prices for eight years there is no doubt that the lack of stability is a factor,” said Miles Shipside, Rightmove director and housing market analyst.

The allure for South Africans wanting to purchase properties in the UK is not only falling property prices but a weak rand against the pound. Since the Brexit referendum on June 23 2016, the pound has weakened by 20% against the local currency, which experts say creates a good entry point for property purchases in the UK.

Andrew Golding, CEO of the Pam Golding Property (PGP), said the property group has seen increased enquiries about purchasing investment residential properties in the UK and other offshore markets in recent months.

“There’s sense that from an investment strategy perspective it makes more sense to have both a rand hedge, in the form of a foreign currency investment, and to have a diversified rental stream in London,” Golding told Moneyweb.

“If you take London prices that have reduced in pound terms over the years and depreciation of the pound against the rand, buyers would be achieving on average 30% discount on property purchases.”

Properties located in the south-east and east of London – including areas such as Greenwich, Woolwich, Croydon, Ilford and Royal Victoria Docks – are reported to be popular with South African buyers. Other regional cities including Manchester, Liverpool and Birmingham are sought after, as they are in proximity to infrastructure improvements such as the £16.9 billion-worth Crossrail project in London, which includes 100 kilometres of a railway line that will increase accessibility to central London.

PGP developed an international business over the past 15 years to provide South African high-net-worth individuals access to offshore property markets including the UK, US, France and other regions.

Golding said the inquiries from South Africans to diversify are not only driven by discount purchases but the increasing economic and political uncertainty and house prices that are barely keeping up with inflation in their home markets.

Already a number of property economists have downgraded their 2017 house price forecasts given the worrying state of SA’s economy. Absa Home Loans property analyst Jacques du Toit expects the residential market as a whole to clock up nominal house price growth of 3.5% this year (with a downward risk), markedly lower than 2016’s 5% and 6% in 2015.

But expect to pay taxes when diversifying in the UK, mainly a Stamp Duty Land Tax, equivalent to Transfer Duty tax in South Africa. This UK tax is levied on residential property purchases worth more than £125 000 (R2.2 million).

The rental market in prime central London appears to be under pressure, as according to Knight Frank’s research, landlords achieving flat prime gross rental yield (annual rental income expressed as a percentage of market value) of 3.1% on the back of slow rental growth, flat demand for accommodation and Brexit uncertainty. 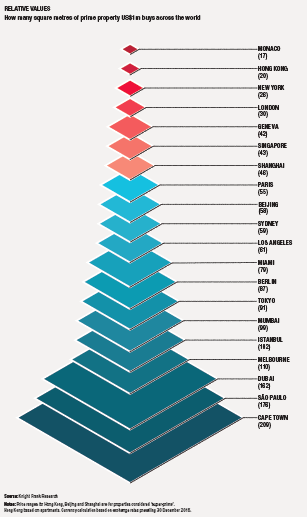