Concern that situation may not improve. 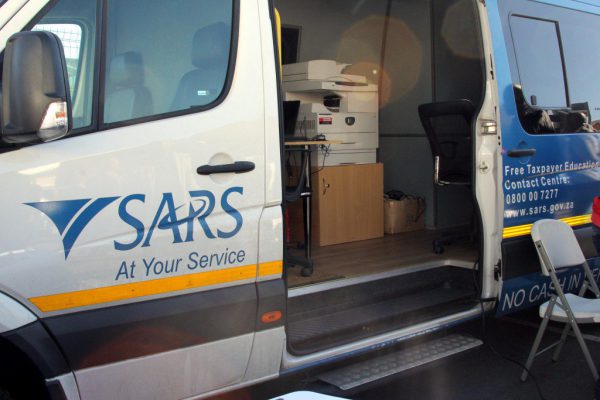 The Tax Ombud has found that the South African Revenue Service’s system allowed it to unduly delay the payment of verified refunds to taxpayers in certain cases.

However, it appears unlikely that its damning findings would significantly improve the situation.

“This [undue delays with tax refunds] has become a systemic issue. The system does not sufficiently protect taxpayers,” Judge Bernard Ngoepe said in his report released on Monday following an investigation into tax refund delays by his office.

Former finance minister Pravin Gordhan approved the investigation in March, after the Ombud received a significant number of complaints over several years.

Sars maintains that the issue affects only a small percentage of taxpayers and that it has to combat tax fraud.

In response to Sars’s assertion that complaints affected less than 1% of refunds, the Tax Ombud warned that the impact of delayed refunds on each of the 1% of taxpayers could be devastating and might even lead to near closure of businesses due to lack of cash flow.

“The problem therefore remains serious. In any case, whereas the 630 credits from the sample given by Sars may indeed constitute less than 0.01% in terms of numbers, their monetary value is however a whopping R25.86 billion,” the Ombud said.

As part of the investigation, industry bodies and Sars made submissions to the Ombud. A provisional report was given to Sars for more input, and some of the issues it raised were discussed with industry stakeholders before the final report was written.

Ngoepe found that a number of the complaints related to unduly delayed refunds were justified.

“The refunds could and should have been paid earlier. In such instances, no satisfactory explanations were given by Sars for the delays.”

“Some of the mechanisms employed by Sars… have justifiably given taxpayers the impression that Sars’ intention is, at least in some instances, to avoid parting with the money it should pay out.”

Ngoepe said the financial hardship caused by the delayed payment of refunds had been drastic in some instances – the amount did not matter.

Chérie Carstens-Petersen, team leader for the technical department at the South African Institute of Tax Professionals (Sait), said the proof was in the pudding. Sars had to accept that there was a problem with its systems and/or processes, and make a plan to fix it as per the recommendations.

She said there was a general tone throughout the report, and in other commentary from Sars, that everything was done in an effort to prevent fraud.

“While this is appreciated, Sars needs to realise that they cannot paint all taxpayers with the same brush. It’s easy to say blame all the delays and extensive processes on fraud prevention – meanwhile, the good taxpayers are suffering while their businesses close down. The systems need to be more stream-lined and efficient with the ability to pick up on fraudulent activity,” she added.

Patricia Williams, partner at Bowmans, said the Tax Ombud had already reached a preliminary conclusion that was sent to Sars, and its responses reflected a defensive, “non-problem solving” approach.

“In the circumstances, absent intervention from other relevant parties (for example oversight and required reporting from the Minister of Finance), it appears unlikely that publication of this report would result in substantial change by Sars.”

Williams said Sars was quoted as referring to the system blocking refunds, either when new returns were created or filed or when different tax periods were audited, which was unlawful, and yet it did not indicate any action taken to remedy the unlawful action that was clearly systemic in nature.

Gerhard Badenhorst, director for tax and exchange control at Cliffe Dekker Hofmeyr, said the report was to be welcomed as it confirmed the experience of taxpayers generally that their refunds were being unduly delayed in certain circumstances.

Badenhorst said it was of concern that Sars attempted to justify its actions which caused the delayed refunds, even though it was found to be in contravention of the Tax Administration Act.

“The delay in the payment of refunds, in particular VAT refunds, has a substantial impact on businesses, especially small businesses which have limited access to working capital, and which rely heavily on the timeous payment of VAT refunds.

“We can only hope that Sars will seriously consider and implement all the recommendations of the Tax Ombud in an attempt to improve the timing of the payment of refunds,” he added.

Ngoepe said Sars was confronted with a problem of fraudulent refund claims and that some of the measures it put in place had to be understood in this context. However, once the verification or audit process was completed, undue delays could not be justified. Some examples showed that this was not happening.

“It was commendable to pay out as many taxpayers as possible as Sars says it did, however that would be of no comfort to a taxpayer whose refund remains unpaid, and who may be enduring financial hardships.”

Ngoepe said the removal of the obstacles would go a long way towards addressing the problem. The report includes recommendations to address the obstacles allegedly placed by Sars to delay the payment of refunds.

Sars said it had implemented certain corrective measures, and was committed to continue to do so in order to close the gaps identified in the report.

“It is unfortunate that the Tax Ombud has arrived at the conclusion that the obstacles are systemic in their nature, as they are the exception rather than the rule,” it added.