At its current price, is Steinhoff a buy?

NASTASSIA ARENDSE:  The current Steinhoff saga has been described as the biggest business news story of the year. It culminated in massive value destruction for investors who though they’d invested in a company that was well managed.

I spoke to Simon Brown about the dangers of investing in tanking companies.

SIMON BROWN:  Nastassia, you are right about that. We know frankly very, very little around Steinhoff right now.

Three things we can identify. One is the CEO has been fired for what is frankly fraud.

Two, they are going to have to redo numbers, and try and work out what the story is. If the company doesn’t know there is no chance that shareholders do.

And the one piece of hard news we do have is that they’ve got about R100 billion that they suddenly discovered is missing. Let’s put that R100 billion into perspective. In the mid-term budget policy statement the finance minister said that South Africa as a country was missing R50 billion in revenue shortfall. So Steinhoff has a hole twice the size of South Africa’s entire economy.

Those three things together tell you that it is somewhere between exceedingly bad and very bad. With that limited amount of information, we just stay away from it, we absolutely stay away.

NASTASSIA ARENDSE:  What were the warning signs for you? Some of the guys I’ve spoken to said, well, back in the day they didn’t really understand the numbers. They wouldn’t know how to interpret what was actually happening, where the money was going or where it was coming from, because the results were so complicated.

SIMON BROWN:  Exactly. That for me was the case. It was six or seven years ago that I had a look at the Steinhoff results and I was trying to understand the balance sheet, which at its core should be a simple process – one side assets, one side liabilities – and I couldn’t make sense of it. So I thought let me tackle the debt, because debt is then surely the simplest of the simple. I couldn’t even work out what their debt balances were and the like. At that point I just thought this is too complicated for me. I make no bones about it, I’m not the smartest analyst out there, but it was just intensely complicated. And if I can’t work out the debt level – if you can’t work debt out – you frankly know nothing about the company.

So thanks, but I took a pass on that. Fortunately I have never been invested in it. It is important that even if we are not the experts, we need to invest in companies we can made sense of. And if we can’t make sense of them, that’s fine, we move on and find those that we can.

NASTASSIA ARENDSE:  In between all of this I can imagine there are people who are buying, which explains why this thing is falling. For there to be sellers someone has to be buying. Are they buying it because they are hoping for the best, or they are thinking this is some kind of long-term investment and things could be okay?

SIMON BROWN:  I think that’s about it. The one set of buyers of course comprises short sellers. Now, what short sellers have done is they’ve borrowed stock at high levels, and they sell it into the market, and they profit as it falls. And for them to close that position they need to buy it back. So there are certainly some buyers in the short sellers.

But when I think there are folks saying, “Oh, you know, R5 or R8 or R10 – there must be value here. We’ll put it in our bottom drawer and we’ll hang on to it,” my answer is simple, back to what I said up front. We have no idea what the story is, we have no idea if there is or isn’t value. So frankly we are gambling with it.

And even if Steinhoff survives – and that’s becoming less likely by the day as things go – the return to profitability and more importantly a reputation that they’ll have to get back is going to take years and years. We’ve seen it with other companies. Even if there is something there in Steinhoff, this price is not going anywhere for a heck of a long time.

NASTASSIA ARENDSE:  I was having a conversation with Chantal Marx from FNB Securities, and we were talking about the contagion and how far this thing has spread. It’s the fund managers who are on the losing side as well that bought into this – Coronation, Foord Asset Management, etcetera.

But the blame has solely been on the asset management industry. She was just highlighting the fact that, as much as the auditors also need to bear responsibility, it’s one of those cases where everything was so well hidden that even if you did spot something it would take some serious research and doing your homework.

SIMON BROWN:  Absolutely. I think Chantal is spot-on. Certainly the asset-management industry takes some blame, but I think you are right about the auditors. They also take some blame. They’ve been signing off on these audited results forever. And of course the management of the company at the same time are going to share the biggest amount of blame. At this point it’s only the CEO, Markus Jooste, who has taken any – albeit the last set of results was signed off also by the CFO and the COO. They can’t claim ignorance. Or, if they want to claim ignorance, they’ve got to admit they weren’t doing their job very well at all.

So there is certainly I think a lot around here, which is a case of folks blaming one side. There is a lot of blame to go around. You are very right on the research. There is a report  by Viceroy which has been circulating this week. I heard an interview with one of them and they were saying they worked three months solid to generate that report. They were working nights, they were working weekends. It wasn’t an easy unravelling.

As I said a moment ago, I took the easy response. I spent an hour or two and couldn’t get to the debt level and walked away. Viceroy spent three months burning the midnight oil to try and get an answer, which ultimately for them came out as this being an absolute out-and-out fraud.

NASTASSIA ARENDSE:  Simon, thanks for your time. 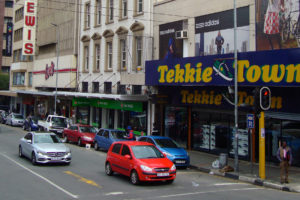 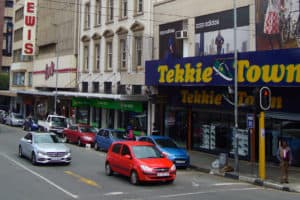 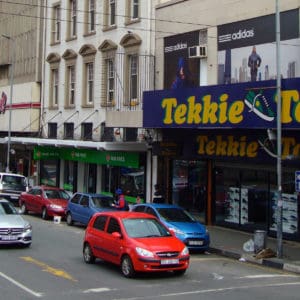