Is there a witch-hunt for the next Steinhoff?

In an environment of negative sentiment, mispricing may create opportunities. 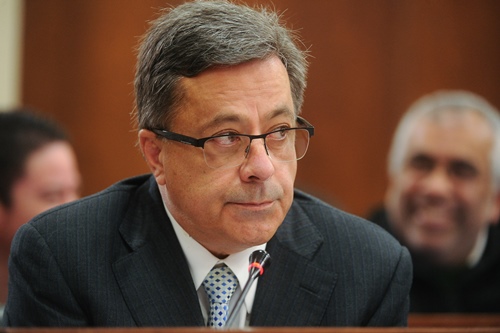 In the aftermath of Steinhoff’s spectacular meltdown, there have been various examples of local firms whose share prices have fallen significantly more than one would have expected after even the slightest bit of bad news.

Still bruised from the losses suffered in what will possibly be remembered as South Africa’s biggest corporate scandal, investors fled for the exits at any sign of trouble, scared that history would repeat itself.

Of course, three years of very disappointing local stock market returns have fuelled a lot of negativity and short-seller Viceroy’s reports didn’t help. And with Steinhoff’s demise having highlighted the problems posed by a charismatic leader, an acquisitive growth strategy and a lack of disclosure, these issues remain top of mind when other firms are analysed.

There are numerous examples of companies that have experienced sharp share price declines over the past 16 months – even if only temporarily – including Capitec, EOH, Tongaat Hulett, Aspen and the Resilient Group.

The power of a negative headline

Speaking at the Investment Forum 2019, Shaun le Roux, portfolio manager at PSG Asset Management, said that in an overall environment of terrible sentiment, negative headlines can have a pronounced impact on share prices.

“If you are reading the press and following social media it almost feels like there is a witch-hunt for the next Steinhoff on the go, and that is an environment in which mispricing is more likely to occur.”

But there may also be an opportunity to use these kinds of events to one’s benefit.

Le Roux says investors should do their homework, avoid the landmines and invest in companies that are going to be mispriced in such an environment because the return profile should be very attractive.

Unfortunately, humans are poor at understanding statistics and probabilities.

Gavin Wood, chief investment officer at Kagiso Asset Management, says one of the biggest mistakes people make is to take a small number of events and use them to make a rule, even though the events are unrelated.

While there was one particular case where the share price collapsed due to corporate fraud, at Steinhoff, there were others where share prices were too high and corrected.

This has resulted in a situation where investors overreact as soon as there is some trouble or a Viceroy report.

“I think there is a huge opportunity that [this] presents to investors who have a long-term view and are doing their homework,” says Wood.

The South African market is not particularly familiar with short-sellers, and some of the hype Viceroy created around management, acquisitive growth or the lack of disclosure was overdone.

But while scepticism can be a good thing where it is warranted, it becomes problematic where a short-seller exploits a platform to distribute one-sided or selective information that distorts the picture and causes panic, Wood says.

This is particularly problematic with regard to companies in the financial and banking sectors, he adds.

Banks are generally highly leveraged and require investor and depositor confidence to operate.

“If there is misinformation sowed about them, I think it can be quite a damaging activity and I think to Capitec’s credit they went out and addressed the concerns head-on, put lots of information out into the market and weathered the storm,” Wood says.

Jacques Plaut, portfolio manager at Allan Gray, says while this can be quite damaging for a bank, it gave them a fantastic buying opportunity for Capitec.

He says it is difficult to understand why investors got rid of their Capitec shares because of Viceroy’s opinion, which relied on the bank’s annual reports, filings and court cases – information that was already available.

“If you own Capitec you should know that stuff.”