GDP for the first quarter shows stronger than expected economic activity while the country was in the midst of the Covid-19 second wave. 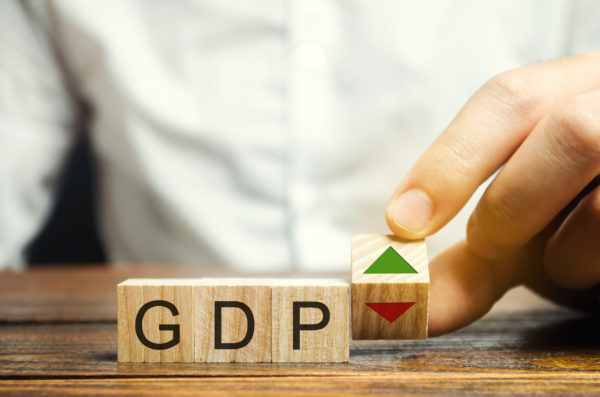 Real gross domestic product increased at an annualised rate of 4.6% in the first quarter of 2021, following an increase of 5.8% in the fourth quarter of 2020.

Unfortunately, this good news will largely be overshadowed by the losses brought about by load shedding and negative consumer and corporate sentiment.

In addition, independent economist Elize Kruger says while the increase in GDP is welcomed, the year-on-year growth rate is still in negative territory compared to the first quarter of 2020.

“This indicates that production levels in the economy have not recovered all lost ground yet and in actual fact, based on GDP forecasts for the next three years, the South African economy will only be back at pre-Covid levels in 2-3 years’ time.”

She says regular bouts of load shedding, low confidence levels among households and corporates, the high unemployment rate, a high tax burden and high administered prices are all factors that will continue to place a lid on South Africa’s potential growth performance.

ALSO READ: SA’s economy has mining sector to thank as it grows by 1.1%

Pieter du Preez, senior economist of NKC, agrees that the latest GDP figures, like the previous two releases, surprised on the upside by beating expectations. “The consensus view stood at 2.5% quarter-on-quarter for the first quarter, but the annual decline was in line with consensus.”

He says GDP for the first quarter shows that economic activity was stronger than expected at a time when the country found itself in the midst of a second wave of Covid-19 infections. “Given the better than expected start to the year, we will revise our baseline GDP forecast of +3.1% for the year higher in our next forecast round.”

According to Du Preez, the onset of the third wave of infections will only have an effect during the last part of the second quarter, depending on its severity that will probably continue in the third quarter.

However, electricity outages, which intensified during the second quarter, will have a dampening effect on economic activity, he points out.

Dr Elna Moolman, head of SA macroeconomic, fixed income and currency research at Standard Bank, says the bank was more optimistic than the (3.2%) consensus forecast about economic growth in the first quarter, but the 4.6% seasonally adjusted and annualised expansion exceeded even its expectation of 4%.

“We still think that there is generally too much pessimism about economic growth this year. Even our 4.6% growth forecast, which may seem very strong relative to SA’s average growth in recent years, would just be a partial recovery from the sharp 2020 GDP contraction.”

She pointed out that while the headline growth rate was stronger than expected, the general themes were in line with the bank’s expectations. This includes strong consumer spending growth that helps to drive the economic recovery ahead of the more protracted recovery expected in fixed investment.

According to Moolman, a key driver of this year’s growth will probably be strong support from the global economy, particularly from elevated commodity prices. “The impact is increasingly boosting not only economic growth and the trade and current account balance, but also implying a windfall for the fiscus.”

Hugo Pienaar, chief economist of the Bureau for Economic Research at the University of Stellenbosch, says GDP growth is definitely much better than the Bloomberg consensus of 3.2% and even the bureau’s above-consensus view of 3.8%.

“The forecast miss is partly due to a lower base in the fourth quarter of 2020 as those figures were revised somewhat lower to 5.8% from 6.2%. In terms of sectors, the big upside surprise came from the finance sector, which expanded by a strong 7.4%.”

He says that analysts will now probably upgrade their real GDP forecasts for 2021 as a whole. “Despite load shedding and Covid-19 third wave risks, the economy is now likely to grow by well in excess of 4% during 2021.”