The middle class is surviving the pandemic and its challenges to their financial well-being by doing more than one job, which means they can continue paying tax. 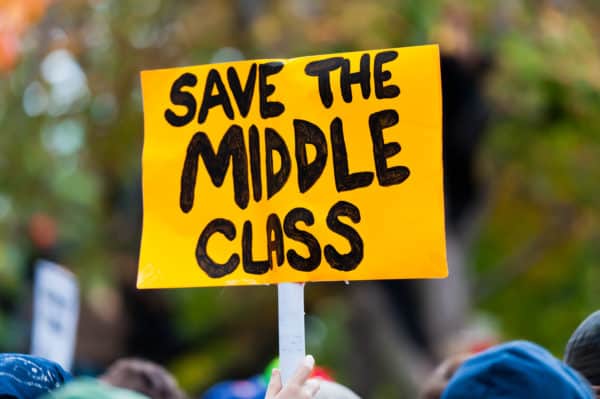 The middle class, made up of about 29% of South Africans, is doing well at handling the Covid-19 pandemic fallout, according to a new survey, as well as various indicators.

The middle class, made up of the lower and upper middle classes, usually live in urban centres and are exposed to retailers that sell imported products. They are cost-conscious because their salaries are not as high as those of the middle class in many other nations.

Be that as it may, according to First National Bank, the average income for South Africa’s middle class had already recovered to levels seen before the government imposed a lockdown in late March 2020 in September last year, with retail and private banking customers who earn a monthly gross income of R10,000 to R60,000 regaining their financial position on par with levels of February 2020.

According to the latest BrandMapp consumer insights survey, which investigated how mid-to-top-income South Africans are dealing with the issues around the pandemic and lockdowns, it is not all doom and gloom for the middle class.

BrandMapp provides a look at the opinions of a mega-sample of 30,000 South Africans living in households with an income of R10,000+, representing 100% of the country’s tax-paying base and 80% of all consumer spend.

“When we look at the Treasury figures for 2020-2021, it shows that South Africa’s middle-class has been surprisingly resilient in the face of Covid-19 with less than 5% of the total 5 million-odd individual earners in the R10,000+ segment falling out of that tax bracket,” says Brandon de Kock, director of storytelling at BrandMapp.

“The worst pain was felt by people earning less than R10,000 per month and that is where the big job-losses have come from. This can be regarded as testimony to the stability and resourcefulness of our middle class: it has been bruised by the pandemic, but not broken.”

He says this is a good thing because those five million people are responsible for paying more than 90% of all personal tax.

Professor Jannie Rossouw from the Wits Business School agrees that the middle class survived the pandemic surprisingly well so far, but he points out that it is clear that people used debt to survive if household debt is considered.

However, he believes the survival of the middle class is a good thing from the perspective of tax collection.

The age of the ‘slasher’ worker

De Kock ascribes it to the fact that they were privileged enough to be well-educated which is “definitely the boarding pass you need to travel middle class and up in this country”. He also points out that South African middle class workers have also become “slasher” workers, where people wear multiple hats when it comes to work, such as being an actor, writer and director.

He says that 63% of people said in 2019 they had no sources of income besides their main jobs. At the beginning of lockdown, this changed to 59% and now, a year later, it dropped to 54%.

“If you look at the people reporting that they now have their own small business, are involved in other economic activities, have a home industry or a second job different from their main work, 35% of middle-class South Africans are today’s real slashers.”