The creation of a provincial-scale bus system instead will be the ‘most appropriate solution to mass transit’, the AA said. 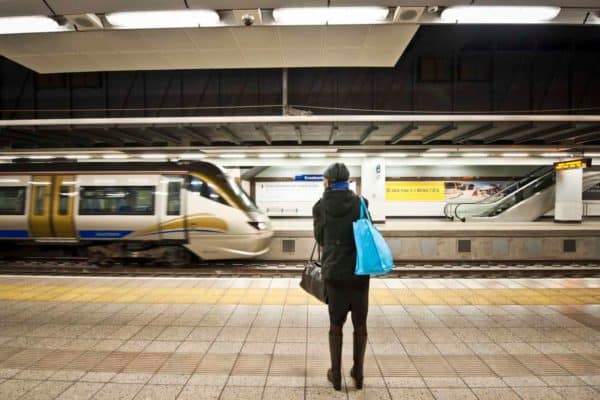 The Automobile Association (AA) has called on the Gauteng Provincial Government to reject proposed route extensions to the Gautrain rapid rail network as it will perpetuate a system that caters for the minority of citizens in the province instead of the mass market.

In a detailed submission, the AA also highlighted several factors it believes negate the extension of Gautrain, including the fact that the current demand on the system is low and economic viability cannot be established within reasonable risk parameters.

However, the Gautrain Management Agency (GMA) stressed that the route of the proposed extensions to the Gautrain network has not yet been finalised.

The GMA said the route determination process that is currently underway is legislated through Section 6 of the Gauteng Transport Infrastructure Act (GTIA), which is the first step in the process of defining the rail reserve for the future railway line for the Gautrain Rapid Rail Integrated Network (GRRIN) project.

It said the purpose of this process is to identify the best possible route, which, when determined, results in a strip of 200 metres on either side of the proposed alignment that will be protected by the Gauteng Province.

The GMA said it responds to all of the comments it receives and these comments and responses are collated into a report that, together with the proposed route alignment documentation, is presented to the MEC for Public Transport and Roads Infrastructure (MEC) for consideration as part of the process to determine the final route.

“The next step in the process is to undertake the preliminary design of the proposed railway system and include a full Environmental Impact Assessment (EIA).

“This is also a legal requirement in terms of the GTIA and entails further consultation with all interested and affected parties,” it said.

The current Gautrain network comprises 80km of rail along two route links: a link between Tshwane and Johannesburg and a link between OR Tambo International Airport and Sandton.

Gautrain 2 proposes building another 150km of rail and a further 19 stations, with the proposed first phase comprising a new line from Marlboro through Sandton and Randburg to Cosmo City and then to Little Falls.

Lanseria is the ultimate destination for a proposed rail service running east-west between the two airports in a later proposed phase.

The second phase of the proposed expansion will extend the line from Little Falls through Roodepoort to Jabulani in northern Soweto.

Three more proposed phases are envisaged to complete the network.

The GMA has been engaging with National Treasury about the proposed Gautrain expansion project, including other sources of funding for the proposed project and the need to move people off the roads and away from carbon-intensive modes of transport.

It emerged during a virtual panel discussion in September 2020 that motorists and taxpayers were set to become the cash cow to enable the government to reduce its percentage of the funding of the multi-billion rand proposed expansion of the Gautrain.

GMA CEO William Dachs said: “We firmly believe the people in cars don’t pay their fair share in terms of the taxes that they pay and the failure of the e-tolls system has perpetuated that problem.”

The AA said the Gautrain does not carry enough passengers currently and spending valuable financial resources now to continue with a system that does not have a demand, at the expense of better, more efficient, and more affordable transport does not make any sense.

“We are in favour of alternatives that provide solutions to vehicle usage and which reduce pollution and congestion, but the Gautrain is not that solution,” it said.

The AA added that low usage of the Gautrain put additional pressure on the province’s transport budget, which effectively means other transport options are not properly funded and again disadvantages the mass market, which needs it most.

The AA is also critical of the patronage guarantee, a subsidy to the Bombela Concession Company (BCC), which operates the Gautrain, when its total revenue is below a contractually agreed amount.

It said the patronage guarantee is “a disgraceful and outrageous agreement which has cost taxpayers almost R12 billion since 2012 just because not enough people see value in using the Gautrain”.

The AA urged the Gauteng Provincial Government to invest heavily in the creation of a provincial-scale bus system as the most appropriate solution to mass transit in Gauteng.

“The provision of safe cycle lanes and solutions for those who walk the ‘last mile’ to work and home must also be considered. This has inexpensive infrastructure requirements and will integrate with all other modes of transport.

“It will also encourage non-motorised transport and bring cost-effective travel within reach of all citizens,” it said.

The AA said instead of solving the province’s dire transport crisis, the Gautrain has become “a system for the well-off who in any event have access to other modes of transport”.

“To extend the Gautrain services now is economically inappropriate and unacceptable, and the process should be halted immediately,” it said.

The Competition Commission said in February 2019 when it released its preliminary report into its market inquiry into land based public passenger transport that it believed the Gautrain was a big policy mistake.

It recommended that the Gauteng provincial government take over Metrorail and integrate it with the Gautrain to run “a single system that doesn’t separate people according to class”.

It said the outcome of this affirmed, among other things, that the passenger rail network should form the backbone of a modernised and integrated transport system in the province.

The GMA said the Gauteng MEC for Roads and Transport in 2014 commissioned the agency to develop a comprehensive strategy to improve mobility in Gauteng, which entailed conducting a comprehensive feasibility study to investigate possible extensions to the Gautrain.

It said this feasibility study, completed in 2016, concluded that the Gautrain extensions will provide significant economic and transport-related benefits.

These included transformational impact on the Gauteng economy; the modernisation of public transport; greener transportation solutions for a healthier community; passenger access and mobility; improved spatial development; environmental impact; increase in local content; business development; and the creation of jobs and poverty alleviation.

The GMA said this feasibility study is currently subject to the National Treasury approval process, which will enable the commencement of the procurement for Phase 1 of the extensions project.

“The GRRIN extensions will therefore form part of a modernised and integrated transport system that enables sustainable mobility in the future and thus are part of the entire public transport system in Gauteng and not only the Gautrain service,” it said.