An offer of four weeks’ notice pay, leave pay and a week for every year worked was put on the table for Mango airlines staff. 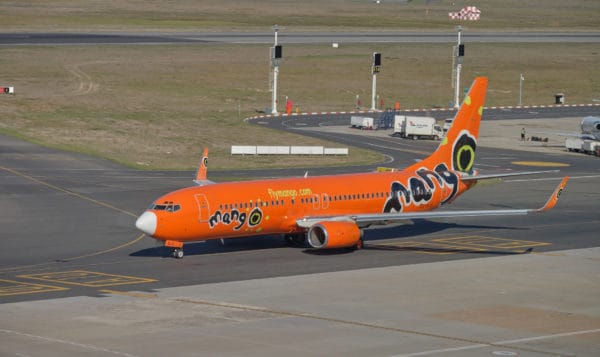 Unions representing Mango staff will head to court to file an application for the airline to be placed in business rescue.

Mango airlines’ lowest-paid staff have drawn the shortest straw, again. In its first round of voluntary retrenchment offers to non-pilots and non-management, the ailing budget airline put the legal minimum package on the table.

In a circular seen by The Citizen, an offer of four weeks’ notice pay, leave pay and a week for every year worked was put on the table, along with the roughly eight months’ back pay due to Mango staff who took voluntary pay cuts last year to aid its survival.

Employees have until month end to accept or decline Mango airlines’ offer.

The letter to staff states that “due to the company’s fleet not being operational, the company has been unable to generate revenue resulting in an inability to provide work for employees.

“The overhead costs associated with a non-operational business are prohibitive and could decimate any working capital required to restart the operations of the company once the fleet has been restored to flyable state. With our employees being a critical success factor in our business, the company is desirous to explore all viable options to avoid any need for, or even contemplate retrenchments, while at the same time curtailing the significant standing costs.”

Mango Pilots’ Association told members: “There will be restructuring required, however, a formal retrenchment process will only begin once the business rescue plan is published and accepted. It is hoped to receive enough voluntary severance package applications to avoid this.”

Last week The Citizen reported that Mango’s business rescue plan allegedly includes a fleet reduction to four aircraft and, at current ratios, may mean that up to 500 jobs would have to be culled.

READ NEXT: Mango Airlines may be on runway again soon